Al Roker truly is as inspirational as it gets! Fans of the star know just how committed he is to his health following his weight loss and cancer diagnosis, and he just proved how it has seriously paid off.

The beloved weatherman never misses a day to update fans as he takes one of his daily – and lengthy – walks to get his steps in, and his latest walk is extra special.

Al has inspired fans to take after him and join him on his commitment to getting 10,000 steps a day, and Today just revealed that he has officially made it to a whopping 210 consecutive days of walking all those steps.

WATCH: Al works up a sweat in his impressive home gym

He never lets a day go by without accomplishing his impressive routine, whether he needs to walk in an airport terminal or wake-up even earlier than his already early call time to do it, and it has undoubtedly been worth it.

Since his commitment, which started approximately the very first week of 2022, Today reports that the host has not only walked the Brooklyn half marathon, but he has also lost 45 pounds thanks to his walking routine and “low-carb diet.”

The impressive milestone comes following a difficult weekend for Al and his followers, as he took to Instagram to share three consecutive tributes to iconic stars who passed away within hours of each other. 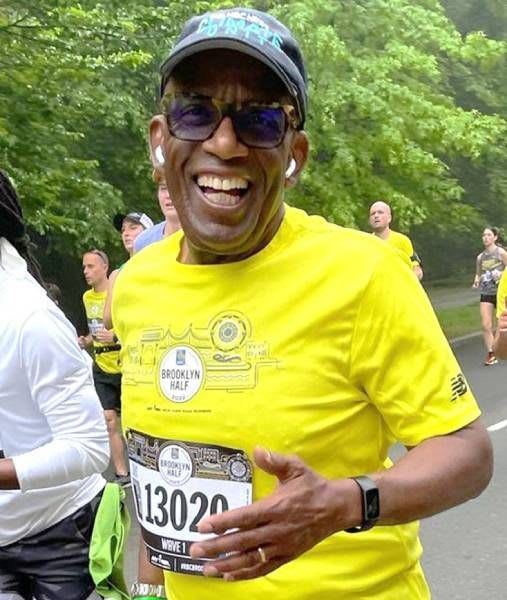 As someone involved in media and entertainment for several decades, the father-of-three felt their passing, and honored the lives of Bill Russell, Nichelle Nichols, and Pat Carroll.

For Bill, who played for the Boston Celtics from 1956 to 1969 and is considered to have revolutionized professional basketball, Al shared pictures of some of his career wins, including one of him receiving the Presidential Medal of Freedom from President Barack Obama.

He also paid tribute to actresses Pat and Nichelle by highlighting their unforgettable roles. Nichelle made history for playing Lt. Uhura in Star Trek, and sharing the first interracial kiss on network television, while Pat is remembered for voicing the iconic Ursula in The Little Mermaid.

A follower of Al’s acknowledged what a mournful weekend it had been, writing: “Mr. Roker… Thank you for sharing this info about the passing of another life that brought so much joy to so many. But today has been one heck of a rough day for this kind of celebration… Ms. Michelle Nichols, Mr. Bill Russell and now Ms. Pat Carroll. I think I need this day to be over…”