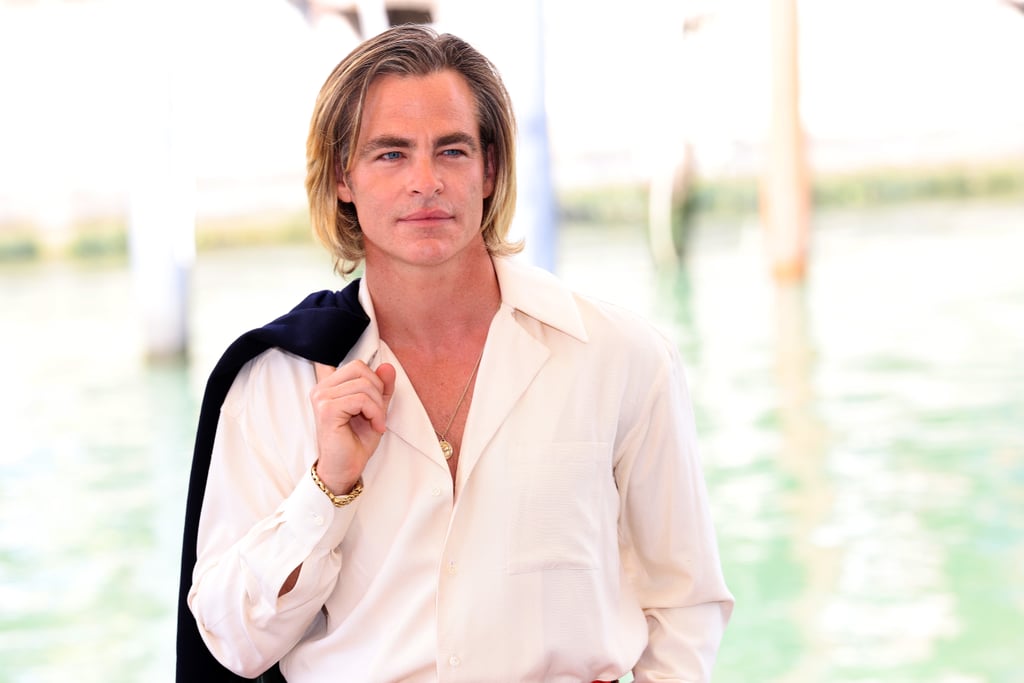 Chris Pine is embracing his natural color again. The “Don’t Worry Darling” actor debuted his new salt-and-pepper hairstyle — a short crew cut and a groomed beard that showed off his grays — at the Children’s Hospital Los Angeles Gala on Oct. 8, where he attended alongside his father Robert Pine.

Pine’s new haircut is quite the transformation from his previous style that divided the Internet last month. On the “Don’t Worry Darling” press tour in September, the actor sported luscious, shoulder-length blond hair with hints of gray and brown, parted to the side with flipped ends. As the subject of many memes during the tour, his shaggy blond look didn’t go unnoticed by fans.

Before the blond, Pine had worn his hair gray in the same shoulder-length style, though he’d also grown out a bushy, salt-and-pepper beard to go with it. “I guess it’s like, equal parts laziness and equal parts something I may do in the future here,” he said of the look back in March 2022. “If there’s any excuse not to shave and have makeup put on . . . it’s mostly laziness.” Perhaps the fresh chop is for an upcoming role.

While Pine has sported many iterations of the classic crew cut in the past, his latest look may be his sleekest yet. See more photos of the actor’s new hairstyle ahead.

Beach Workouts Can Be Torture—But This One Is Worth It

How to do your own eyebrows at home