Kelly Ripa is getting as honest as it gets about what her husband Mark Consuelos was really like when they were about to welcome their children.

The star is not one to shy away from occasionally throwing her husband under the bus with her cheeky and candid comments, and her latest is no exception.

The longtime pair have been married since 1996, having eloped a year after they met and started dating on the set of All My Children. They share three kids together; Michael, 25, Lola, 21, and Joaquin, 19.

MORE: GMA3 welcomes back major host after break – but who is it?

Kelly took to Instagram to hilariously air her grievances on Amanda Hirsch’s Not Skinny But Not Fat official Instagram page, where she reshared a post from the Today Show asking what people’s partners were really like while they gave birth.

“What is one thing that your partner did, said or brought to the hospital that really helped you through your birth experience?” the Instagram post read, citing an expecting dad as the man behind the query.

Kelly did not hesitate to reveal what Mark was really like throughout her three births, confessing that one of the things he said was: “Do you mind if I eat?”

The star did not hold back

Talk about bad timing! And it didn’t stop there. The morning show host doubled down, adding that another one was: “I’m going to the batting cages since you’re going to be here a while.”

MORE: Lara Spencer poses with her ‘TV twin’ and you won’t believe who it is

Fans immediately sympathized with the mother-of-three, and both raved and were shocked about her confession, replying to her in the comments section with: “Omg nooooo,” and: “Batting cages is next level,” as well as: “Straight to jail!” 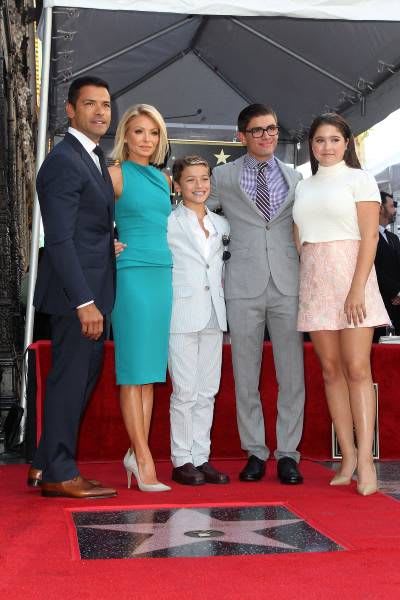 The Consuelos-Ripa bunch are a tight-knit family of five

The couple’s three kids are all grown up now, and each have embarked on different career paths.

The eldest, Michael, is striving to make his way in the film industry, having appeared as a younger version of his father’s character in Riverdale.  Meanwhile, Lola is an aspiring singer, currently spending some time abroad. She released her first single Paranoia Silverlining, in 2022. Their youngest, Joaquin, is studying at university in Michigan, where his parents have rented a home.

Want Skin Like Jennifer Aniston's? You May Need a Higher Pain Tolerance