Home » Beauty » The Cultural Significance of Tattoos Around the World 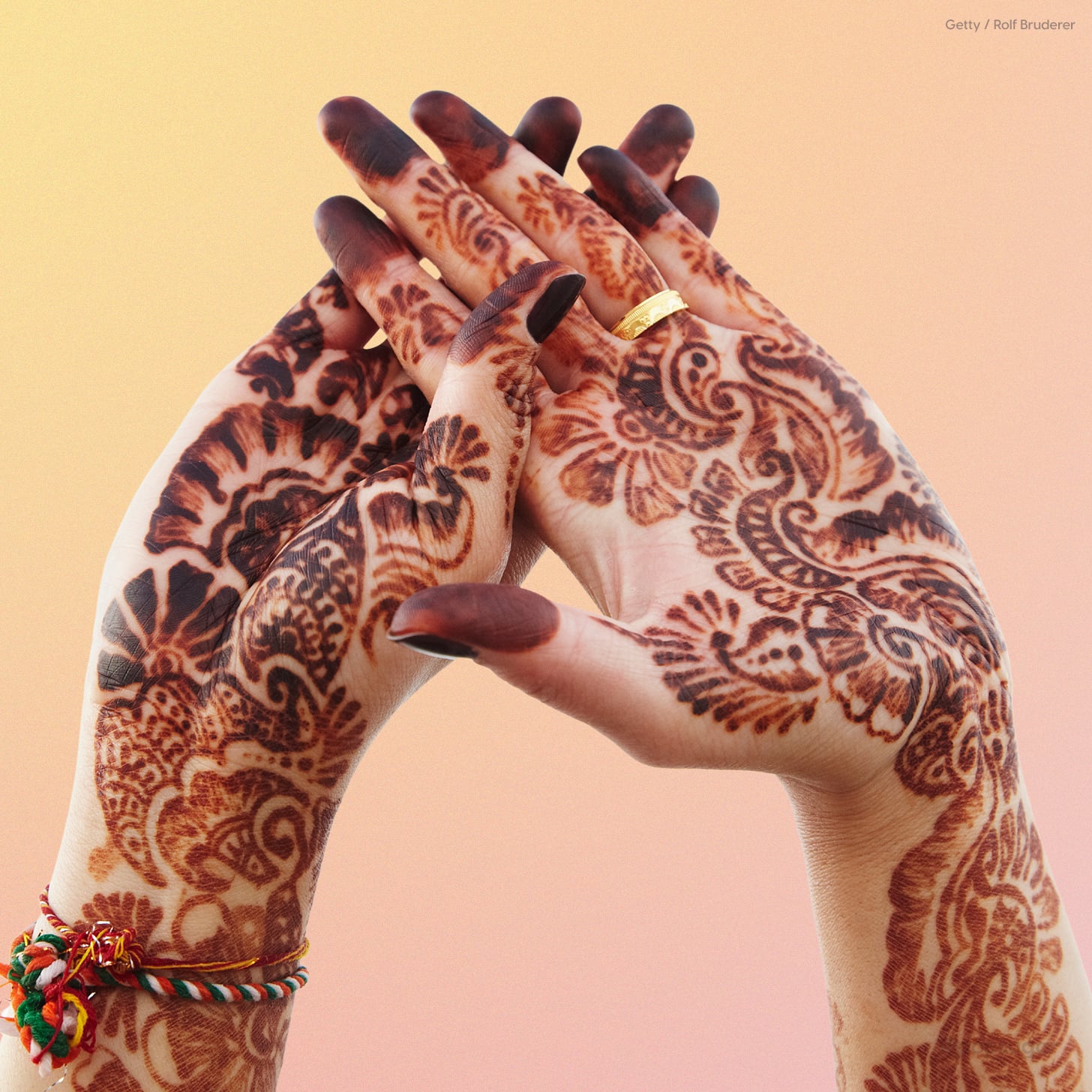 Tattoos may be pretty commonplace now, but they have a special place in history. For some cultures, they have been strictly forbidden. For others, they were reserved for sacred rituals and to mark special life events. The United States’ present tattoo culture can be traced back to the 1700s, but the practice of tattooing as a whole dates back much farther than that — around 3300 BCE.

Though popular trends today encompass a variety of styles and designs, traditional tattoos among Indigenous peoples across Polynesia, Japan, Egypt, and India held deep spiritual and sociocultural significance. Tattoos were a way of displaying status, upholding traditions, honoring religious figures, and telling stories. According to “Tattooed Skin and Health” by Lars Krutak, “In many indigenous societies, tattoos were not applied by just anyone. The actual process was usually ritualized and performed by experts who were initiated and/or apprenticed into their position.”

In the book “The History of Tattoos and Body Modification,” authors Nicholas Faulkner and Diane Bailey wrote, “Tattooing is not only an ancient practice; it’s a universal one. It is found across all cultures around the world. And while different peoples may display their tattoos for different reasons, they all do it to connect in some way with their communities and the world.”

While it would be quite ambitious to chronicle the extensive history of tattoos around the world in its entirety, we’re exploring a few of the earliest examples ahead.

The History of Tattoos in Polynesia

Polynesia is made up of a diverse group of Indigenous people across more than 1,000 islands in the east-central Pacific Ocean. This subregion extends from New Zealand to the Hawaiian Islands to Easter Island; however, as of the 21st century, “about 70 percent of the total population of Polynesia resided in Hawaii.”

Tattooing in Polynesia has been a practice that dates back some 2,000 years, according to Arthur Grainger, MA in archaeology, who spoke with The Collector Magazine. There are five main styles — Maori, Samoan, Marquesan, Hawaiian, and Tahitian — but each region in Polynesia has its own nuanced practices. Traditionally, these tattoos feature a variation of geometric designs in solid black ink and signify everything from status in the hierarchical society to spiritual beliefs.

“The cultural tradition of warrior tattooing, where tattoos were earned and not freely given, was also widespread across Asia, Africa, Melanesia, South America, and Polynesia,” Krutak says.

The History of Tattoos in Indigenous Cultures

The areas of Alaska and Canada are rich in Indigenous culture and history that include tattoos of all different kinds, namely facial tattoos. Alaskan Indigenous, First Nations, Inuit, and Métis members are known to have tattoos dating back more than 3,000 years at least, and early artwork and artifacts from these cultures display different examples of facial tattoos on women. This practice of facial tattooing briefly went away around the late 1800s and early 1900s, when it was banned by European colonizers, but has since made a return.

These designs often featured geometric shapes, dots, and straight lines. The markings were given on special occasions. “They are also personal accomplishments and markers of a woman’s life,” Holly Mititquq Nordlum, a tattoo artist of Iñupiaq background, previously told POPSUGAR. 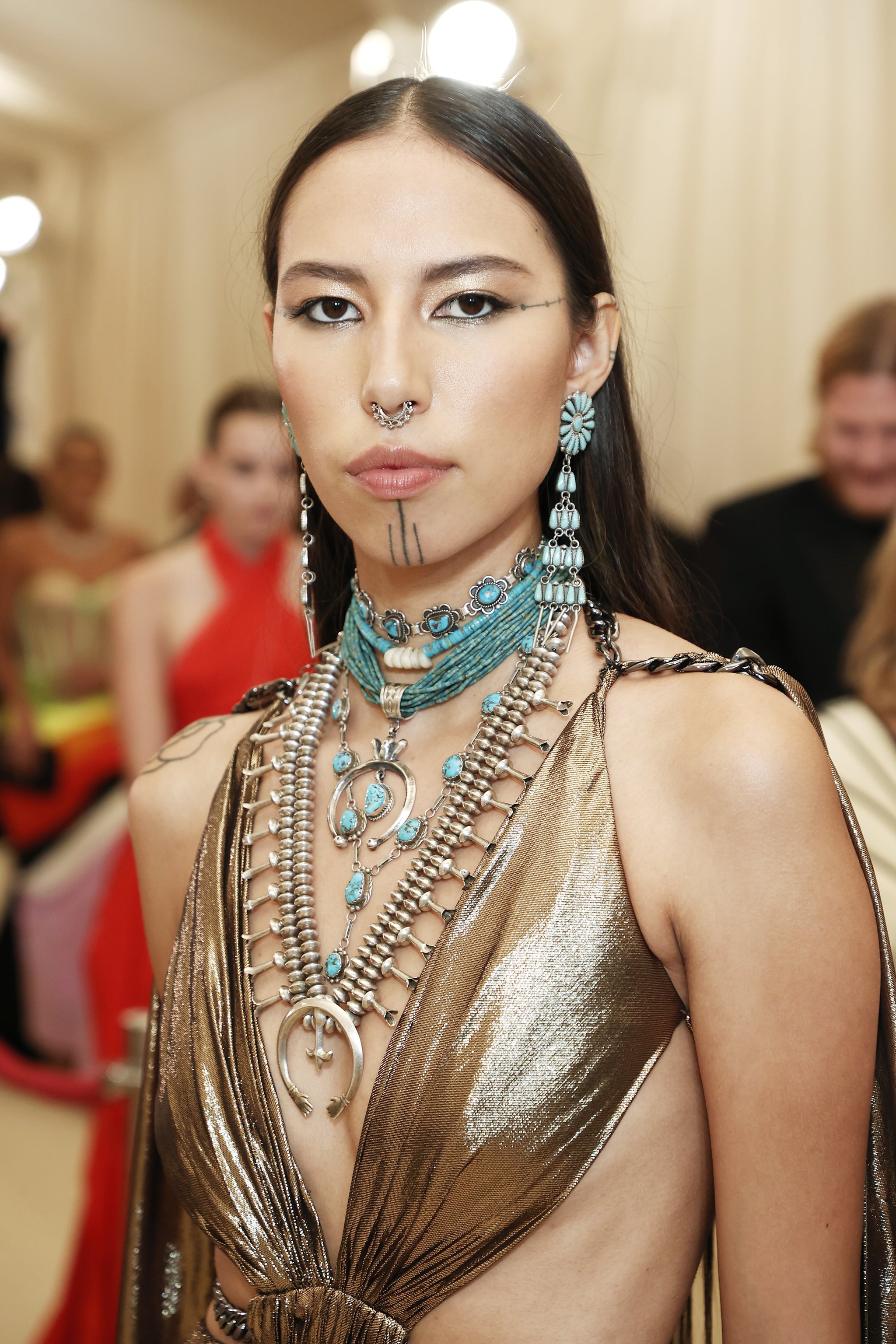 The History of Tattoos in Egypt

The continent of Africa has a rich history of tattoos. Egyptian mummies provide some of the earliest examples of tattoos on people dating back to around 3932 to 3030 BC. Traditional tattoos in Ancient Egypt often included hieroglyphics, which were the culture’s main form of communication at the time. What’s interesting is that, in contrast to some other cultures that reserved tattoos for men warriors, figurines and ancient drawings primarily portrayed women with tattoos over men.

“Most examples on mummies are largely dotted patterns of lines and diamond patterns, while figurines sometimes feature more naturalistic images,” Joann Fletcher, research fellow in the department of archaeology at the University of York in Britain, tells Smithsonian magazine. “Among the first evidence of a pictorial tattoo was in the form of the ancient Egyptian god Bes. He was a household god. He was there when babies were born,” Faulkner and Bailey say. The designs primarily were done in dark or black ink.

The History of Tattoos in Japan

Tattoo culture in Japan is slowly growing, but it’s still widely viewed as taboo. This is because tattoos have long been associated with organized crime. In the 1600s, the Japanese government began tattooing criminals with permanent markings called “bokkei,” which means punishment by tattooing. This continued until the 1800s before it was outlawed. Even though the process has long been done away with, those stigmas against tattoos still exist, and it’s not uncommon to see signs banning them to this day. Now, traditional Japanese tattoos — called “Irezumi,” which translates to “inserting ink” — often feature plants, animals, and mythical creatures such as dragons, koi fish, tigers, and more, each getting their symbolism from stories and myths in the culture.

The History of Tattoos in India

There’s a vast and complex history of tattooing in India that covers various tribes over thousands of years. We’d be remiss not to mention henna; though nonpermanent and therefore not traditionally considered “tattooing,” this form of body art is potentially the most widely known and involves temporarily staining the skin with a red or clay-colored dye. Henna has undergone quite the evolution in India. The designs created with henna traditionally symbolize love, luck, and prosperity, which is why the practice is often done on the hands of brides for the wedding ceremony.

However, that wasn’t always its purpose. “The art of Henna — called mehndi in Hindi and Urdu — has been practiced in Pakistan, India, Africa, and the Middle East for over 5000 years. It was originally used for its natural cooling properties for the people living in hot desert climates,” according to an article from St. Thomas University.

And this is only the beginning of the nuanced, storied history of tattoos across the globe. Each country’s rich past has played a role in influencing tattoo culture as we know it today.

I Always Wanted to Be Rachel Green From Friends, So I Recreated Her Most Iconic Hairstyles

How to determine your eye shape once and for all

Cardi B Just Revealed A Major Update To Her Peacock Tattoo