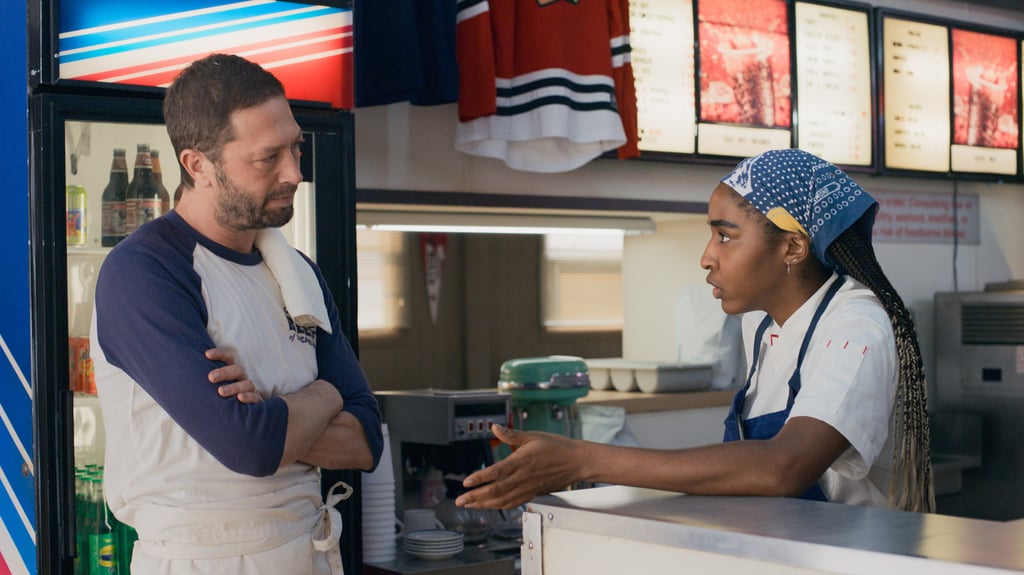 We Found Sydney’s Chic Hair Scarves From “The Bear”

Ever since FX’s “The Bear” premiered on Hulu on June 23, people can’t stop talking about it — from how to make the infamous spaghetti pomodoro to Jeremy Allen White’s tattoos (and how they differ from his character, Carmy’s) and, of course, Sydney Adamu’s many stylish hair scarves. Played by Ayo Edebiri, Sydney is Carmy’s ambitious new sous-chef. Not only does she dominate in the kitchen, but she also looks pretty damn chic while doing it. In the seedy, dimly lit kitchen, she stands out with her colorful hair accessories.

“My initial inspiration for Sydney’s vibe and bandanas came from researching other female chefs and seeing what they wore in the kitchen,” the pilot’s costume designer, Cristina Spiridakis, tells POPSUGAR. “When we were in prep for the show, we’d pay attention to every kitchen in every restaurant we went to, keeping our eye on details like bandanas and headwear and shoes. Then we went on a hunt for pieces we thought were cool or interesting as well as functional.”

It’s easy to understand why a chef would wear a hair scarf while cooking — it keeps sweat and hair off of their face — but the patterns and bright colors on Sydney’s accessories make it clear they’re not just something the character picked up on whim out of necessity. “It’s a form of expression for Sydney: a way of bringing her own point of view into spaces that might not readily accept her voice,” Courtney Wheeler, the show’s costume designer for episodes two through eight, says. “Also, for many Black women, myself included, there is a bit of an instinct to protect your hair, so that is also something that’s at play here.”

10 Retinol Creams To Buy Before Winter Is Over

Best Black Friday Deals at Zulily: Save Up to 70% Off

4 Fall Hairstyle Trends You'll Want to Add to Your Rotation