Home » What Are Velvet Nails? 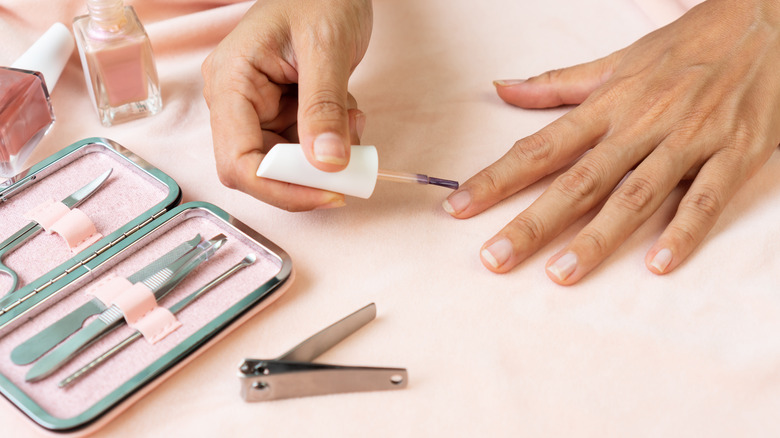 Like every part of the beauty industry, nail looks are constantly shifting and evolving, from new colors taking the spotlight to new trends taking over the world. For 2021, this latest trend is the velvet nail, and it’s both practical and beautiful.

According to Glamour, the style actually began during the holiday season in 2020 and has continued to grow in 2021 due to its simplicity and sheer elegance. They describe velvet nails as “super dimensional” with the fabric’s “signature velvety sheen.” However, there’s no velvet fabric involved, and the nail’s stunning appearance may actually be an illusion. Glamour explains that velvet nails appear velvety because of the way light hits the nail polish.

The unique style is are created with semi-metallic polishes that offer a perfect shimmer when the light hits them (via Byrdie). These polishes are no different than any other polish — and there’s certainly no actual velvet fabric involved — but they cause the nail to look like the velvet you know and love from clothing or furniture while still feeling like your everyday polish.

People are getting creative with velvet nails 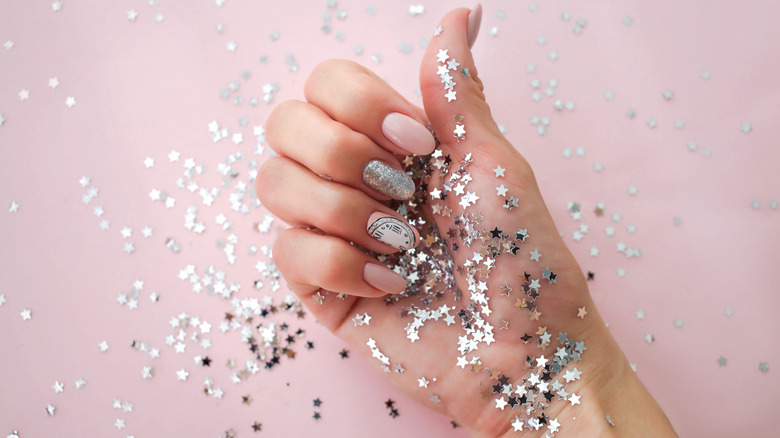 Here’s a fun fact: the velvet nail trend may not be as new as we thought. According to Bustle, the style emerged in 2012 when Ciate London released a special kit that helped people create velvety nails at home. However, the trend didn’t last long and would resurge in popularity eight years later.

The fall and winter of 2020 saw the trend more widely used than ever given its cute appearance yet hassle-free application (via Glamour). By the time the holiday season came around, people had been at home for nine months due to the ongoing pandemic. Without professional nail salons, people were left to do their own nails, and style’s simplicity made its popularity skyrocketed. People employed velvety greens and reds for Christmas, and in 2021 more golds and silvers are being seen.

Some people are even opting for velvet French tips instead of doing their entire nails in velvet colors, (vie Byrdie). These tips look stunning and provide perfect pops of colors rather than overwhelming the eye. People are also attempting two-tone velvet nails, either doing each hand in a different color or alternating fingers in different colors. Two-tone nails offer even more room for customization, with there being endless possibility for color combinations.

Don’t be afraid to experiment with different looks and colors, and more than anything, have fun with it!

Bella Hadid Cut Her Own Bangs While in Quarantine, and They Look Great