Home » Beauty » What Is Avobenzone — and Is It Safe? 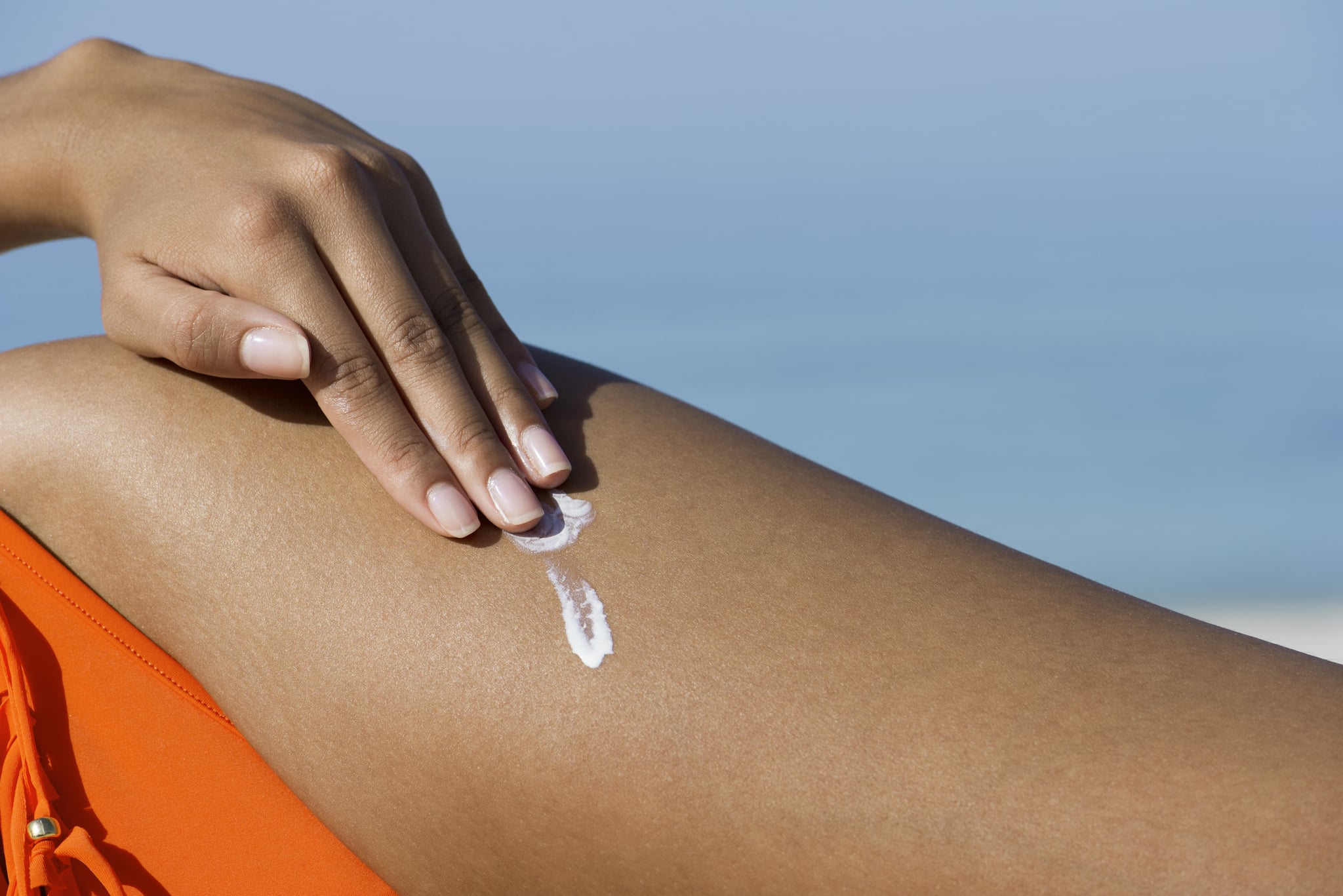 If you aren’t a cosmetic chemist, the ingredients list on the back of a product label can be a confusing place — and sunscreens are no exception. Mix the tongue-twisting ingredient names with an ever-changing landscape of what’s considered “safe” and you’ve got a situation ripe for misinformation. Still, because SPF is a crucial step in preventing sun damage (that carries serious consequences like skin cancer as well as premature aging), we’re here to help clear up one very important ingredient: avobenzone.

A major player in just about every chemical sunscreen, avobenzone has gotten a bad rap due to its level of absorption, which could potentially trigger irritation, allergic reactions, or hormonal disruption. Before you hit the panic button and toss every chemical sunscreen you own, we’re here to give you all the avobenzone facts, so you can make an informed decision on what’s best for you.

Patented in 1973 and given the FDA green light in 1988 (it was approved in the EU 10 years prior), avobenzone is a chemical sunscreen ingredient that helps shield the skin from harmful rays through UVA absorption. This is unlike mineral sunscreen ingredients like titanium dioxide and zinc, which sit on top and physically deflect the sun’s rays.

“Avobenzone changes them into heat, and then releases the heat,” Dendy Engelman, MD FACMS FAAD, board-certified dermatologist, tells POPSUGAR. “Instead of sitting on top of the skin and deflecting the sun’s rays, avobenzone converts UV rays into energy that is less damaging to the skin.” Because it does not filter UVB rays, avobenzone is often paired with UVB filtering ingredients to give sunscreens the broad-spectrum seal — meaning the formula helps protect against both UVA and UVB rays.

Why Is Avobenzone Controversial?

Sunscreens containing avobenzone have been cleared by the FDA as safe to use for sun protection, and many dermatologists still recommend SPF products containing the ingredient. Still, in 2019 the FDA revealed that “a growing body of data has suggested that the transdermal absorption of some sunscreen active ingredients is greater than previously thought.” This meant ingredients oxybenzone and avobenzone were being studied further to investigate whether this could have long-term effects on the endocrine system, including hormonal and reproductive disruption. We know, that sounds scary, but it’s important to note that this is still a question mark rather than a definitive ruling. (Researchers have also pointed out in more recent studies that “just because an ingredient is absorbed into the bloodstream does not mean that it is harmful or unsafe.”)

Dr. Engelman also points out that avobenzone is “also often formulated with other chemical sunscreens that are known to cause or be linked to coral reef bleaching.” The National Park Service reports that high levels of oxybenzone, octinoxate, and avobenzone were detected at reef sites, raising concern for increased bleaching and “adverse effects of reef reproduction.”

Should You Wear Sunscreens With Avobenzone?

Since the data around avobenzone and whether it’s harmful hasn’t been fully substantiated by the FDA, the choice to wear sunscreens containing the ingredient comes down to a personal preference.

“Sunscreens with avobenzone help prevent sun damage and therefore help protect you from sunburn, premature aging, and skin cancer,” says Dr. Engelman. Chemical sunscreens also tend to be more cosmetically elegant without a white cast or residue, and since the best SPF is the one you wear daily, it’s valid reasoning for choosing a chemical formula. Still, if you’re concerned about potential endocrine disruption or want an option that is more environmentally friendly, go for a physical or mineral sunscreen.

Watch a Bunch of YouTubers Attempt a Military Obstacle Course