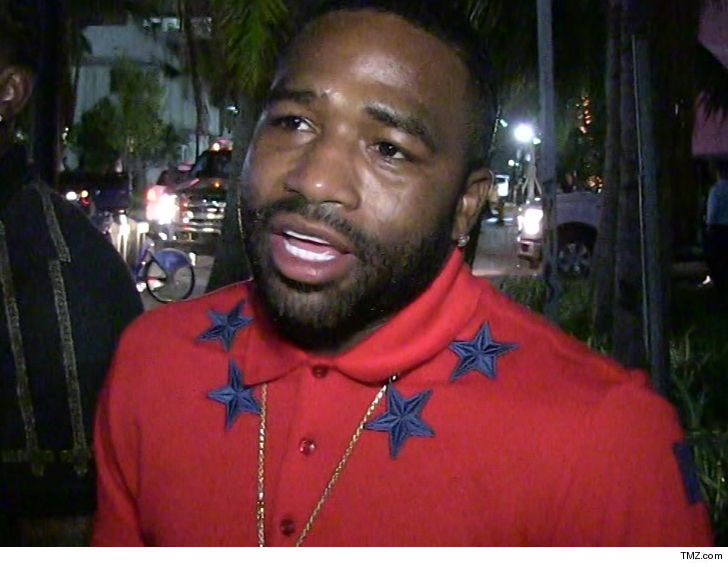 Adrien Broner is FINALLY paying off his $1 MILLION jewelry debt … agreeing to give it all back in 3 installments — TMZ Sports has learned.

We broke the story … the boxing star was hit with a lawsuit last year after he allegedly stiffed a jeweler out of more than $1 MILLION in fine jewels.

Pristine Jewelers NY said Broner promised to pay for multiple items which totaled $1.252 Mil … but his checks never cleared — and then he refused to follow through on a payment plan.

But, according to legal docs filed this week … Broner has finally reached a settlement with the company — and has agreed to pay off his debt.

It’s interesting … according to docs — Broner struck the agreement with the jeweler on Feb. 15 — just a couple weeks after he reportedly earned a $2.5 MILLION check from scrapping with Manny Pacquiao.

Unclear who Adrien will fight next … but if he’s looking to cash in on an exhibition match — we know there’s a boxing analyst out there that’d be a PERFECT fit.