Every once in a while, we get a reminder that the stars are NOT just like us.

Take Bella Hadid, for example. There’s not a lot relatable about growing up in an ultra-wealthy family, having a reality star mom, and following in your sister’s supermodel footsteps to land on the cover of Vogue. The 25-year-old has not necessarily tried to sell herself as “down to earth,” but fans had a pretty negative reaction when they were reminded that Bella exists in a totally different stratosphere.

The moment in question came from the fashion icon’s “Life in Looks” Vogue video from back in August. Reflecting on a 2021 Cannes Film Festival fit, she shared:

“I never, growing up, had anything designer. My mom wouldn’t let me. I think I got my first pair of Louboutins when I graduated high school.”

“It makes me emotional actually, because I’m, like, so happy in this picture. for the first time in, I think, my whole adult life, here I feel just at ease, like, happy, I’m able to work, I feel good about myself, I felt beautiful. And compared to the girl that I see, like, in the beginning, she was so sad, and she is so content and happy, and I love that. To see that progression, it’s like, I feel blessed that I made it out alive of that mental state that I was in for so many years.”

Ch-ch-check it out (below):

Gigi Hadid’s little sis has been open about her mental health struggles, so we would never want to knock her about that. Blame editing or storytelling or what have you, but this unfortunately comes across as though she’s saying she was in a bad mental state because she wasn’t allowed to wear designer clothes as a pre-teen.

Unsurprisingly, when the clip was re-posted on TikTok, people reacted negatively to that implication. Comments included:

“she wanted this to be deep so badly”

“this woman is not living on the same earth as ours…”

“These celebrities really need to touch base with reality. They’re so out of it, it’s frightening how they think they really struggled”

Responding to the backlash, Bella also pulled up to the comment section, at first trying to clarify the comments:

“The context of this was that a lot of people think I grew up buying and wearing designer things…i never take anything I’ve ever had for granted& I feel undeserving of it at all times…but I wore this same pair of shoes, that were given to me as a gift, for the first three years of my career. To every job, go-see or meeting. The metal is all that’s left at the bottom of the heel

She also was surprisingly self-effacing, saying:

“I’m sorry it sounded pathetic, but 1. Bad story to tell and 2. I agree, I can’t listen to myself talk either.”

She later added, apparently after seeing more comments that bothered her:

Hmm. What do U think, Perezcious readers — do you accept Bella’s explanation? Or do you think this is a quintessential out-of-touch celeb moment? Let us know your thoughts in the comments (below). 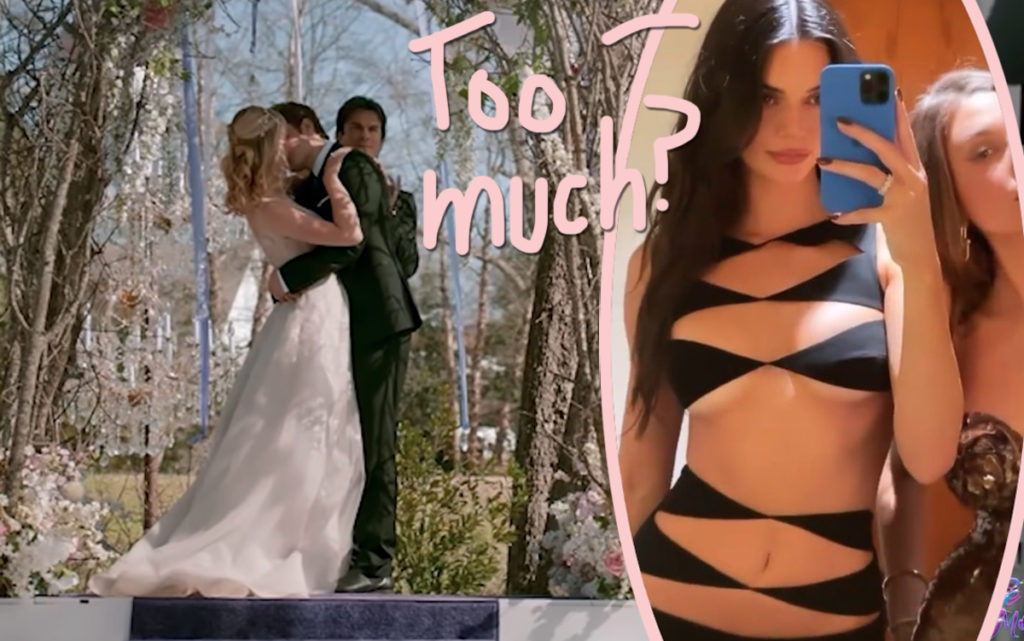 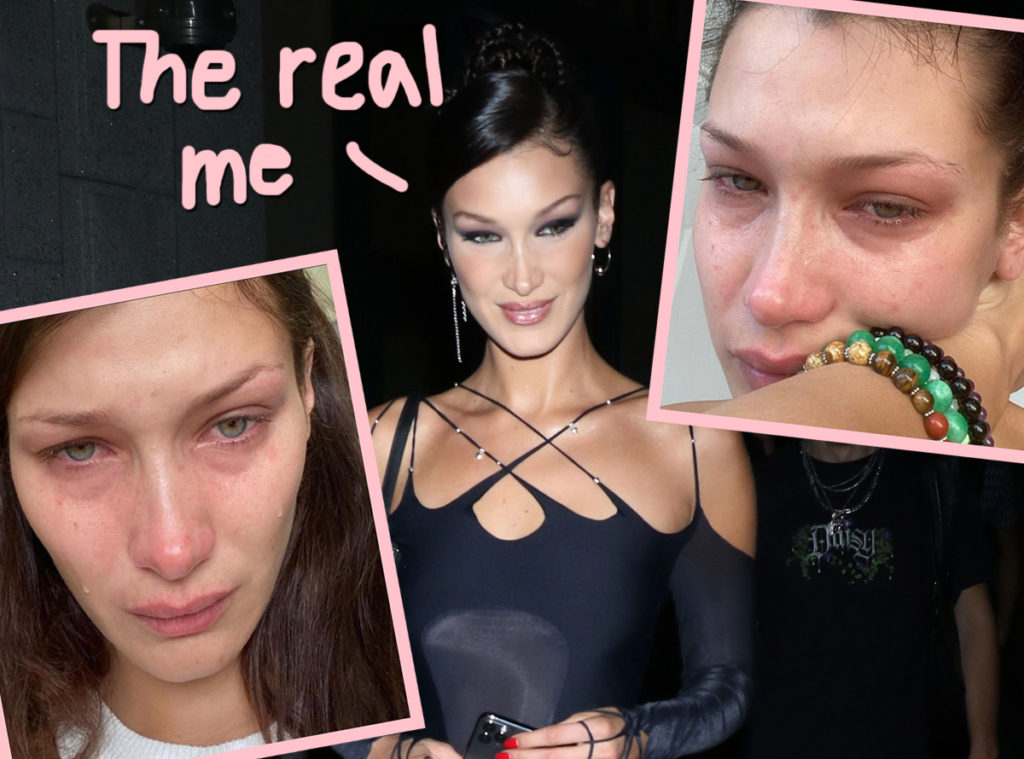 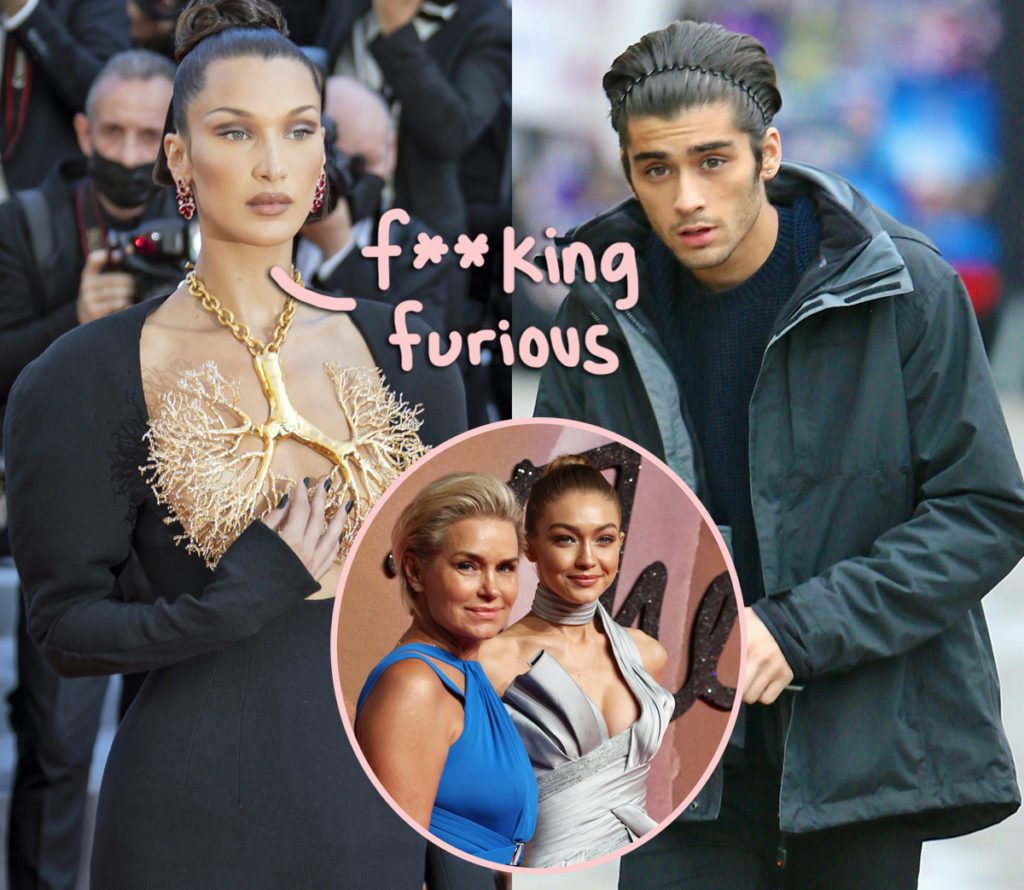 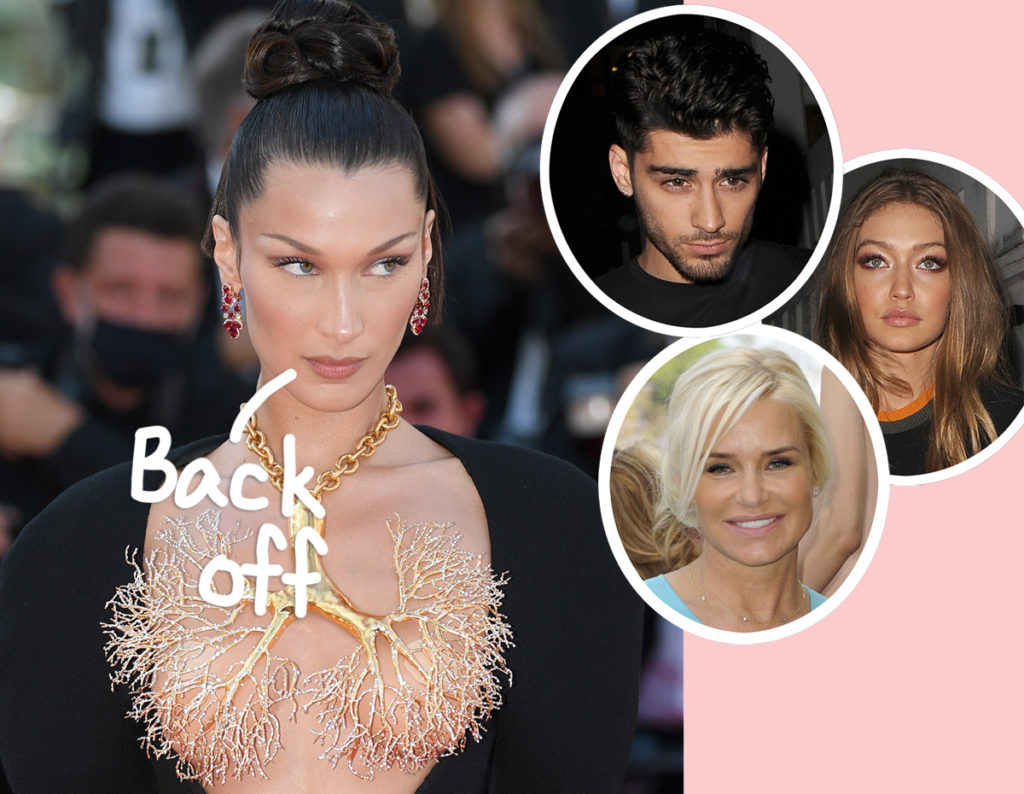