Home » Celebrities » Billie Eilish’s Quotes About Her Ex 7:AMP Ditching Her At Coachella Will Piss You Off

Even Billie Eilish has her bad days. The Grammy-winning singer released her new documentary, The World’s A Little Blurry, on Feb. 25, and it’s chock full of surprises. One of the most-surprising of all? The vulnerable scene where she opened up about getting ditched at a music festival. Billie Eilish’s quotes about her ex 7:AMP ditching her at Coachella will make you salty.

Eilish was one of the performers on the bill at Coachella 2019, where she played her first set on the iconic stage. While she slayed the show big time, things weren’t so picture perfect behind the scenes. Her then boyfriend ‘Q’ aka Brandon Quention Adams was in attendance at the festival, but barely made time to spend with Eilish, the pop star said.

The intimate documentary showed Eilish chatting with her family ahead of the three-day festival, and they inquired as to where Q was.

"Is Q coming?" her parents asked Eilish in the car en route to Coachella. Eilish looked somber as she explained that she’d gotten Q free tickets to the fest on one condition.

"I said ‘I’m getting you tickets for this and the deal is you have to spend time with me, you have to see me,’" she said, before admitting Q hadn’t spent time with at all. The camera then panned to a Coachella pre-party which Eilish was forced to attend alone.

"We’re at this Interscope party," she told Q on the phone. "The one I said I was taking you to, but then you didn’t come. I wanted you to be here dammit."

"My *ss was alone the whole day. It’s OK!" she said, though her tone made it sound like it was anything but. 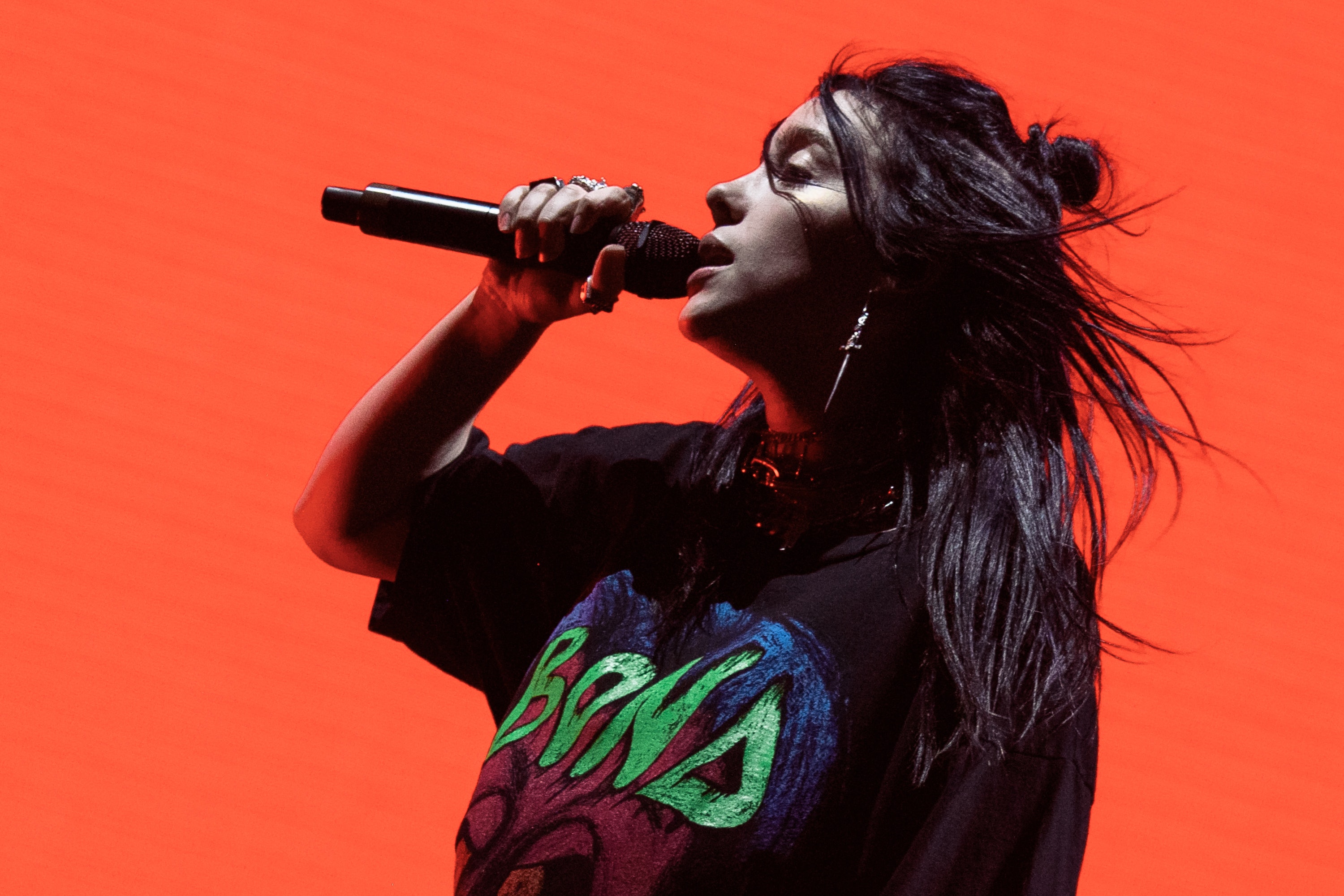 Thankfully, it looks like Q made up for the shaky start. He showed up ahead of Eilish’s performance, and was sure to say "I love you" before she hit the stage.

Eilish proceeded to run through all her best hits on the Coachella stage. You can watch her hit the stage below.

Ultimately, Eilish and Q called it quits. As Eilish explained in the documentary, their definitions of a relationship simply weren’t aligned.

The World’s A Little Blurry shares a lot of beautiful moments from Eilish’s journey, but it didn’t skip the less-favorable ones.