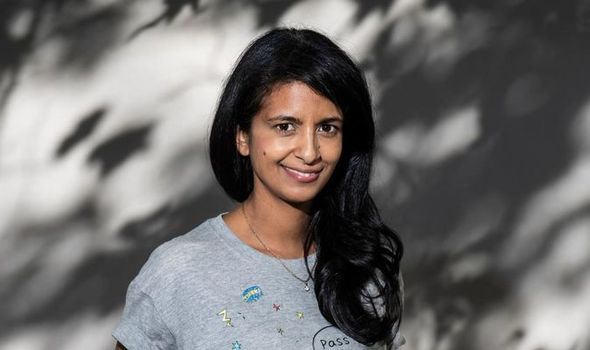 “When I see this photo of my family and I, all I think of is that opening sequence of The Simpsons. The way they just sit down on the sofa at the end of all the craziness is exactly what’s invoked here – a frenetic family photo if you will. And between the sofa doilies and my dad’s airplane collar it’s oh-so-70s. I’m perched on my dad’s knee, obviously far more interested in whatever is going on elsewhere, and my sisters have also been wrangled together for a relative to snap a shot of us all. What I love most is that none of us kids are looking at the camera. It’s obvious my mum and dad wanted us all to get together, but we all had quite big personalities, so I imagine getting us sitting still for a photo was quite the challenge. We’re not a family with reams of cassette-taped footage of us growing up and we never had any professional family photos done, so something like this would have meant a lot to them.

My dad got a job with an investment company in Holborn, so they came to the UK from Bangladesh straight after university.

It must have been daunting for them but they did it – and it was all so we, their children, could do well in life.

Bangladesh is a tiny country and it’s really densely populated with a lot of poverty.

Something like this photo which says, ‘We’ve got a house and live a comfortable life’ would have made them really proud.

They weren’t serious parents, though.

My dad was a real joker and my mum was a super-sparky and bright character as well. 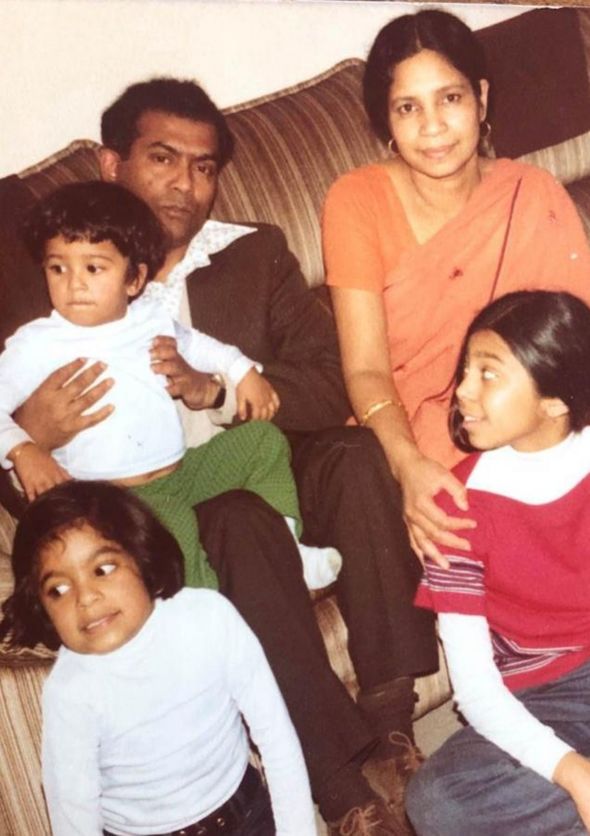 I was lucky enough I grew up in a tight family unit with this suburban lifestyle in a 1930s semi-detached house.

It was that kind of cosy, boring existence which is just so undeniably wholesome. I remember going to the Isle of Wight as a kid and being hit with this feeling
of overwhelming happiness.

I, like everyone, obviously faced trials growing up and sometimes I felt a bit as though I didn’t fit in. Living in a predominantly white area with a mum who would come and pick you up from school in a sari was sometimes a challenge.

But so often I just felt extremely happy and like I was the luckiest kid in the world.

They were typical Asian parents in that they wanted us to get really good educations and go into science because, where they are from, that was the revered career path. A job in television wasn’t even in their cultural consciousness, but they supported me unwaveringly.

I think the reason they were so impressed was because Blue Peter was always a bit ahead of the curve.

My new book, Cookie And The Most Annoying Girl In The World, is 100 per cent inspired by my own family – and this photo is the driving force behind the whole series. Cookie has two older sisters (like me).

One is at uni and the other is really into politics. My sister Rupa is actually my local MP, so there’s definitely a crossover there.

Sometimes when I describe the book it sounds a bit worthy, but it’s really just a funny story about this girl who is essentially a cross between Wimpy Kid and Bridget Jones.

Learning is really important to me, though, so there are plenty of fun facts, long words and life lessons in there.

Cookie and her friends are really into climate change but it’s done in a stealthy way – like hiding vegetables in pasta – so that it doesn’t go over kids’ heads.”

Konnie’s book, Cookie And The Most Annoying Girl In The World (Templar, £10.99), is out on Thursday.

Celebrities Gettin' Lit For The Holidays!