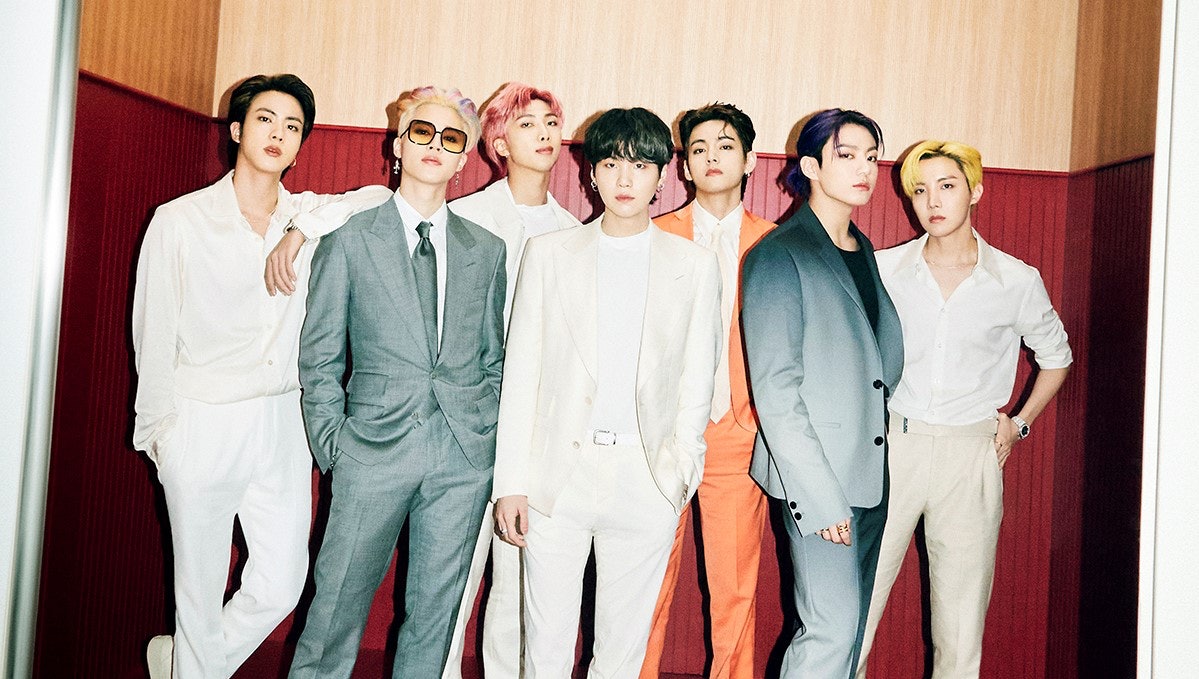 ARMYs, it’s time to celebrate because BTS has given everyone another taste of "Butter." Just a little over a week before their single’s official release on Friday, May 21, the group began sharing teaser photos online that hinted at their upcoming era. Trust me, fans won’t be able to handle BTS’ "Butter" teaser photos because the guys are rocking such iconic looks.

Fans knew they were coming thanks to BTS’ "Butter" promotional schedule that listed all the important dates fans should look out for throughout the month of May. Still, when BTS’ first group teaser photo for "Butter" came on May 9, fans were taken aback at the guys’ new appearances. RM had pink hair, J-Hope was blonde, Jimin was blonde with pink and purple streaks, Jungkook appeared to have purple hair tied in a bun, and Jin, Suga, and V looked like they were all brunette. ARMYs agreed BTS looked so good with their latest hair colors and their super dapper suits. They thought their looks fit perfectly with their "Butter" concept.

ARMYs couldn’t wait to get another sneak peek. The next day, fans were shook because they got not one, but two teaser photos. The first showed Jungkook in a grey suit flaunting his purple hair, while the second featured RM with his pink hair and stylish white suit giving the camera an intense gaze. Take a look at BTS’ "Butter" teaser photos below.

Lea Michele is a “Horrible Human Being,” The Voice Alum Says