Cardi B’s got that breakup boogie. The “Bodak Yellow” singer was spotted out in good spirits on Wednesday, December 5, at a Miami nightclub less than 24 hours after announcing her split from estranged husband, Offset.

Friends of the “I Like It” songstress — including reggaeton singer Bad Bunny and dancer/model Teyana Taylor — partied alongside Cardi, who at one point got on a microphone to ask the club’s DJ to play Bobby Shmurda. 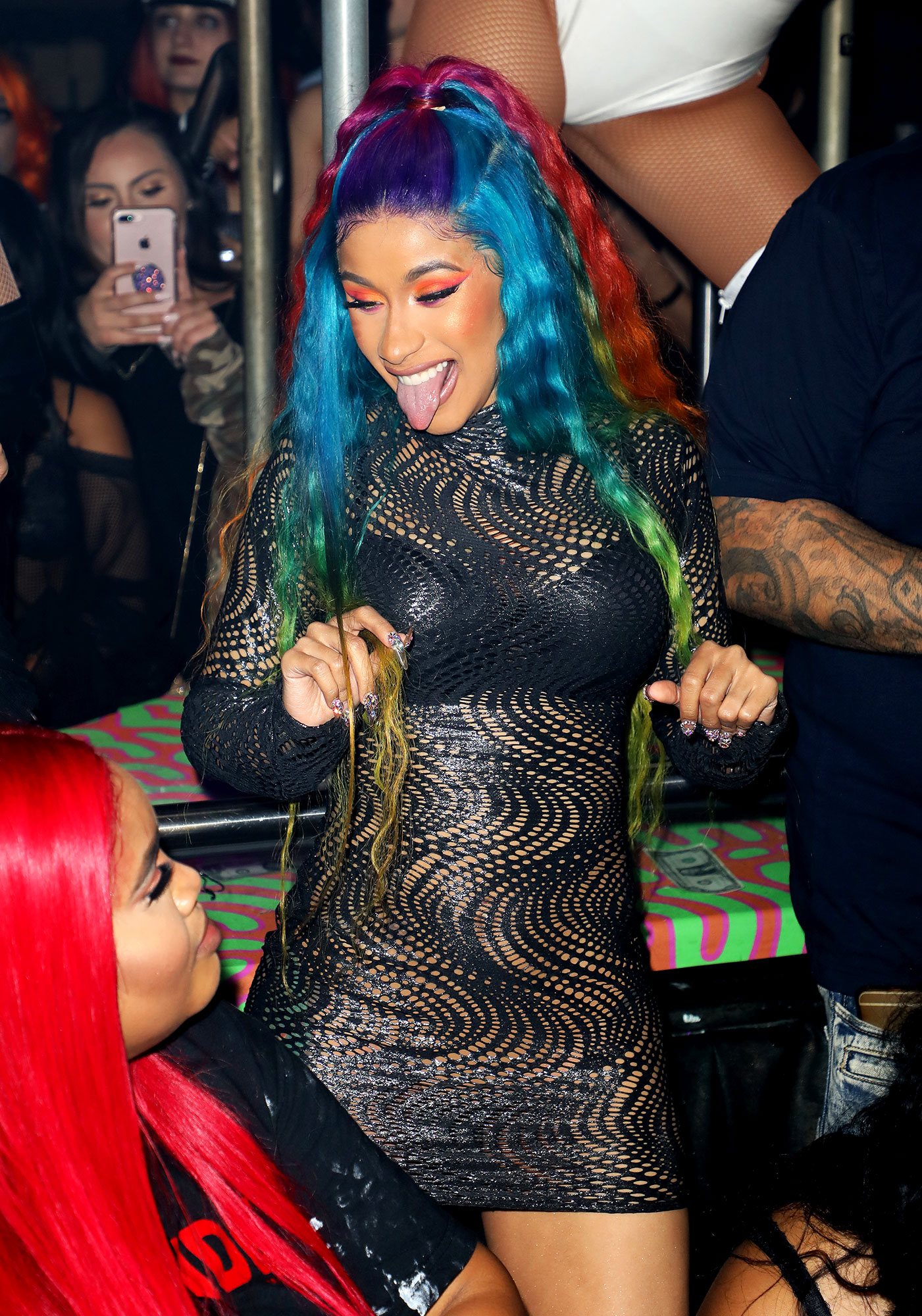 “Cardi was having an amazing time,” an onlooker told Us. “She was smiling, laughing and dancing like she didn’t have a care in the world. Cardi was partying and making it rain dollar bills on [a] girl there.”

While the Bronx born rapper was enjoying her time in Miami, Offset’s alleged mistress Summer Bunni spoke out regarding cheating claims. “I have not messed with Offset since he had his baby. I didn’t know how serious his marriage was, you know … I feel ashamed,” she told TMZ. “To Cardi B and to her fans and to her family and to her situation: these were never my intentions and I never wanted to break up a happy home or be a cause of someone just saying, like, ’F—k it,’ to get a divorce or anything like that.”

Earlier that same day, Cardi shared the first full-face photo of her and Offset’s 5-month-old daughter, Kulture, on Instagram writing, “My heart.”

Cardi took to Instagram on Tuesday, December 4, to announce her split from the Migos rapper.

“So everybody been bugging me and everything and you know I’ve been trying to work things out with my baby father for a hot minute now,” she said in the video. “And we are really good friends and we are really good business partners — you know, he’s always somebody that I run to, to talk to, and we got a lot of love for each other but things just haven’t been working out between us for a long time.”

Cardi concluded: “And it’s nobody fault. I guess we grew out of love but we are not together anymore. I don’t know, it might take time to get a divorce and I’m going to always have a lot of love for him because he is my daughter’s father.”

Her former beau took to the comments section on the post writing, “Y’all won.” Cardi and Offset began dating in February 2017 and secretly wed months later in September 2017.