Charlie Sheen is off the hook for child support he has been paying his ex-wife Denise Richards. Sheen’s request was recently granted by the court after their daughter, Sami, reportedly moved in with him.

“I think what transpired today is extremely fair,” Sheen, 56, told Us Weekly on Monday. “It speaks to not just today, but it speaks historically to that same fairness.”

The actor petitioned the court in December 2019 to change his obligation to Richards, 50, with whom he also shares daughter, Lola, 16.

The “Real Housewives of Beverly Hills” star didn’t object to Sheen’s request, leading to a Monday ruling by Judge Alexander Giza. It will be reflected retroactively to April 1, 2021.

Sheen’s attorney, Gregory Pedrick, reportedly argued that the “Wall Street” performer has maintained custody of both girls since April and asked the judge to grant “zero child support” as the former couple had worked out a split custody arrangement beforehand. Meanwhile, a source told People that Sami has been living with Sheen since July, not April. 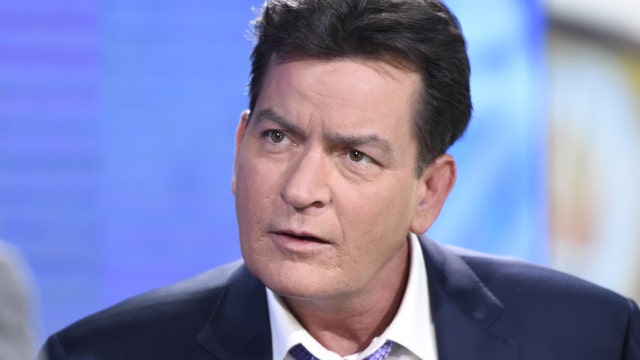 Sheen and Richards married in 2002 before splitting in 2006.

Richards was not at the court hearing because she was “working out of state,” an insider told the outlet.

“Denise was never served this court date,” the source claimed, speculating that Sheen “did this on purpose” as he knew Richards would be unable to be present for the matter.

“He filed two years ago and he kept pushing the court date,” the source continued. “Denise kept asking when the date was and he blew her off. He pushed it off because he didn’t want records of the child support he was paying Brooke [Mueller] to impact the case after he agreed to pay them both the same amount of child support.” 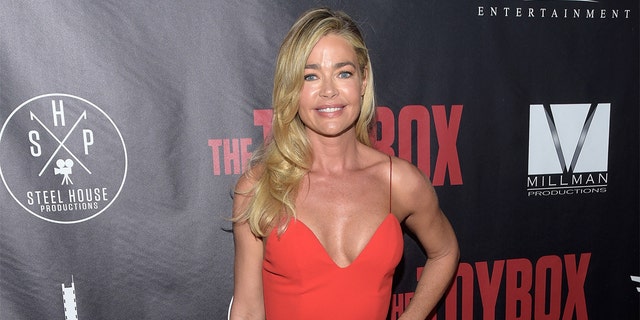 Denise Richards was not present at the court hearing on Monday, according to a report.
(Michael Tullberg/Getty Images )

Furthermore, the insider claimed that Sheen “hasn’t paid” Richards and actually still owes her back child support to the tune of four years’ worth of payments.

“He owes her. Also, Lola lives with Denise. When she is filming she is with her dad and sister,” the insider claimed. A source also relayed to People that “Lola does not live with Charlie. She lives with both of her parents and stays with Charlie when Denise is out of town. When Denise is back, Lola will be with her.

“This is very disappointing for Denise, but also not surprising. Charlie is pitting the girls against their mother, which is horrible,” the insider added, stating that Richard was “blindsided.”

However, another source told People that Richards “has known about the court date for six months.”

In addition, Sheen’s attorney argued to the court that Sheen had been overpaying monthly child support to Richards and said Sheen had even set up a $1.2 million trust for his daughters after filing his initial petition.

“Sometime in spring, in early April, Ms. Richards had a falling out with her daughters and asked Mr. Sheen to take custody,” Pedrick reportedly told the judge in court. “That has been the reality since April of this year.” 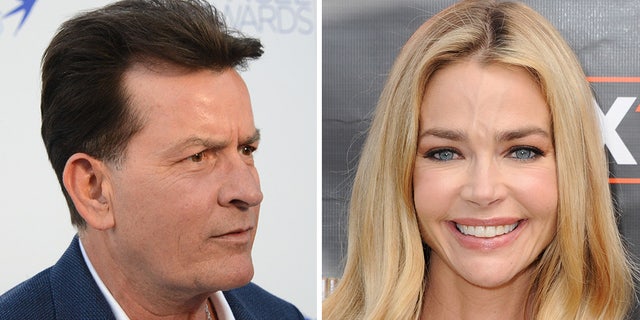 Charlie Sheen was granted a request to cease paying ex-wife Denise Richards child support after his lawyer argues he has had custody of their daughters since April.
(Getty Images)

Sheen’s lawyer went on to say that Richards owes Sheen money for his overpayment, but noted that Sheen has no plan on trying to recoup the paid funds.

Just last month, Sami took to social media to claim in a since-deleted TikTok that she had allegedly been “trapped” in an “abusive” household a little over a year ago.

“1 year ago today: trapped in an abusive household, hated myself, would go days without eating or sleeping, insanely depressed, hated school, etc…” Sami wrote over a video clip of herself looking sad and crying.

“now: finally moved out of the hell house, had a spiritual awakening, own 2 cats, happy single, full of self love, and dropped out of high school :),” she added over a clip of her looking much happier, Page Six reported.

A source told the outlet Sami was living with Richards at the time she was referencing in her video.

In a statement to Fox News, Sheen seemingly confirmed that Sami is now living with him.

“Sam’s amazing,” Sheen said through his rep Jeff Ballard. “I love her and all my children unconditionally. We’re having a ball. GED here we come!”

Richards has opened up about her marriage to Sheen during her time on “The Real Housewives of Beverly Hills.” The reality TV star revealed that she doesn’t want her daughters to grow up to have daddy issues during an episode that aired in August 2020.

“Even though he’s Charlie Sheen, that is still, to them, their dad,” Richards said at the time. “I never talk badly about him and I want him to be part of their lives because I met a lot of the women that Charlie entertained and a lot of them had father-daughter issues. And I do not want that to be our girls.”

Reps for Sheen and Richards did not immediately respond to Fox News’ request for comment.