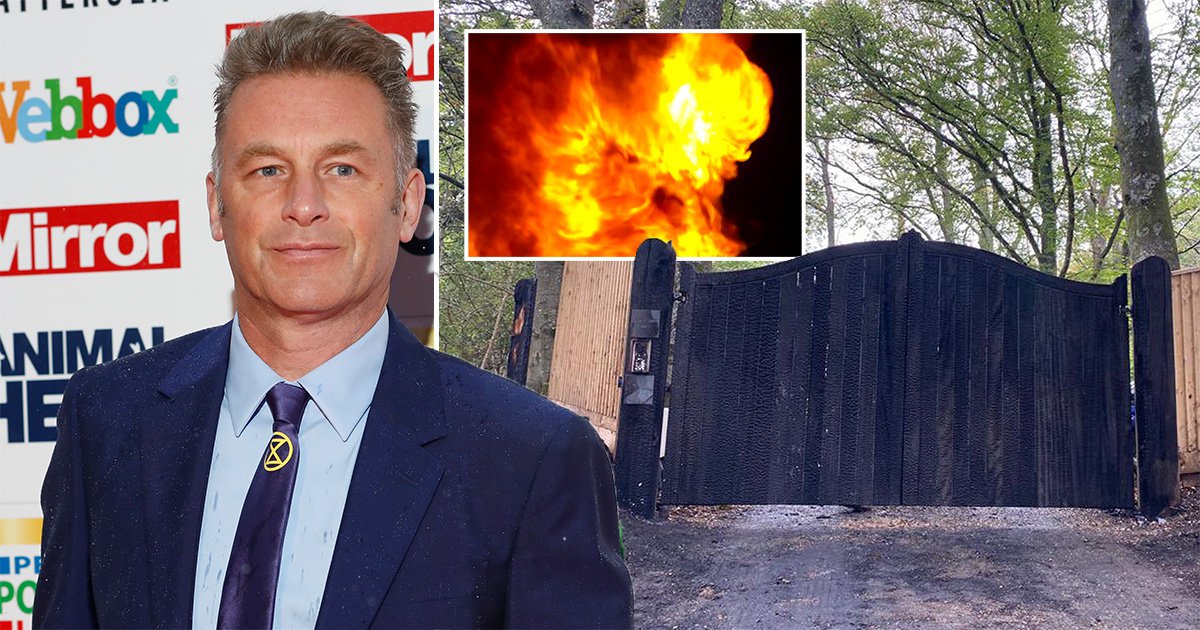 Chris Packham was home alone when thugs parked a Land Rover outside his driveway and set a vehicle on fire.

The 60-year-old presenter faced his worst nightmare as he revealed that angry balaclava- wearing protesters drove the vehicle, parked outside the star’s gates and then set the car on fire, before fleeing the scene after midnight on Friday.

The BBC Springwatch presenter was home alone at the time of the incident and revealed the flames were dangerously out of control at one point, before the fire brigade turned up.

He added to The Mirror: ‘The gate isn’t visible from the bedroom but of course when it exploded, it went off with a massive bang which woke me and the dogs up.’

He said: ‘It was an inferno. The neighbours called the fire brigade and they turned up and put it out. The police turned up a bit later.’