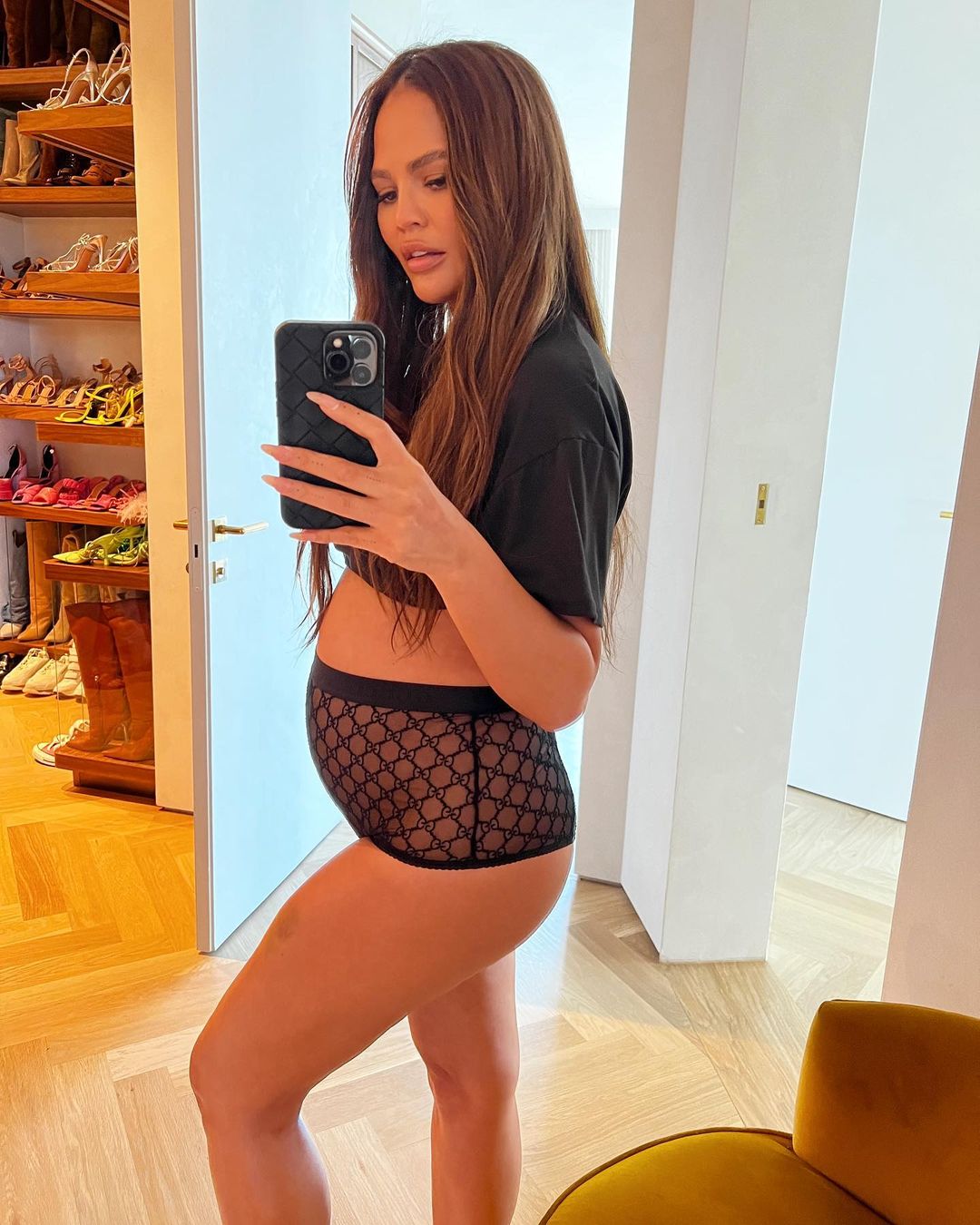 In 2020, Chrissy Teigen lost a pregnancy. After conceiving her first two children via IVF, the third pregnancy was a surprise when they conceived naturally. Chrissy and John were so happy and they were keeping their fans updated. Chrissy posted through the loss in real time and the moment became kind of a cultural watershed for women talking about miscarriages and stillbirths, because all too often society wants to keep those conversations out of public view. Well, Chrissy and John are now expecting again. Chrissy posted some bump photos – clad in $520 Gucci underwear – with this message:

the last few years have been a blur of emotions to say the least, but joy has filled our home and hearts again. 1 billion shots later (in the leg lately, as u can see!) we have another on the way. Every appointment I’ve said to myself, “ok if it’s healthy today I’ll announce” but then I breathe a sigh of relief to hear a heartbeat and decide I’m just too nervous still. I don’t think I’ll ever walk out of an appointment with more excitement than nerves but so far, everything is perfect and beautiful and I’m feeling hopeful and amazing. Ok phew it’s been very hard keeping this in for so long!

I imagine it was difficult to know when she should announce, especially given her recent history. She appears to be somewhat far into her second trimester. I hope everything is going well, truly. I wonder if she and John did IVF again? My guess would be yes.

Some photos of Chrissy and John from the Vanity Fair Oscar party this year: 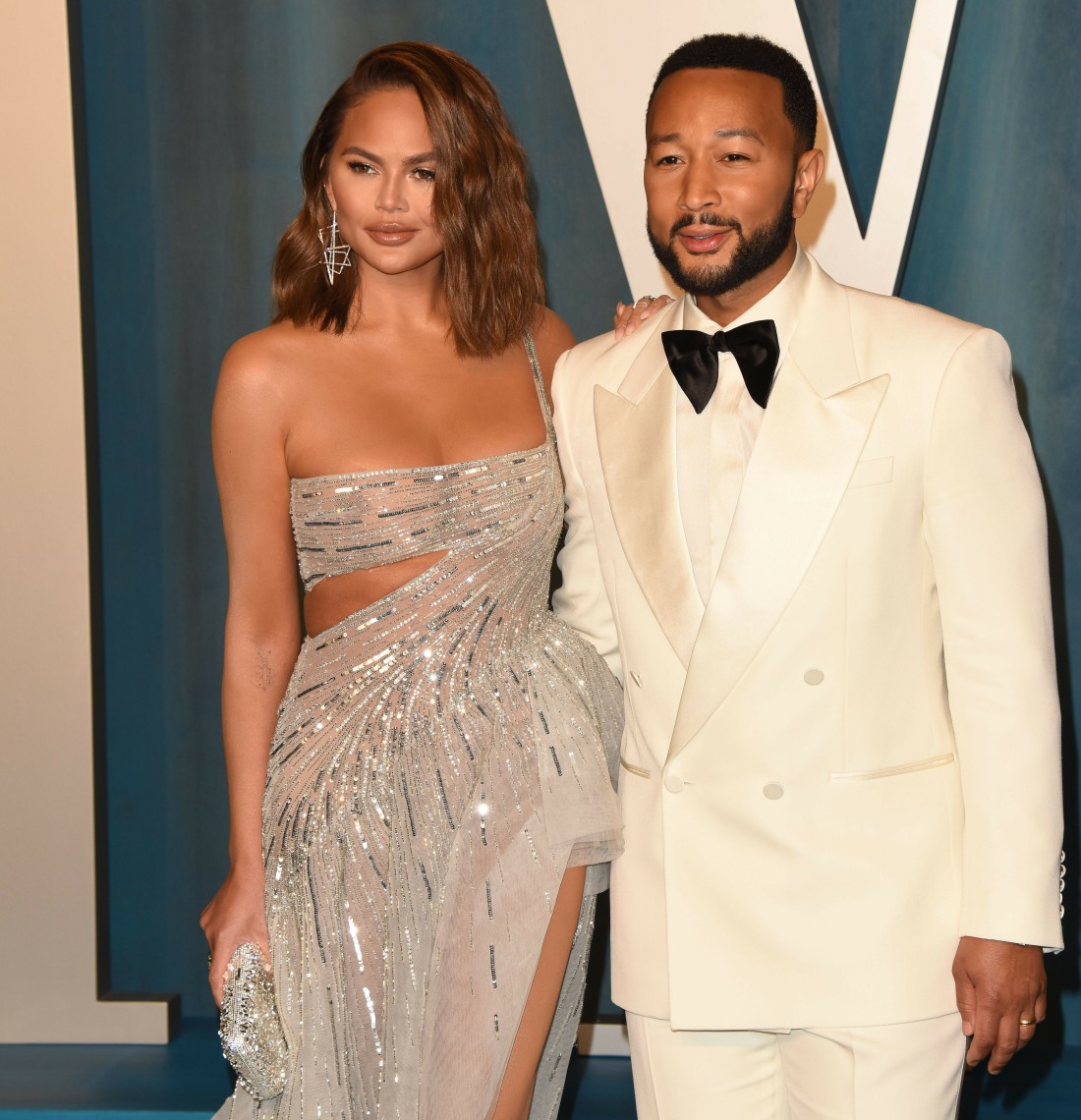 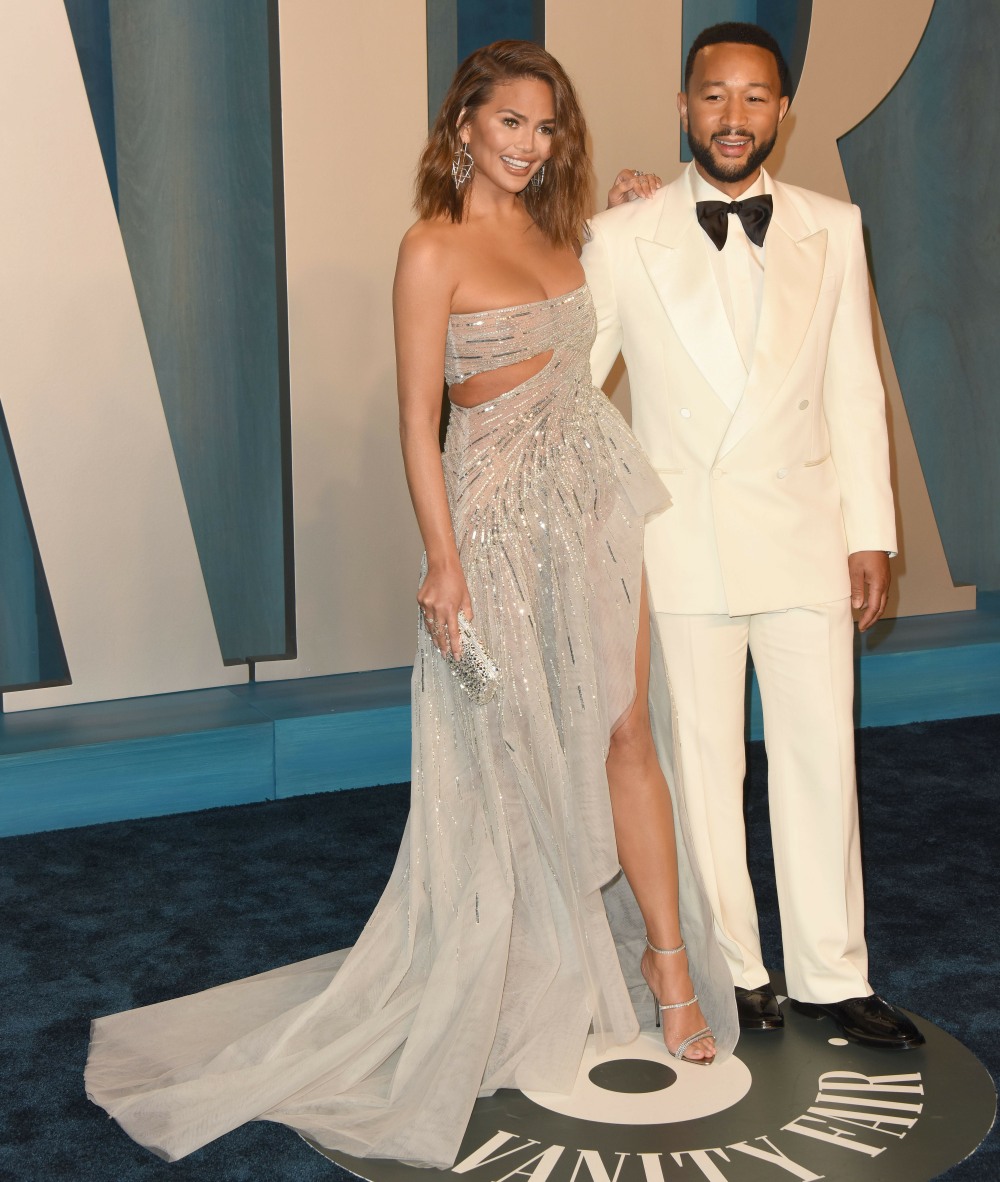