She’s thinking about walking down that aisle! Corinne Olympios told Us Weekly she “absolutely” sees an engagement in the future for her and boyfriend Jon Yunger.

“[We’re] so good,” Olympios said of herself and Yunger. “So good. We’re spending the holidays in Miami, and then we’re going to Aruba. So excited.”

The Bachelor in Paradise alum also told us her guy is “very supportive” and “the real deal.” 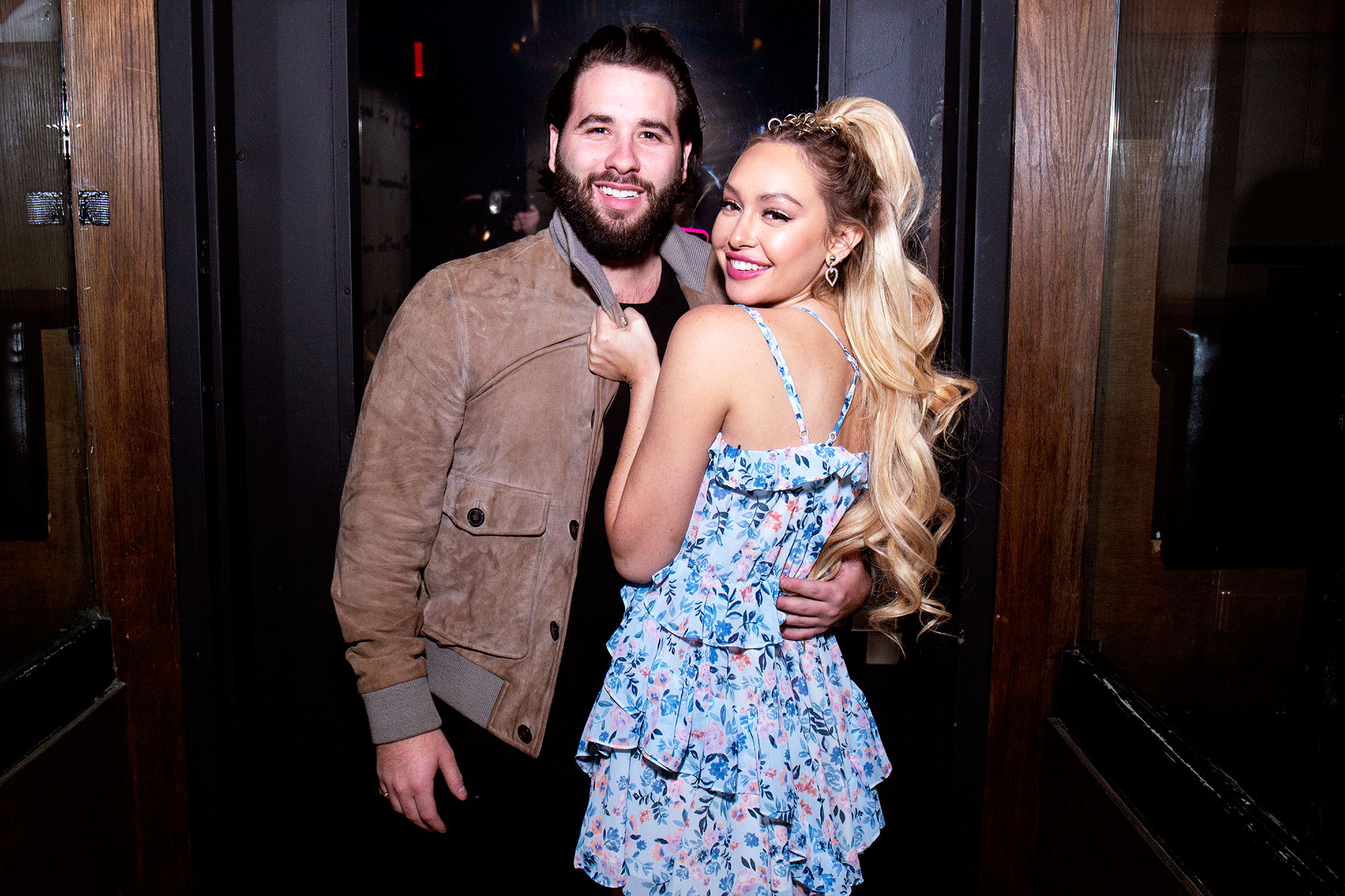 Olympios previously opened up about Yunger in July, revealing he knew about her reality fame even before they started dating. “Jon knew exactly who I was and didn’t tell me,” she told Entertainment Tonight at the time. “He just kept his cool and was feeling me out the same way I was feeling him out.”

She added: “We met through friends, which is the best way to meet. He’s just, like, so amazing. He’s kind and caring and he’s supportive. He’s, like, confident on his own and funny on his own. He’s the package. We love each other. I love him.”

Meanwhile, Olympios is on good terms with ex Nick Viall, whom she dated on season 21 of The Bachelor. “I just ran into Nick,” she informed Us at the Jingle Ball. “We say, ‘Hey.’ It was all good. Natural … We weren’t meant for each other, but that’s that.”

The Miami native also told Us she is “absolutely not” in touch with DeMario Jackson, whose interactions with her in Bachelor in Paradise season 4 sparked an investigation that ultimately found no evidence of sexual misconduct. Olympios explained to Us that she had totally moved on from that time of her life.

Besides, Olympios has a lot to keep her occupied. “I launched my beauty line. I’m getting my book ready to get out on the shelves, finally. I’m working on a few TV projects with some major networks and things like that,” she told Us. “So I’m really excited.”

With reporting by Emily Marcus

The Real Reason Trump May Be Turning On Rudy Giuliani

Why Dancing with the Stars just hired Tyra Banks as host