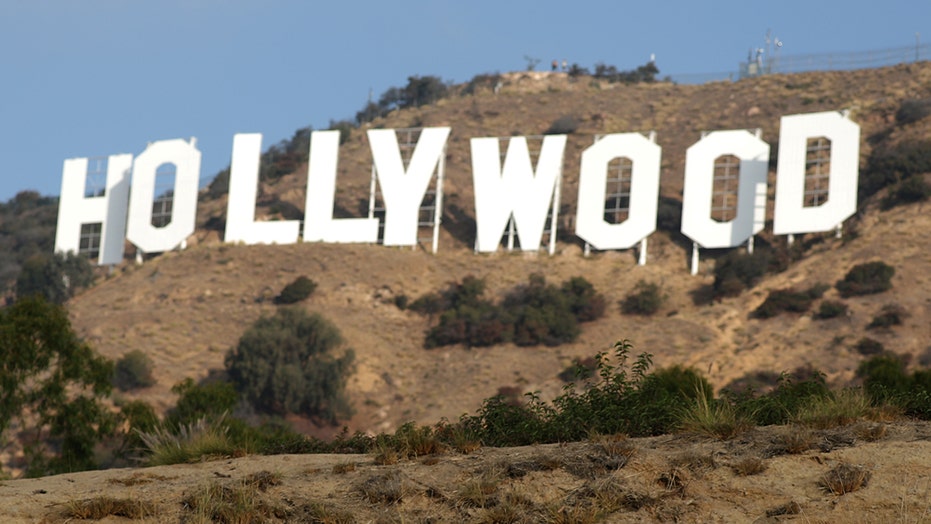 The cost of living is forcing many California residents to leave the state.

Los Angeles, a sprawling metropolis known for drawing people with hopes and dreams of Hollywood success stories, is fast becoming a nightmare for some, and many of the city's rich and famous are looking for a way out. Uncertainty surrounding the coronavirus pandemic, a spiraling homeless crisis, and possible new taxes aimed to help deal with the situation, threaten to dim the city's once bright lights.

A luxury real estate market once set in the tony Hollywood Hills and the Beverly flats is moving instead to the city's suburbs as wealthy buyers look outside of the city, real estate pros tell Fox News. Social distancing guidelines due to COVID-19 have those fortunate enough to be able to shell out millions of dollars on extravagant mansions fleeing to the suburbs and even farther. 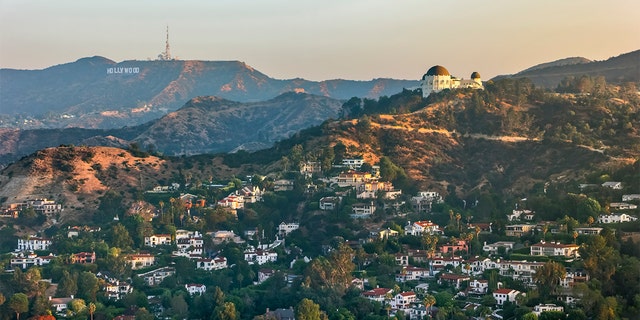 Aerial view of the Griffith Observatory on Mount Hollywood and the Hollywood Sign seen in the distance, California, USA.
(iStock)

Hollywood publicist and founding member of the famed Groundlings Theater and School in Los Angeles, Cherie Kerr, told Fox News that she has showbiz friends who have opted to head to the sprawling suburbs, while others want out of the Hollywood scene completely and are decamping to areas like Montana, Wyoming and Nevada.

“They want to be in the suburbs in the San Fernando Valley or places farther out like the Westlake area – places more peaceful, safe, and clean,” Kerr explained. "Places like Hollywood and Westwood don’t boast the same allure as they once did – not like 40 years ago. It's too easy to live in other areas and enjoy similar amenities."

"Places like Hollywood and Westwood don’t boast the same allure as they once did – not like 40 years ago."

Luxury Los Angeles real estate broker Ron Wynn echoed Kerr's sentiments. “I'm finding a lot of clients who were office people will now work, like Wednesday and Thursday in the office, and they'll stray away to buy in suburbs where there's more space where you get more value for your money."

CALIFORNIA RESIDENTS FLEEING TO NEVADA AND ARIZONA AS HIGH TAXES, HOME PRICES FORCE THEM OUT

“People are opting for larger homes, bigger backyards, swimming pools because the kids are home. They need a home study area, they need an office for her, an office for him. So the ones that are staying local and not leaving the state are moving to areas like Hidden Hills [and] Calabasas where you can get big pieces of land,” Wynn said of the popular Los Angeles County hideaways.

He added that there have been some who have left the U.S. entirely and have moved to places like Italy and Switzerland and France.

Even before COVID-19, California, which is still the nation's most populous state, had seen its residency numbers stall at 39.96 million as of Dec. 2019, according to the California Department of Finance. The report indicated California added more than 180,000 people when accounting for births and deaths for the 12-month period ending July 1, but when factoring those who moved in and out of the state, California lost 39,500. State officials say it is the first time since the 2010 census that more people left California than moved in over the course of a year, contributing to the state’s slowest recorded growth rate since 1900. 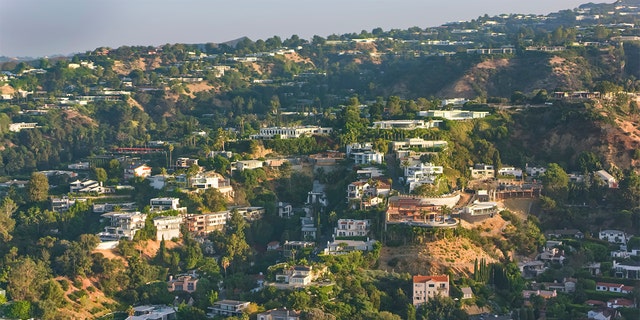 There are also several potential new taxes being considered, including a proposed wealth tax plan, the AB 2088 bill, proposed by Assemblyman Rob Bonta, D-Oakland, which aims to institute a 0.4% wealth tax on California residents worth more than $30 million. The tax would be imposed every year on the value of a person’s worldwide assets and would continue to apply for 10 years after a California resident has left the state.

Dennis Brager, a longtime tax attorney to the stars and other wealthy clientele in L.A., told Fox News that his clients are looking to him for guidance on how to cut themselves off from California.

“So on the wealth tax you would have to pay if your assets – not your income but your total wealth wherever it might be – if you have, say a home in Paris, that would be included in your wealth,” he said. “So if your wealth was over $30 million, you would pay .4% of the value of your assets and you would pay that each and every year. So that's going to be something that, if it came into existence, would push more wealthy people out of California and out of Los Angeles.” 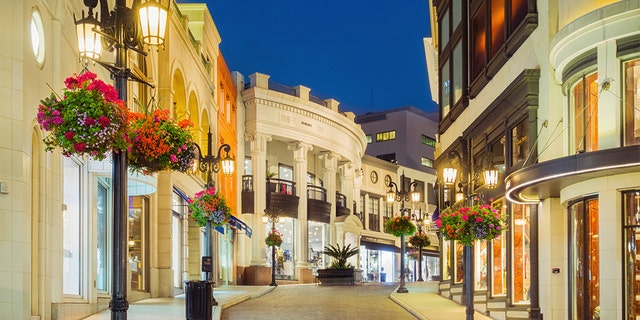 “The other separate thing is the proposed increase in income taxes. So right now, the top rate is 13.3%," Brager said. "That will go up depending upon how much you make – if you make more than $5 million then your rate is going to go to 16.8% and when you start adding that to what people in that tax bracket are paying on a federal basis at a rate of 37%, you get up as high as around 57.6%.”

Brager said in light of the relative ease many are having working from home using video conferencing, the tax increases could finally “be the straw that broke the camel’s back” and cause many wealthy people to leave Los Angeles for good.

“In my practice, I am already hearing from clients who would like advice on how to break ties with California in order to avoid paying what will amount to confiscatory taxes on their income and wealth,” Brager maintained.

"I am already hearing from clients who would like advice on how to break ties with California."

Mauricio Umansky, founder and CEO of the luxury powerhouse brokerage The Agency, told Fox News that “there is certainly a lot of conversation about getting out of California because of how expensive it is, but really more about the taxes – the fear of the new California taxes as well as the fear of the new wealth tax.”

In addition to the tax situation, Brager said residents are also growing concerned with a surging homeless population that has been exacerbated by COVID-19. The Los Angeles Homeless Services Authority recently published the results of the 2020 Greater Los Angeles Homeless Count, which revealed that 66,436 people in Los Angeles County were experiencing homelessness as of July 31, 2020, a nearly 13% rise from last year, while the city of Los Angeles saw a 16.1% rise to 41,290.

“The homeless problem is getting worse so there's a quality-of-life issue,” said Brager. “The fact that we're having this pandemic, people are nervous about being in a crowded city and being around other people and now because of Zoom and other platforms like that, many people are discovering that they can do their work from home. So, you put all these factors together and people are saying, ‘Well, why do I need to live in Los Angeles? Why do I need to live in California?'”

Reality star and luxury art and property broker David Kean echoed Brager about the homelessness that has consumed many of the city’s most visited tourist destinations like Venice, Santa Monica, Hollywood and the Melrose district. 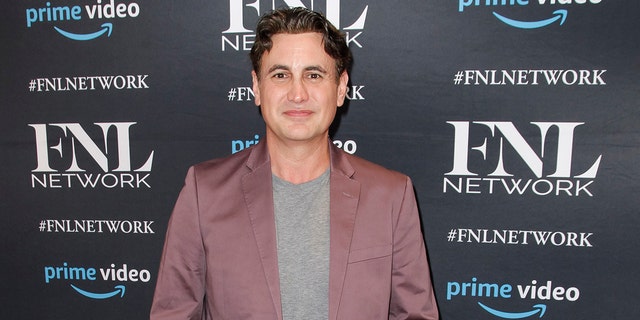 “There are cardboard cities everywhere and you see young people out there with their Starbucks cups – it's like OK, you can afford the $6 coffee," Kean said. "It's weird but yeah, celebrities are running away.” 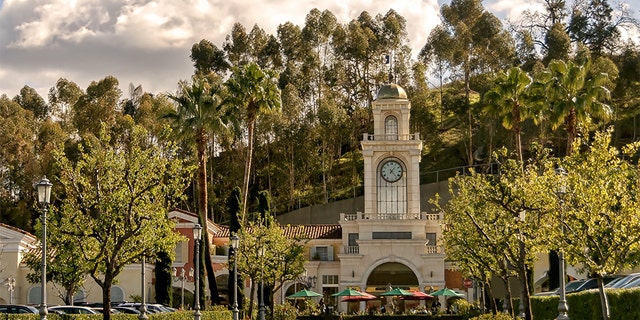 Street view of the entrance to The Commons, an upscale outdoor shopping mall in Calabasas, Calif.
(iStock)

Kean said wealthy clients are looking for gated, private security properties “with no homeless people at the shopping center.” He said many of his clients realize that living in Hollywood and Beverly Hills is not as attractive anymore, so they're looking for convenience in Calabasas and Hidden Hills.

“They want to be able to go to the mall and park their car and they don't want to deal with just craziness,” he said. "And other than Malibu, the paparazzi really don't hang out there too much unless they're following Britney Spears across town or something. It’s what I always called flip flops and Ferraris."

Wynn said that even for those empathetic toward the homeless population, “it becomes a little scary for people when they wake up in the morning and they look out on their front lawn and there are two people camped out there."

"Our biggest problem right now is Venice is a huge mess," he said. "Just a huge, huge mess." 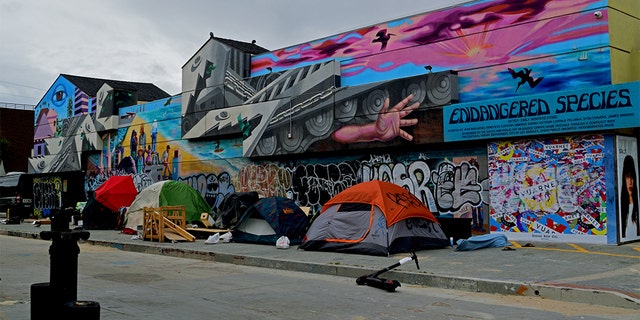 Homeless tents alongside the Venice beach boardwalk against colorful graffiti, in May 2019.
(iStock)

Yet despite the concerns of many of California’s wealthiest residents, Umansky maintains that “the market is on fire" in the state – so much so that his firm had its best two-month stretch in company history and has increased its workforce of real estate agents from 500 to 600 in just a year.

“Man, I don't know what's going on, but it is just on fire,” said the “Million Dollar Listing: Los Angeles” star and husband of actress and TV personality Kyle Richards. “There's a lot of movement going on, believe it or not, even within California – people actually not leaving California, but a lot of Northern California people coming to Southern California – there is a lot of that happening."

The Los Angeles Times reported on Aug. 20, citing data from real estate tracking site DQNews, that across the six-county region of Southern California, sales of new and previously owned houses, townhouses and condos rose 27.7% from June and managed an increase of 2.5% from the pre-pandemic days of July 2019. 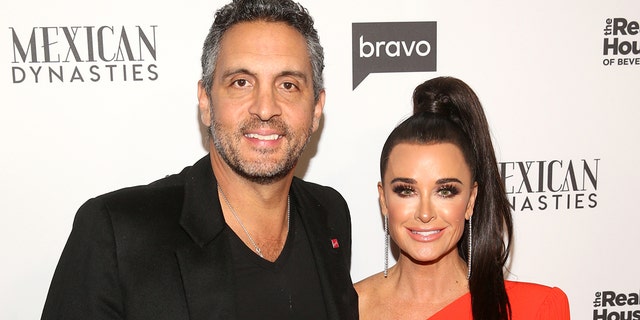 As for what his uber-wealthy clients are looking for? Umansky said they simply want more space where they can have all their amenities, so they don't have to venture out to public spaces as often as they were pre-pandemic.

“That's why Amazon is happening and it's all home delivery now. I mean, whoever wasn't shopping at home is now shopping at home. They're forced to and they're like, 'Hey, it doesn't suck,'” quipped the Bravo TV star. “Whatever that is – a pair of tennis shoes or your supermarket."

“And I can tell you one of the amenities right now that everybody wants is an Amazon room where you receive your packages," he said. "They sit there, they get disinfected in there before they come into your home."