Countdown star Susie Dent, 55, took issue with Pointless star Richard Osman, 49, after the presenter made an announcement on Twitter. The BBC quizmaster shared the news that the Bafta organisers have introduced a new daytime TV category for 2021.

But Richard cheekily joked on the micro-blogging site that his show Pointless didn’t have a chance of winning.

In view of his 966,000 Twitter followers, he penned: “Already looking forward to losing this to Dickinson’s Real Deal.”

His tweet caused a stir with his followers, most notably from Countdown favourite Susie who took a cheeky swipe at Richard. 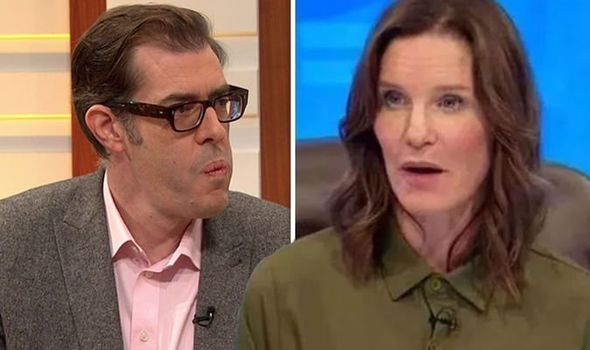 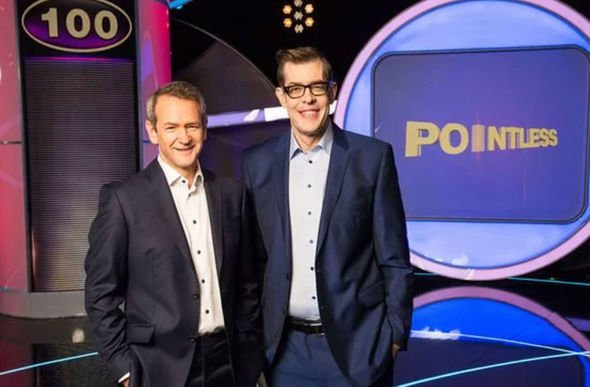 Richard took the opportunity to amend his previous statement as he cheekily joked that Countdown would also lose in the daytime category.

“Ok, looking forward to us both losing,” the Pointless star amended.

Their cheeky back and forth comes after it was announced a daytime television will be honoured at the Baftas for the first time after growing numbers of Britons started watching programmes that air during traditional working hours. 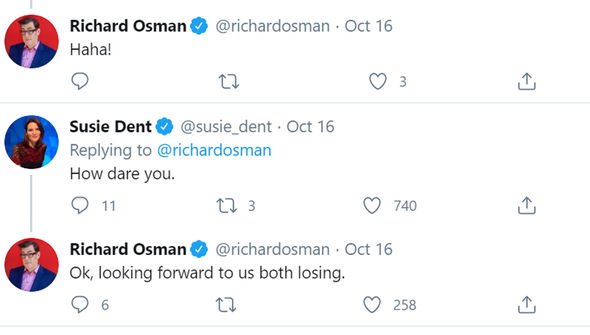 This means that shows such as Loose Women, This Morning, Homes Under The Hammer, and Escape to the Country will get a shot at being crowned winners.

Chairwoman of Bafta’s Television Committee, told The Times: “There is no doubt that Covid has shone a light on television that doesn’t normally get as much exposure.

She added: “It provides very specific information, respite and entertainment, so we wanted to make sure it was represented in this year’s categories.” 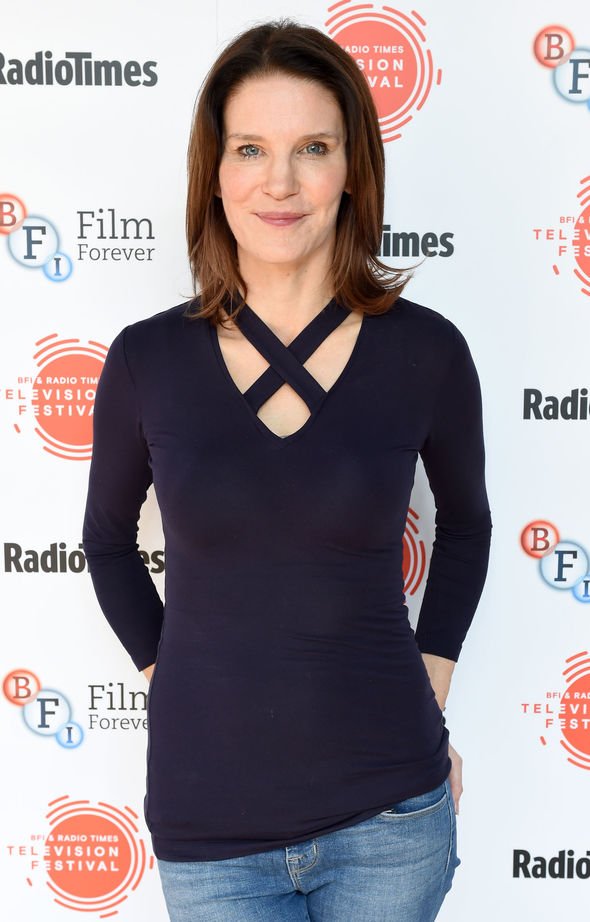 The Pointless host later tweeted: “Daytime is one of the few areas of TV which has been increasing ratings and growing new hits for a long time now.

“Daytime shows regularly out-perform prime-time for a while now, and on a fraction of the budget. Really pleased about this news.”

Richard is the creator and co-presenter of BBC’s daytime quiz show Pointless alongside Alexander Armstrong.

The programme made it’s debut in 2006 and has been a hit with viewers ever since.

Meanwhile, Susie has been a firm fixture on Channel 4 show Countdown for the past 28 years.

The lexicographer works alongside Rachel Riley and Nick Hewer on the show.

Susie first joined the show when long-serving presenter Richard Whiteley was the host.

Cariad Lloyd on opening up about death and the supernatural