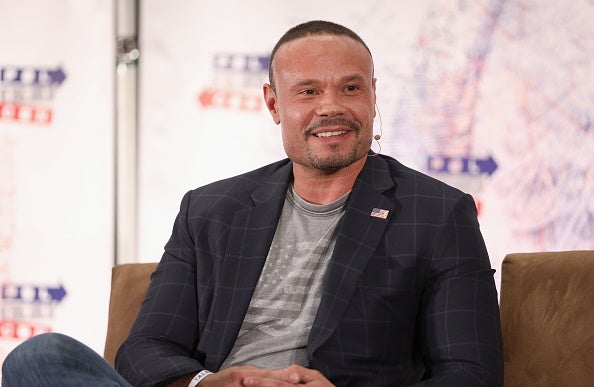 Dan Bongino did a soft launch of his new conservative news aggregator Wednesday morning, before starting to promote it in earnest on Twitter and his podcast later in the day, because he wanted to be sure the server could handle the traffic. A short while later, Bongino and his team had to upgrade the server because the traffic to the site was even higher than they’d expected.

“The launch was incredible. I don’t know any other way to say it,” the frequent Fox News contributor told TheWrap by phone Thursday night, adding he hadn’t expected the “voluminous” traffic in spite of the heavy flow of visitors to his other site, bongino.com. “By noon it just exploded and by the evening it was nuclear. Traffic never really slowed down.”

Bongino said at one point he looked at the number of unique visitors on the site — then at his wife — and said, “We’re going to need to hire someone else.” Asked what sort of a number he was looking at, Bongino estimated 20,000 uniques, but the site would have an Alexa score soon enough that could give more of an overview.

What is the appeal of the site? It’s a conservative news aggregator in the vein of Matt Drudge’s popular Drudge Report, but Bongino is quick to point out he and his team aren’t trying to copy Drudge in every way. His aggregator, for instance, will highlight almost exclusively right-leaning, conservative and libertarian outlets. It won’t ever link to pieces at the Washington Post or New York Times, he said, “unless it’s to make fun of them.”

By contrast, Drudge’s site had a Washington Post piece linked near the top of the page Thursday evening.

When a more traditional “straight news” outlet is highlighted, Bongino says his site will editorialize through headlines meant to convey that the story linked isn’t one to be taken seriously by his readers. In other cases, in the event of a “serious” event like a terrorist attack or disaster, Bongino noted the Bongino Report might feature Associated Press or Reuters reporting.

“What’s ‘straight news?’ I guess a lot of people out there in the general public would probably say the New York Times and Reuters,” he said. “I just disagree that is straight news.”

Representatives for the New York Times and Reuters didn’t immediately provide comment, nor did Drudge himself.

While Bongino said, “being a consumer of conservative news sites as well as a producer of one, I felt like Drudge’s site abandoned that,” he also added, “I don’t know Matt. I’ve never met him. It’s not personal. I just felt like conservatives needed a place to go for reliable conservative news.”

Conservative commentators like Mark Levin and politicians like Rep. Devin Nunes have promoted the site’s launch in tweets. A Red State piece on the new site accused Drudge of taking “a noticeable turn to the left as of late,” citing CNN reports that Drudge has been highlighting negative news for the Trump administration.

The newly-launched site’s top link on Thursday afternoon linked to a Fox News story about President Donald Trump threatening to have Rep. Adam Schiff, the Bidens, and House Speaker Nancy Pelosi testifying in Senate hearings in the impeachment process. True to what Bongino told TheWrap about the site’s editorializing, the words “TRUMP FIRES BACK” appeared before the article’s headline.

Other links on the Bongino Report directed to outlets like WarRoom.com and The Blaze, or directly to the tweets of government officials. They were listed under subheadings as direct as “Election 2020” or as evocative as “The Impeachment Witch Hunt.”

Sarah Paulson Was Asked About All of the Lea Michele Allegations