David Beckham, 45, decided to get preparations underway ahead of Halloween this weekend by getting stuck in with some cooking at home. The former footballer revealed to his fans he wanted to beat his wife Victoria Beckham, 46, to it by posting pictures of the final product as quickly as possible.

Alongside a picture of two apples drenched in toffee on a white plate, David wrote: “Halloween prep toffee apples.

“I’m posting now so my wife doesn’t claim to have made these… hahaha @victoriabeckham.”

In an additional post, David went on to brag about the Halloween treats he prepared for his kids.

He added: “I mean come on even I’m pretty impressed with my first try.” 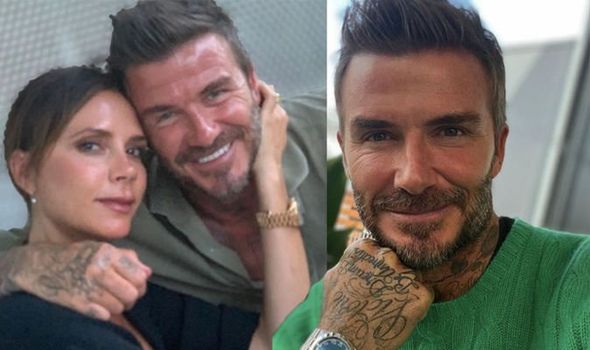 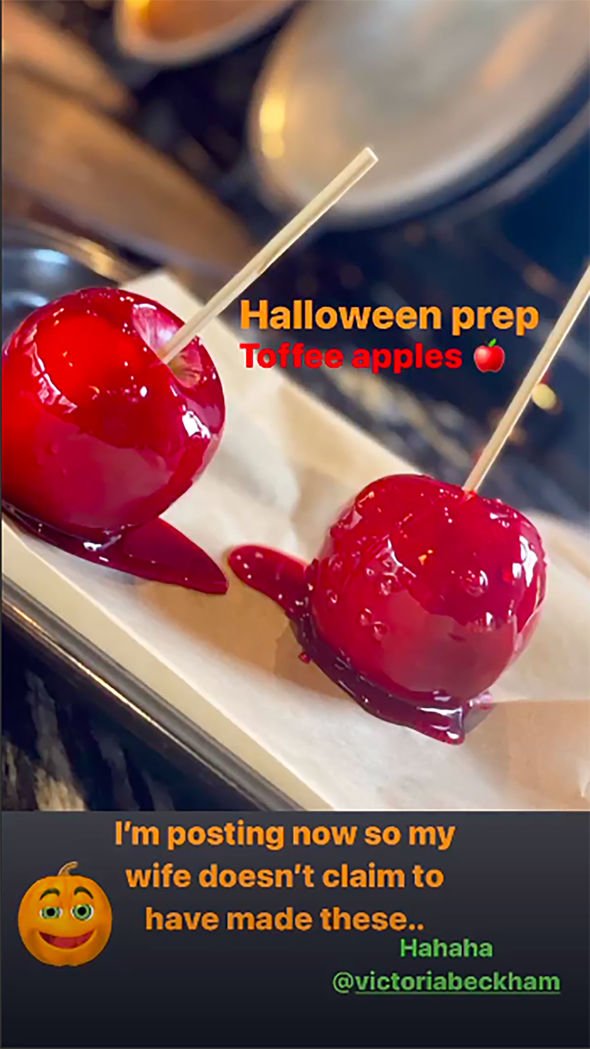 It wasn’t long before Victoria claimed the toffee apples as her handy work.

David then shared his wife’s post and told her to “stop lying”. 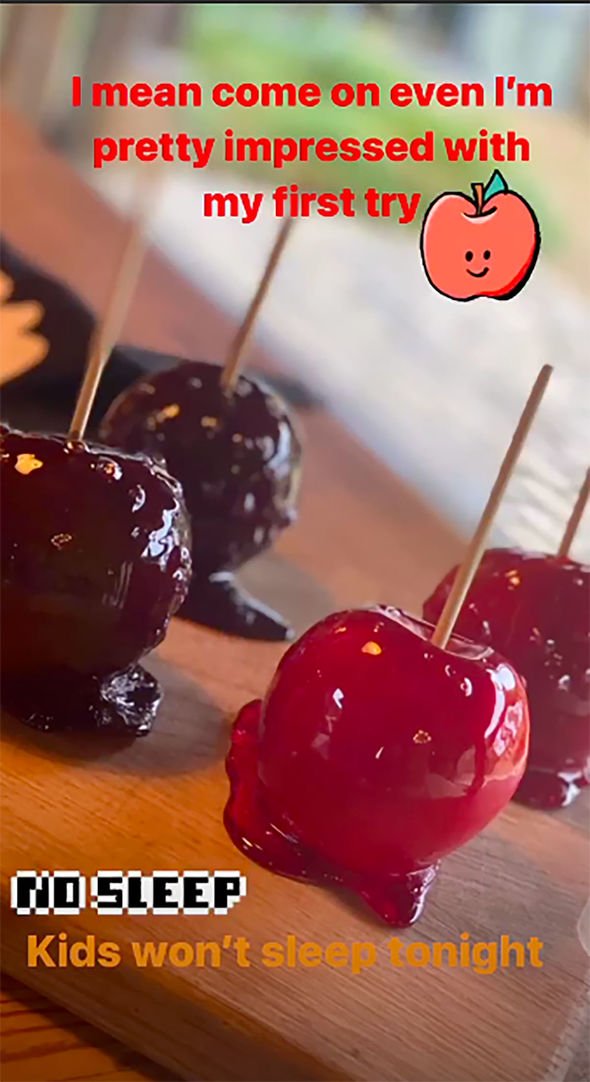 The Beckhams have now been married for 21 years and have four children, Brooklyn, 21, Romeo, 18, Harper Seven, nine, and Cruz, 15, together.

It comes after reports saw Brooklyn had appeared to move out of his family home with his fiancee Nicola Peltz.

Nicola shared a series of photos to document their new home on her Instagram page in view of her two million followers.

One showed Brooklyn lying down on the floor in one of their large rooms without any furniture, which appeared to be the early stages of their house move. 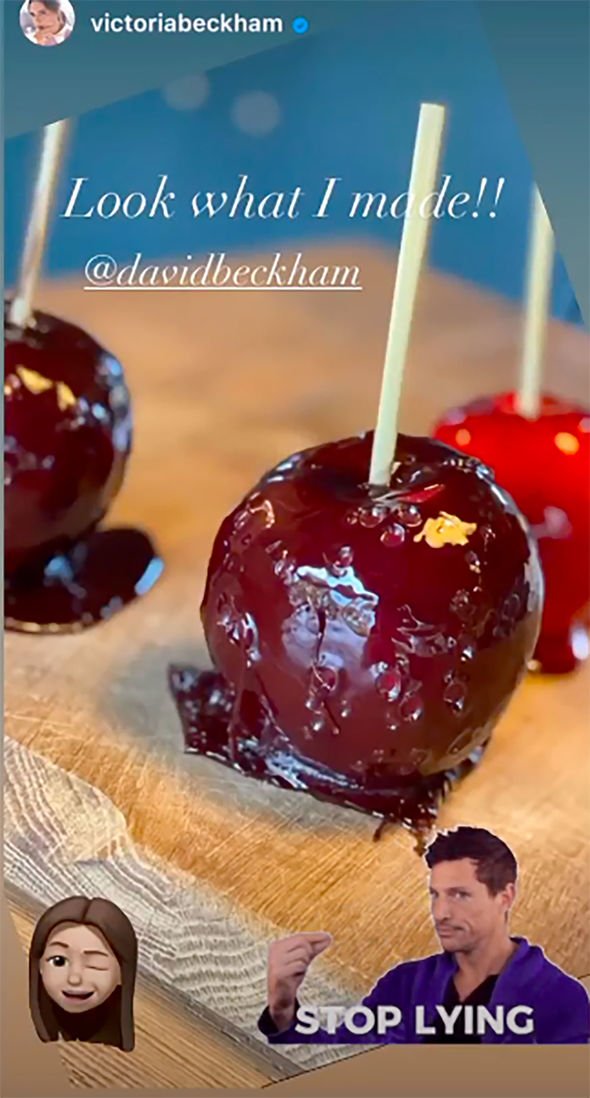 Since the loved up couple got engaged in July, they have been living together in the Beckham household.

Express.co.uk have contacted Nicola and Brooklyn’s representatives for comment.

Brooklyn and Nicola are planning to tie the knot at David and Victoria’s Cotswolds home.

The married couple-to-be previously told their close ones to “save a date” for September 2021, according to sources.

They said: “They originally told close friends to save a date in September 2021.

“This week, Brooklyn told his mates they’ve decided to postpone as it’s too risky.

The source revealed to The Mirror that Brooklyn and Nicola may have to exchange vows at a smaller ceremony and save the celebrations for a later date in 2022.

After the stars announced their engagement, it was revealed by The Sun that Brooklyn’s sister Harper will be assigned as chief bridesmaid for Nicola.

Nicola and Brooklyn originally wanted two ceremonies for the special occasion – held in both Florida and the Cotswolds.

Mandy Moore Says Her 20s Were 'The Worst' Period Of Her Life!