It's a sunny afternoon and outside a cafe in inner Sydney, Charlotte Best is laughing. She does this a lot in spite of nursing a neck injury gained, she says, not from the wicked punches she threw beating up bad guys in the impressive fight scenes in her upcoming television role, but from cricking her neck while flying economy class to Europe for a holiday when filming wrapped.

Charlotte's amiable chatting, peppered with enthusiastic repetitions of "absolutely" and "bloody", soon reveals a steely resolve. The 24-year-old has much in common with her character Cal – short for Calliope – in the new eight-part Netflix crime sci-fi series Tidelands, shot this year in south-east Queensland and about to be shown in 190 countries. "I feel like I've always been a pretty tough cookie," she acknowledges. 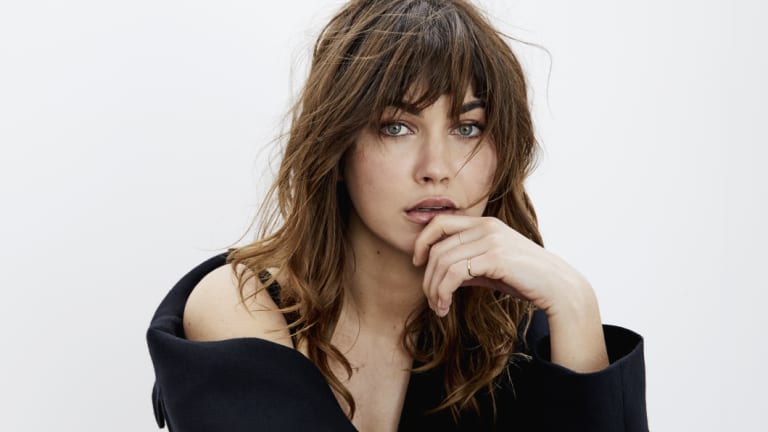 “I’m like, ‘You know what would be fantastic? If I
didn’t get asked that because I’m a woman.’ I think it’s about time.”Credit:Netflix

Charlotte is a self-confessed tomboy who grew up chasing her brothers, Andrew, Matthew and Joshua, around their home in Gosford on the NSW Central Coast, and boating with their mechanic father, David.

When she wasn't taking singing or dance classes or participating in musical theatre, Charlotte swam, dived and surfed between having a crack at soccer, netball, basketball and even ice-skating. Being "not that co-ordinated" didn't hold her back.

"I was never any good at much of it," she laughs. "I was very competitive, so I was the captain of lots of different things for two seconds. But when I got bored, I'd move on to the next thing. Maybe that's something to do with role-playing [different characters]."

Charlotte first appeared on our screens in a couple of Comedy Central skits before auditioning at the age of 12 for the role which put her in Australian lounge rooms for 3½ years, innocent teen Annie Campbell in Home and Away.

Then, in her late teens, came a role she relished as the "bitch" Cheryl Hayes in two seasons of the TV version of Puberty Blues. Charlotte credits the lead director of the series, Glendyn Ivin, for taking her seriously as a performer, and boosting her resolve to pursue acting as a career.

A couple of long stretches in Los Angeles followed, with Charlotte auditioning for roles and sleeping on couches in share houses in a West Hollywood neighbourhood rich with fellow Home and Away and Neighbours alumni. For one film she made in the US, An American in Texas in 2017, her co-star Keith Jardine, a professional fighter, taught her and the largely young male cast to box.

Now, having returned to Australia, Charlotte is thanking her lucky stars for second chances: her first audition for the plum Tidelands role was an apparent failure, because the role was written for someone older than her.

But when the producers decided to make the character younger, Charlotte auditioned for a second time and clinched the gig. Helping her to feel even more at home, the series' main location – Redland Bay, 35 kilometres south-east of Brisbane – looks a lot like the area where she grew up.

In Tidelands, Cal returns home to the fictitious fishing town of Orphelin Bay after a stint in prison for committing arson as a teenager. Settling back in after a long absence, she uncovers criminal activities that appear to implicate her late father, alcoholic mother and wayward brother.

As the story evolves, Cal gets caught up in increasingly nefarious family business. Meanwhile, a deeper plot concerning a race of half-human, half-siren people, led by a character called Adrielle, played by Spanish actor and model Elsa Pataky, bubbles to the surface.

Playing Charlotte's on-screen mother is Rake star Caroline Brazier, who told Sunday Life earlier this year that she likes to recite Kundalini mantras when preparing to go on stage or to shoot a scene.

It's a scenario with which Charlotte grew familiar. "Oh my gosh, I love that woman," she says. "She helped me a lot. Seriously, I was so ecstatic to be working with her."

Did Caroline encourage her to recite the mantras? "Yep! Yep!" says Charlotte. "She was doing it with me on set! There was this scene where I had to feel in touch with my sensuality, and she was giving me all these mantras and crazy techniques."

She laughs, "It can be hard sometimes, when you're bloody tired, to feel really connected."

But did she chant anyway? "I did! Caroline's on to something."

Charlotte's recent neck injury has meant a reduction in yoga classes in favour of Pilates, for core strength, and she is also continuing to embrace the Headspace app for meditation.

She describes how she would listen to Headspace on the set of Tidelands through ear buds. "They're my little secret sounds," she says, declining to elaborate on what exactly those sounds might be. She also records monologues from movies that inspire her and plays them back on her phone. "When I lose an iPhone, oh my god. Thank god for iCloud." 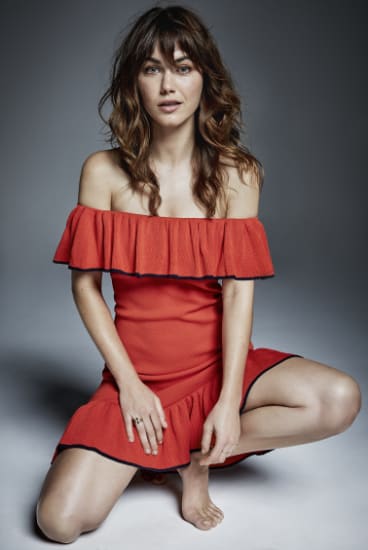 Charlotte, describes Cal as a “dirty fighter, really rough and holding her own”. Credit:Netlfix

Along with rising fame has come an increased public interest in her private life. Anyone who reads the tabloids will know that she recently split up with her boyfriend, former Big Brother contestant Ryan Ginns. "I am single, yes," she says, laughing ruefully.

"Don't want to talk about that because it's too fresh, you know what I mean?"

Right now she's sharing a house in Mosman, on Sydney's north shore, with Joshua, her younger brother by three years (she is also close to her two older brothers). I ask if it's difficult to have her relationships – not just with Ginns but before that with MasterChef 2012 winner Andy Allen – picked over by the media. "Of course, of course," she says. "I mean, I'm a 24-year-old girl, you know?"

But more concerning to her than gossip coverage is the marginalising of female achievement. "I do an interview every now and then and the interviewer will say, 'You're in this TV show and you're a strong female lead – isn't that fantastic?' I'm like, 'Well, you know what would be fantastic? If I didn't get asked that because I'm a woman.' If I was a dude, that wouldn't be a question. I'm waiting for that day. I think it's about time."

Charlotte, who was trained in both combat and underwater diving skills for Tidelands, describes Cal as a "dirty fighter, really rough and holding her own". What Charlotte relishes about the series is that there is no attempt to portray the male characters as weak to make the females appear stronger. The women are strong, full stop.

Charlotte reveals that her own "strong" mother, Susan Best, who gave up her career as an architectural draughtsperson to raise four children, was her inspiration for Cal, who wants to connect with family in order to belong. It seems Charlotte's grandmother, at that time unmarried, was forced to give Susan up as a baby, and the birth records were until recently sealed away. But Susan discovered that, while her mother is dead, her father – Charlotte's grandfather – lives in Tasmania. A whole new extended family story, which ranges from Kakadu to Texas, is still being unravelled. 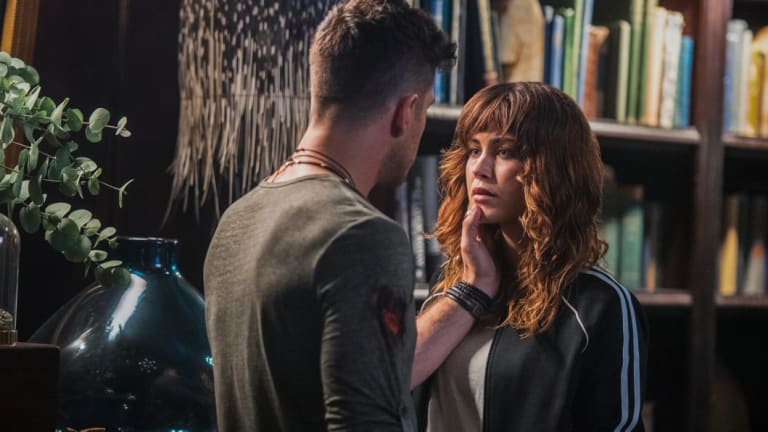 Charlotte has spoken with her recently discovered grandfather over the phone and hopes to meet him in person at a Christmas Day gathering at the Best family home in the NSW Hunter Valley. "It's such a weird thing," she says. "It's incredible for my mum. I didn't actually think about it for myself. I was like, 'Oh my god, Mum, you're finding your family, you've wanted this your whole life.'

This will be the first Christmas in recent years which she has spent at home, rather than in America. But in the wake of Tidelands, Charlotte – whose role models include Rose Byrne and Elizabeth Debicki, "naturalistic" actors who've built international careers – intends heading back to the US.

"I want to do absolutely everything," she says of her acting future. "It's like when I was a kid playing all my sports. I want it to be a surprise for me as well as you. Let's see how it goes but, yeah, I'm going to work bloody hard and see where it takes me."

Tidelands streams on Netflix from December 14.

This article appears in Sunday Life magazine within the Sun-Herald and the Sunday Age on sale December 9.

Amy Roloff Wedding Update: The Dress! The Date! All The Excitement!