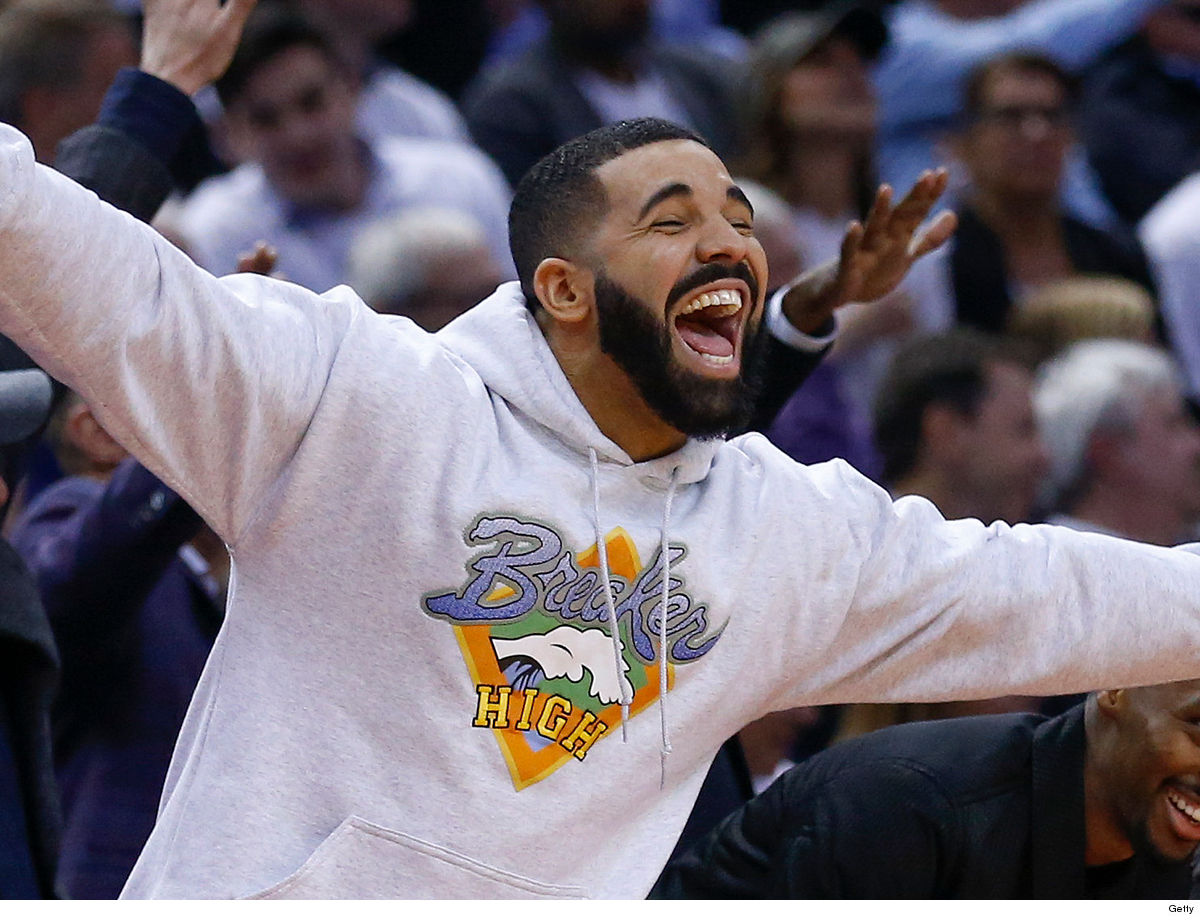 Here’s Drake … stoked out of his MIND while watching his Toronto Raptors take a giant dump all over the Philadelphia 76ers on Tuesday and taking a 3-2 lead in their playoff series.

Does he look worried about a curse to you?!

Drake was sitting right on the court at Scotiabank Arena in Toronto as his squad put a 125 to 89 beating on Philly in a pivotal Game 5.

In the 4th quarter, with roughly 10 minutes left in the game, Drake ramped up the trash talk — and started making airplane wing gestures at the 76ers players.

Of course, 76ers superstar Joel Embiid wasn’t exactly at 100% — he’s battling a pretty nasty illness — so, Drizzy might wanna tone it down until Game 6 … which goes down Thursday night in Philly.

After the game, 76ers coach Brett Brown fired back at critics who were ripping Embiid’s performance.

“[Embiid] was trying to do whatever he could to represent his organization and play basketball for the Philadelphia 76ers,” Brown said.

“I’m kind of disappointed. He gets shaken around to me too much. He’s trying to play for us. He’s trying to get out of bed with a significant temperature and come represent the organization. I think it’s grossly unfair, some of the criticism that he gets. I don’t understand that.” 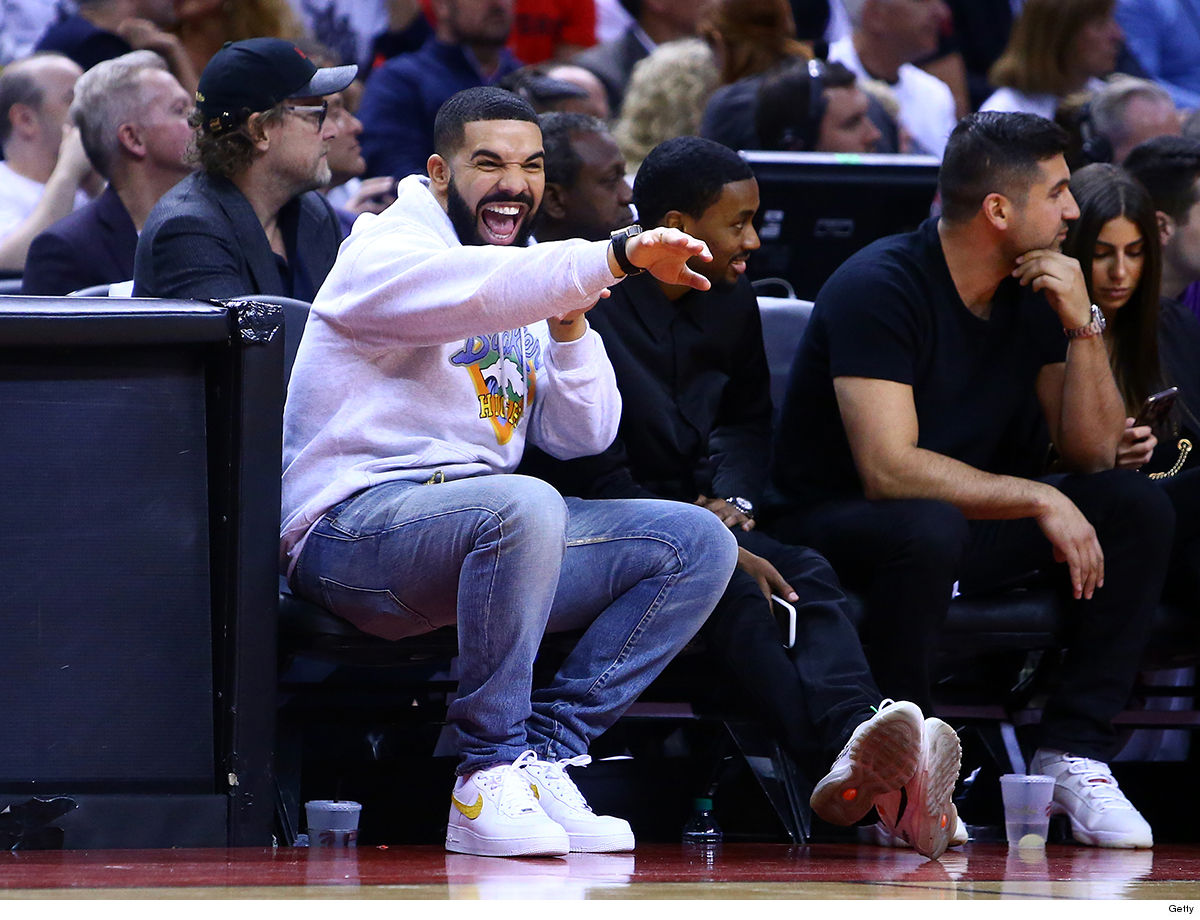 Jennifer Garner Enjoys a Sunny Day at the Beach With Family