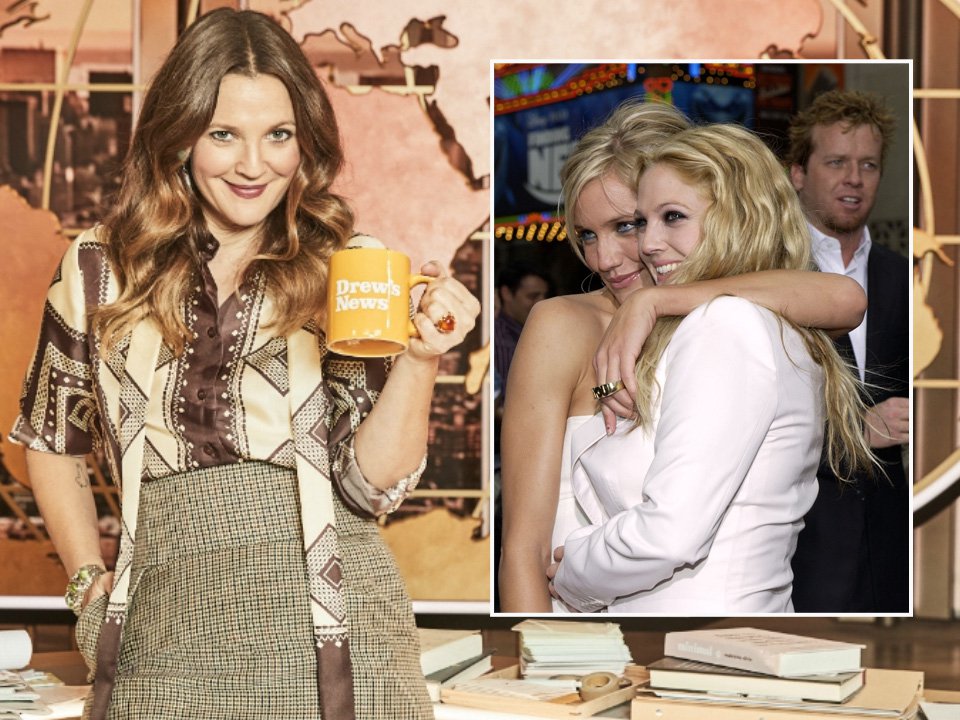 Drew Barrymore has confessed that she mistakenly sent a slightly risqué video clip to a teenage boy.

The 46-year-old actor and presenter was trying to send the video of herself getting dressed to close pal and former Charlie’s Angels co-star Cameron Diaz, but it ended up going to a 16-year-old boy.

After asking her guests – The Vampire Diaries star Nina Dobrev, ex Dancing with the Stars pro Julianne Hough and co-host Ross Mathews – if they had ever sent a racy text to the wrong person on The Drew Barrymore Show, the star confessed to her recent accident.

In a game segment called ‘Did the Crime, Sip the Wine’, Drew revealed the details of her embarrassing slip.

She explained: ‘My best friend happens to be Cameron Diaz and I sent her a video of me getting dressed.

Luckily, Drew shared that the teenager had promised not to share the clip with anybody.

She said: ‘He then wrote me back and was like, “I have your video but I promise I won’t like, put it out anywhere.”’

Drew then described how the video was her ‘only getting dressed and not being sexy’.

She continued: ‘I’m like doing this [dancing] to her – it’s because I was trying to multitask and she’s my best friend and we get dressed in front of each other all the time.’

After guest Julianne commented that she ‘loved’ that story, Drew shared her relief at Matthew being discrete enough not to release her accidentally shared clip.

The 50 First Dates star exclaimed: ‘Thank God for Matthew for being such a kind young gentleman not to put it out there in the world.’

Meanwhile, the E.T. star also recently spoke with Dylan Farrow on her show, Woody Allen’s adoptive daughter, who has accused him of molestation.

Drew shared how her stance on him had changed since having her own children and that she felt she had been ‘gaslit’ into taking the role in the film.