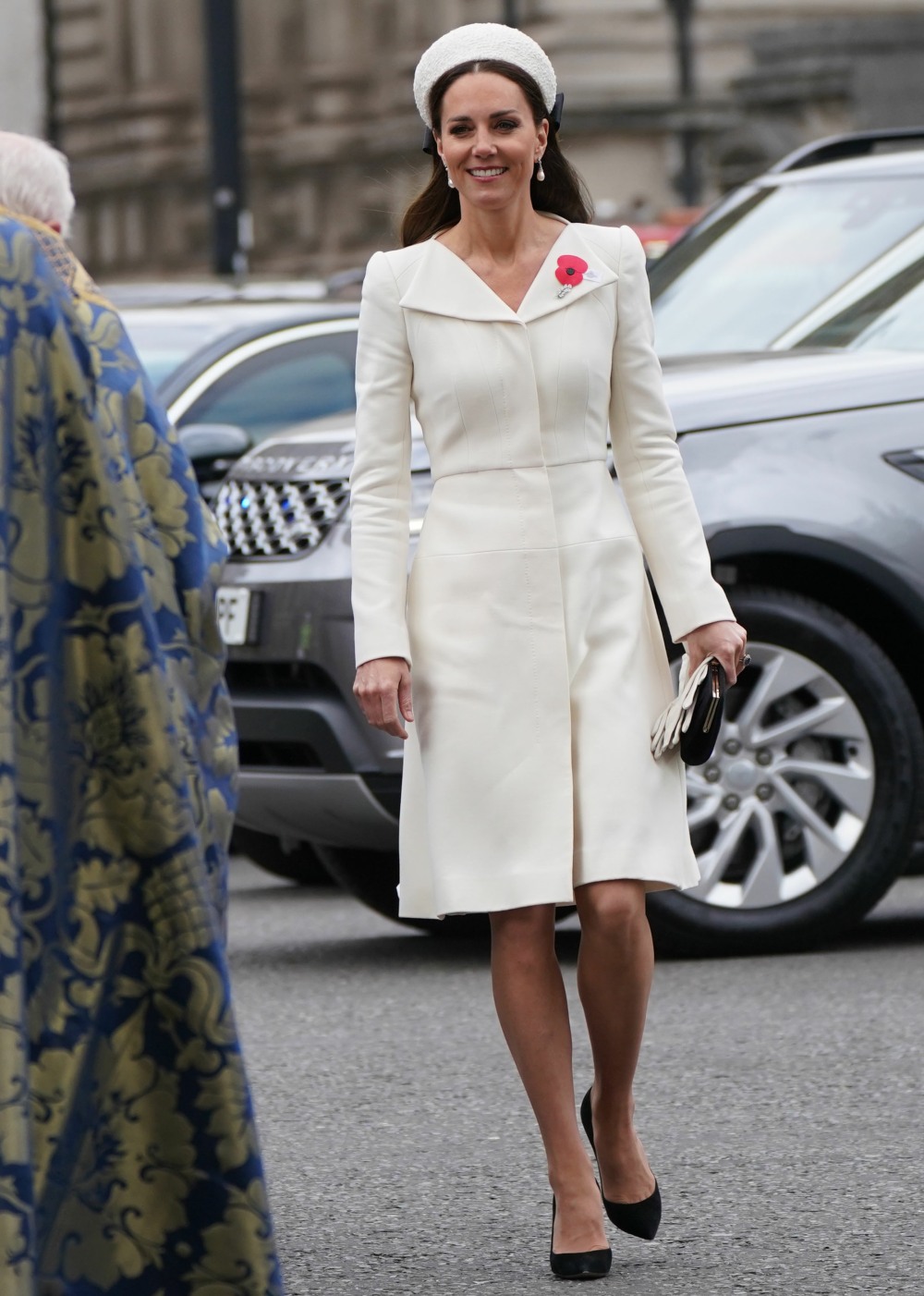 Initially, I only saw the photos of Prince William at this morning’s Anzac Day wreath-event and I thought “how boring.” I wasn’t even going to cover those photos, but then I saw that the Duchess of Cambridge joined him at the Anzac service at Westminster Abbey. So here we are. I remember when the Duke and Duchess of Sussex did this service years ago. Meghan wore black and looked very respectful and subdued. Um… Kate turned up like she was headed to a wedding.

Kate did a recycled look – she wore her white Alexander McQueen coatdress, the same one she wore for Princess Charlotte’s christening in Windsor. It might even be the same one she wore to the Duke and Duchess of Sussex’s 2018 wedding as well! We never did get an answer for that, whether Kate wore the same white McQueen, or whether she had a second McQueen made in such a pale yellow, it read as cream in all of the wedding photos. Looking at those wedding photos again, I’m now convinced that Kate did *not* rewear the white McQueen from Charlotte’s christening. She just had a duplicate made in off-white.

Kate paired the look with a pair of earrings which once belonged to Diana, and a pretty terrible hat. Why does Kate keep wearing hats which make her look like an old-fashioned stewardess? Say what you will about Kate, but she actually has the face to pull off many different hat and fascinator styles. I don’t get why she’s stuck on this stewardess style. 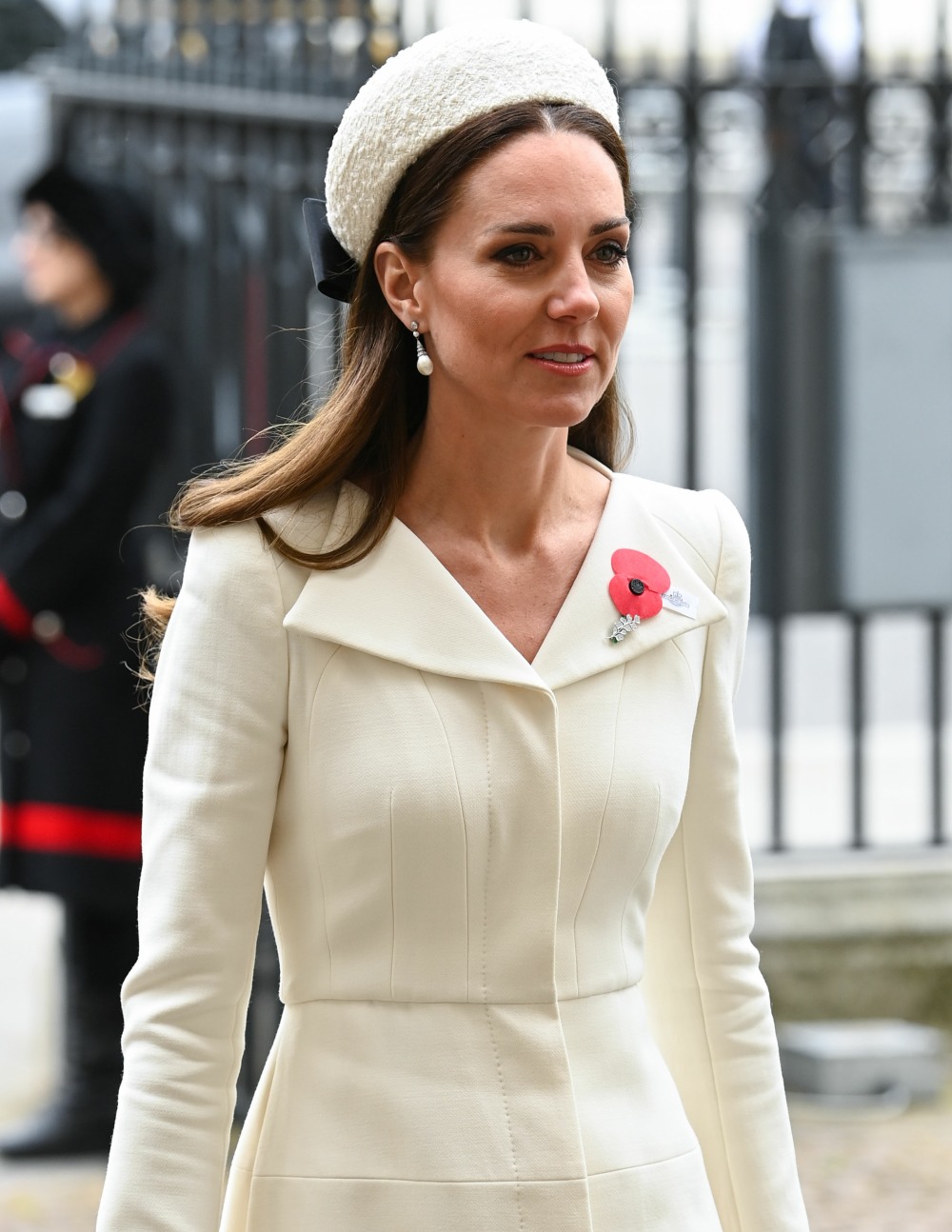 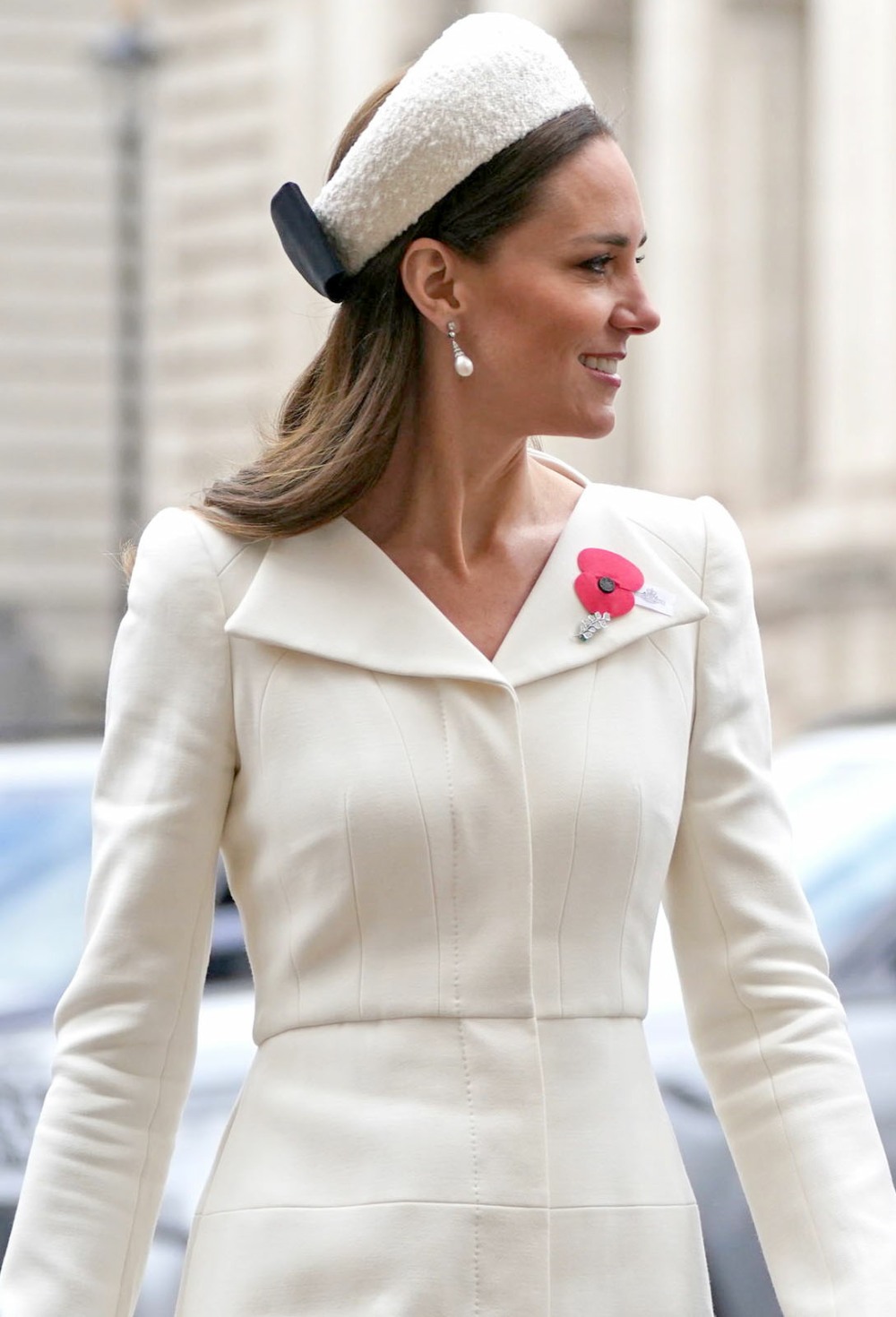 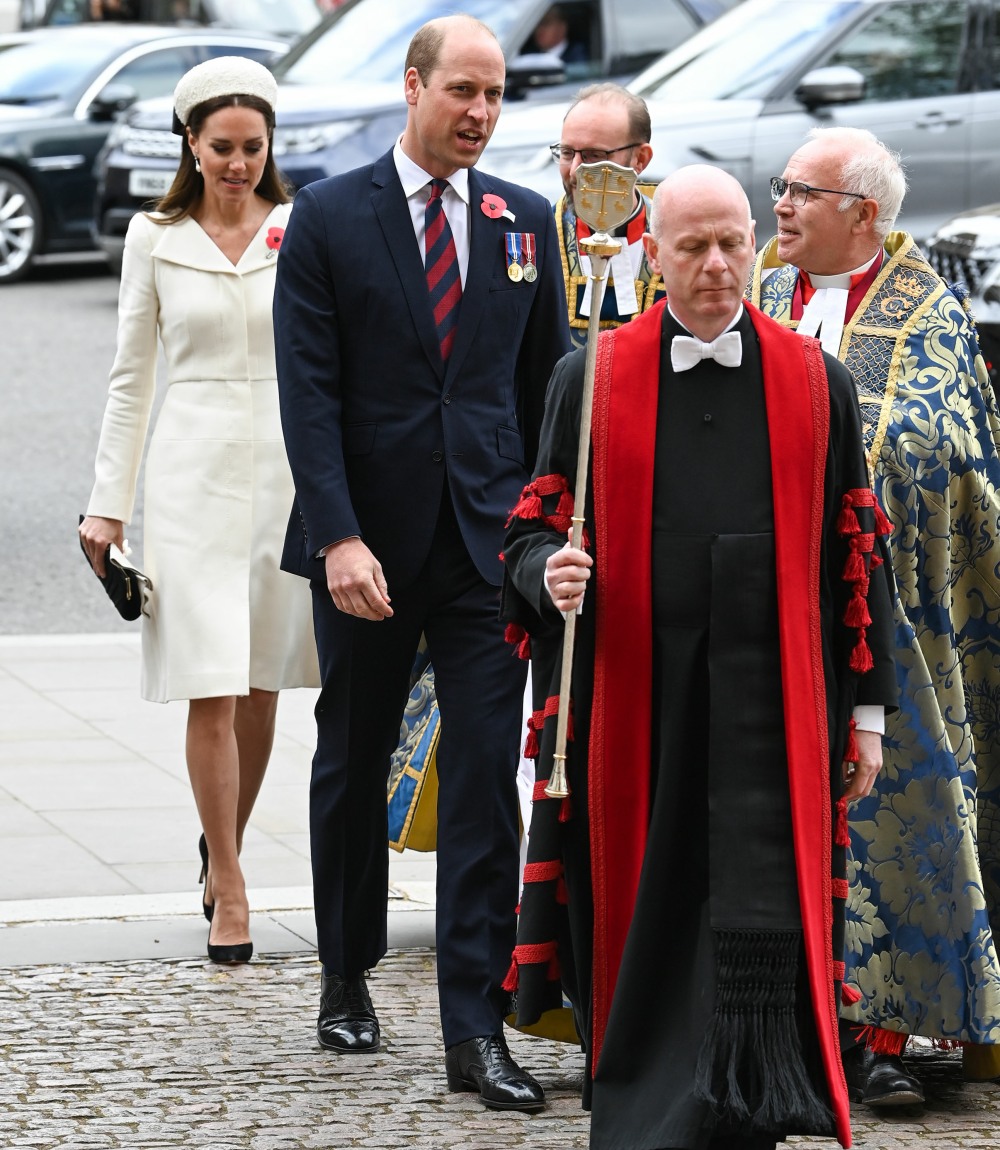