Emma Watson is one of the most famous people in the world but don’t expect her to pose for selfies or take photos with fans when she’s out and about or at an event. Yes, she’s a celebrity but she wants privacy too. 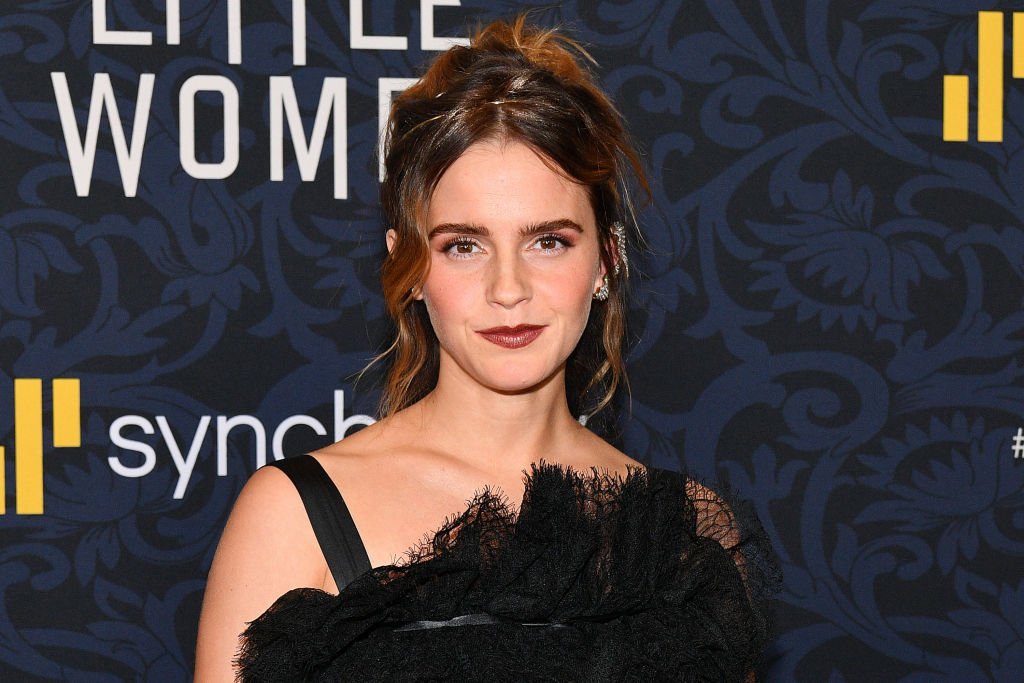 RELATED: Emma Watson’s Net Worth (and How Much She Made From ‘Harry Potter’)

The actress rose to fame as Hermione Granger in the Harry Potter film franchise based on the best-selling books by J.K. Rowling. She (and her character) grew up over the course of 8 films that spanned nearly a decade. By the time the final installment in the movie franchise hit theaters in 2011, Watson — and the rest of the Harry Potter cast — had become a major celebrity with a loyal fan base.

With the wizarding world behind her, Watson’s star power has only continued to grow. She played Belle in a live-action version of the classic Disney movie, Beauty and the Beast. And in 2019, she starred in Greta Gerwig’s Oscar-winning film, Little Women.

During a February 2017 interview with Vanity Fair, Watson explained why she declines to take photos with fans. It’s not the pictures that bother the actress it’s when they are posted and give away her exact location.

“For me, it’s the difference between being able to have a life and not. If someone takes a photograph of me and posts it, within two seconds they’ve created a marker of exactly where I am within 10 meters,” she said. “They can see what I’m wearing and who I’m with. I just can’t give that tracking data.”

She continued, saying she might spend a few minutes talking to fans.

“I’ll say, ‘I will sit here and answer every single Harry Potter fandom question you have but I just can’t do a picture,’” Watson said. “When am I a celebrity sighting versus when am I going to make someone’s freakin’ week? Children I don’t say no to, for example.”

Stalkers have been part of her life for years

Watson’s no photos policy might seem a little unorthodox but it comes after years of dealing with stalkers. It all started when she’d been 11 and the first Harry Potter movie debuted. Since then stalkers have been something she’s had to think about in her daily life.

In 2012, while on location in the Oyster Bay area of Long Island, New York, filming Darren Aronofsky’s Noah, a fan found their way onto set where they sought out Watson, according to Express. The actress recognized them as someone who had been lurking outside her home and they were quickly escorted out.

#ad Our closets impact the planet and climate more than you might realize, which is why I am proud to partner with @thredUP to launch their new Fashion Footprint Calculator (link in bio!) They created an easy to use tool, and I’m so excited to help people discover the carbon impact of their wardrobes, and steps you can take to lighten your fashion footprint. They’ll tell you what your fashion footprint is equivalent to a number of flights, exactly how many pounds of CO2 it produces and how you fare compared to an average consumer. Small changes, such as thrifting instead of buying new, supporting sustainable brands, and air-drying your clothes, can make a HUGE difference. My friends at @goodonyou_app are also included in the directory at the end of the quiz, where you can get more info on the impact of your fashion choices. Also, if you don’t know @thredUP, they are one of my favourite online thrift stores. They make it incredibly easy to find any brand and style secondhand at up to 90% off est. retail, from high street brands to some of my favourite designers. I love their mission to inspire us to think secondhand first and create a more circular fashion future. (P.S. they are just shipping to U.S. and Canada currently, but the Calculator is available to everyone!) Find out your fashion footprint by clicking the link in my bio, or heading to thredup.com/quiz to make a difference for the planet! #fashionfootprint ❤️??

By 2014, Watson had hired a former police officer as her bodyguard. Paying them £90,000 or approximately $108,000 the Harry Potter actress is said to always have her bodyguard at her side even if she’s just going out dinner.

A bodyguard isn’t the only security measure Watson’s taken to protect herself against stalkers. After seeing a home via Skype, she bought it sight unseen because the property had a discrete (i.e. paparazzi-proof) entrance. As the actress in her Vanity Fair interview, privacy “is not an abstract idea.”