“Trans people are who they say they are and deserve to live their lives without being constantly questioned or told they aren’t who they say they are,” Watson, 30, wrote via Twitter on Wednesday, June 10. “I want my trans followers to know that I and so many other people around the world see you, respect you and love you for who you are. I donate to @Mermaids_Gender and @mamacash. If you can, perhaps you’ll feel inclined to do the same. Happy #PRIDE2020 Sending love x.”

The Harry Potter creator, 54, found herself under fire on Saturday, June 6, after she shared an article titled “Opinion: Creating a more equal post-COVID-19 world for people who menstruate.” She added, “‘People who menstruate.’ I’m sure there used to be a word for those people. Someone help me out. Wumben? Wimpund? Woomud?” 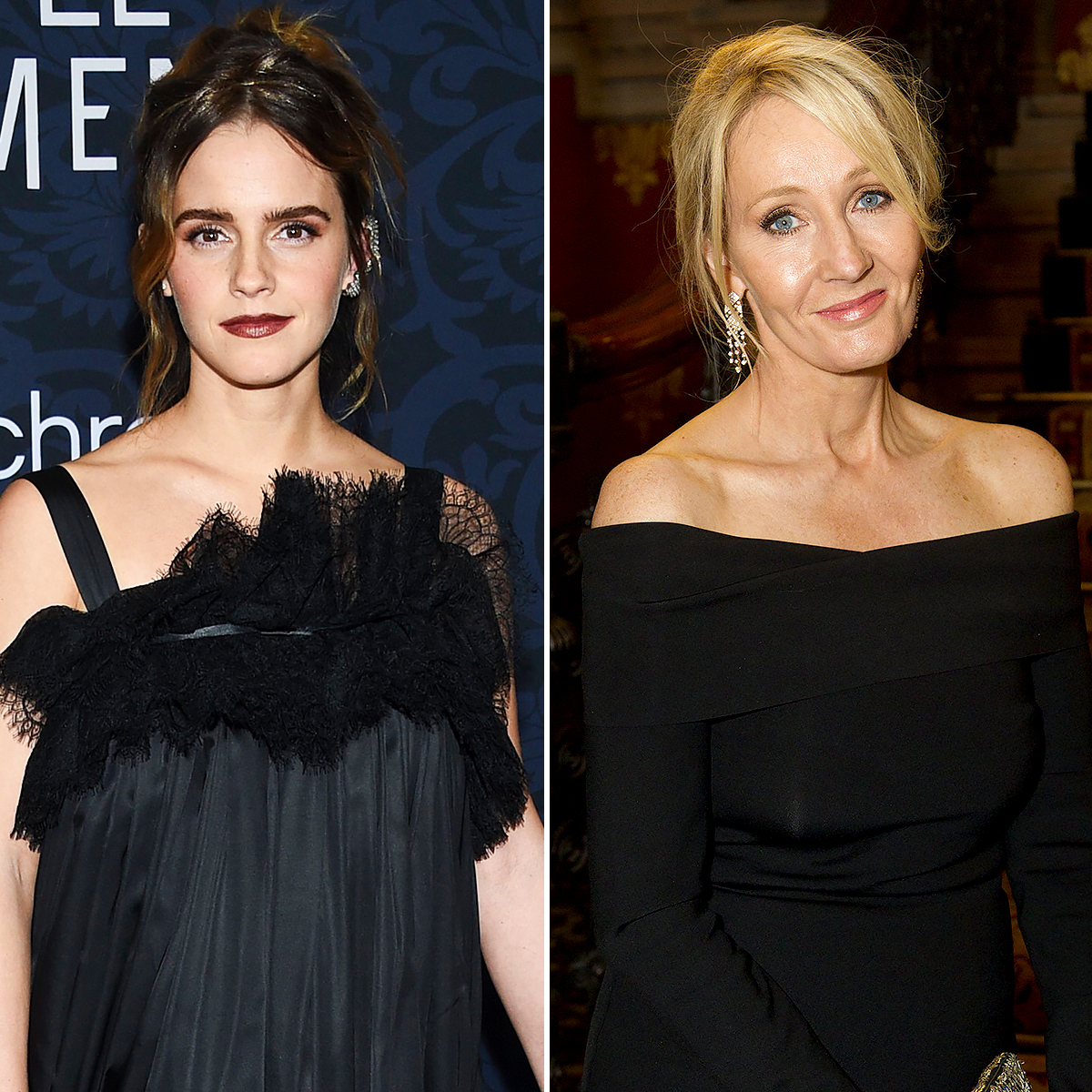 The author continued her commentary, despite backlash, writing, “If sex isn’t real, there’s no same-sex attraction. If sex isn’t real, the lived reality of women globally is erased. I know and love trans people, but erasing the concept of sex removes the ability of many to meaningfully discuss their lives. It isn’t hate to speak the truth.”

She continued: “The idea that women like me, who’ve been empathetic to trans people for decades, feeling kinship because they’re vulnerable in the same way as women – ie, to male violence – ‘hate’ trans people because they think sex is real and has lived consequences – is a nonsense. I respect every trans person’s right to live any way that feels authentic and comfortable to them. I’d march with you if you were discriminated against on the basis of being trans. At the same time, my life has been shaped by being female. I do not believe it’s hateful to say so.”

The Beauty and the Beast star’s response came hours after Rowling defended herself in a lengthy essay.

“This isn’t an easy piece to write, for reasons that will shortly become clear, but I know it’s time to explain myself on an issue surrounded by toxicity. I write this without any desire to add to that toxicity,” the British writer explained on Wednesday.

She said that she is an ally to the trans community and noted, “It isn’t enough for women to be trans allies. Women must accept and admit that there is no material difference between trans women and themselves.”

The screenwriter, who also revealed she is a “domestic abuse and sexual assault survivor” called for everyone to be more understanding.

“I never forget that inner complexity when I’m creating a fictional character and I certainly never forget it when it comes to trans people,” she concluded. “All I’m asking – all I want – is for similar empathy, similar understanding, to be extended to the many millions of women whose sole crime is wanting their concerns to be heard without receiving threats and abuse.”

Rowling’s essay and Watson’s remarks are just two statements that have come from the Harry Potter world following the author’s controversial tweets earlier in the month.

Fantastic Beasts and Where to Find Them star Eddie Redmayne made it clear on Wednesday that he disagrees with Rowling’s stance. “Trans women are women, trans men are men and non-binary identities are valid,” he said in a statement obtained by Us Weekly.

A few days prior, Daniel Radcliffe echoed both Redmayne, 38, and Watson’s sentiments.

“While Jo is unquestionably responsible for the course my life has taken, as someone who has been honored to work with and continues to contribute to The Trevor Project for the last decade, and just as a human being, I feel compelled to say something at this moment,” Radcliffe, 30, wrote in an essay published by The Trevor Project on Monday, June 8. “Transgender women are women. Any statement to the contrary erases the identity and dignity of transgender people and goes against all advice given by professional health care associations who have far more expertise on this subject matter than either Jo or I.”