Home » Celebrities » ‘Emmerdale might get in trouble!’ Nicola Wheeler on doing own stunt after hip replacement

Emmerdale: Nicola gets knocked to the ground in violent attack

Emmerdale’s Nicola Wheeler, who plays Nicola King, has revealed all about filming the dramatic scenes which see her character crash into David Metcalfe’s (Matthew Wolfenden) van. The collision comes as Nicola continues to struggle after being brutally attacked by a group of teenage girls.

The traumatic incident leaves her shaken and she struggles to leave the house or be left alone. However, when there is no one else to pick up the children from school, Nicola has no choice but to get behind the wheel of her car.

As thoughts of the attack plague her mind, she slams on the accelerator and crashes into David. David then angrily confronts her and demands insurance details, but Nicola panics, rushes back into her house and bolts the door.

Speaking to Express.co.uk and other press, Nicola revealed that she did all the stunts herself, despite the fact that she had just undergone a hip replacement.

She explained: “I don’t know whether I should tell you this because Emmerdale might get into trouble. 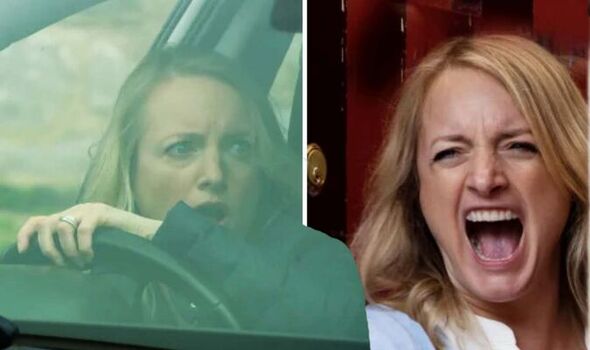 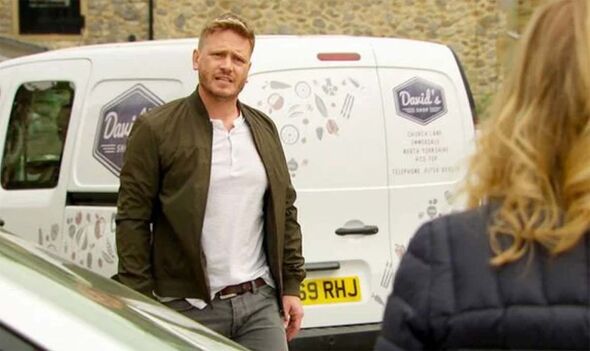 “I literally came out of my dressing room and they handed me some car keys and said, ‘Right, what we want you to do is get in the car, drive and then slam the brakes on. You can do this can’t you?’

“Bear in mind, I had only just had my hip replaced! I was fully healed, don’t worry, they didn’t drag me in early.”

Nicola admits that she was nervous about filming the crash in case someone got hurt. 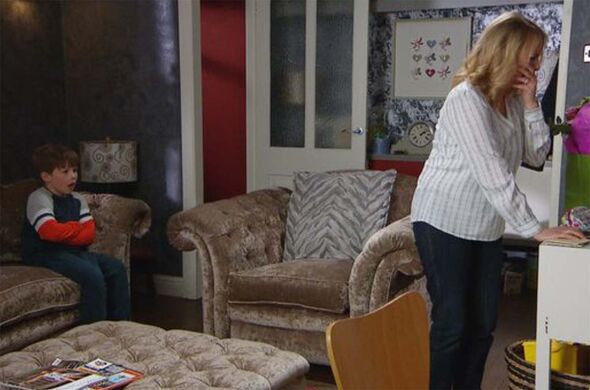 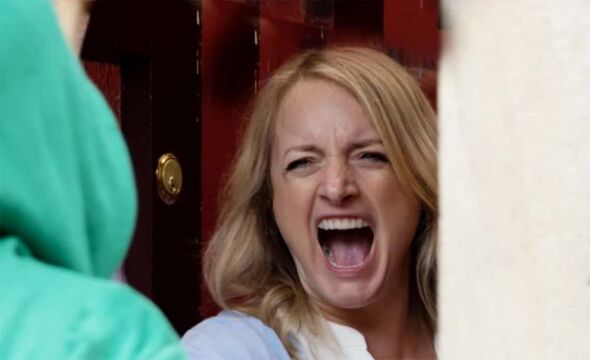 The actress went on: “I thought, what if I don’t get the brakes on? It was actually quite scary.

“I probably was miles away [from Matthew Wolfenden], but I kept thinking, ‘What if my foot slips, what if I do actually hit the back of his car?’

“And I was in a car that I have never driven before and it had a really sensitive accelerator so when I pressed it, it lunged!”

Luckily, the scene was a success and neither Nicola nor Matthew were hurt in the process.

Things are set to get worse for Nicola in upcoming scenes as David sees the crash as an opportunity to make some money.

He will continue to pile pressure on Nicola to get her insurance details and will fake a neck injury.

As her anxiety becomes worse, Nicola latches onto the idea of exaggerating Carl’s (Charlie Munro Joyce) illness in order to keep him at home with her.

Carl is confused and will plead to go back to school before grabbing her phone and running out of the house.

This sparks another panic attack for Nicola and she refuses to leave the house.

She starts to hear her attackers laughing outside and she thinks the teenage girls have come back for her.

Feeling scared and alone, Nicola ends up hitting someone over the head as they enter her home.

Emmerdale airs weekdays at 7:30pm on ITV, with an hour-long episode airing on Thursdays.

Zac Efron Flexed His Bicep While Checking Out a Tasmanian Devil