Euphoria's season two teaser trailer is officially out in the open, y'all. Released on November 23, the HBO show's teaser gives us a glimpse into the potential romantic drama, intense partying, and never-ending chaos that the second season seemingly brings. Rue Bennett, played by America's 2021 fashion icon, Zendaya, is back in the series's second season, but the bold, graphic makeup looks that were adored by the hit show's many fans — well, not so much.

Instead, we see a no-makeup Zendaya traversing through pretty much every scene of the trailer. However, there are some traces of makeup seen on Maddie Perez — aka Alexa Demie — while receiving what appears to be a birthday cake in a dark-lit room. From the looks of it, she seems to be wearing a bold cat-eye for the occasion.

There's also one scene that probably lasts about a split-second showing five girls, all with dresses on while sitting on a staircase. Cassie, played by Sydney Sweeney, leads the pack while wearing what looks like a neutral eye shadow with some face-framing baby braids. Maddie, who is seated next to Cassie, reappears with her winged eyeliner, and Barbie Ferreira's character, Kat Hernandez, seems to be marking her season two debut with some graphic, dark eyeliner as well. 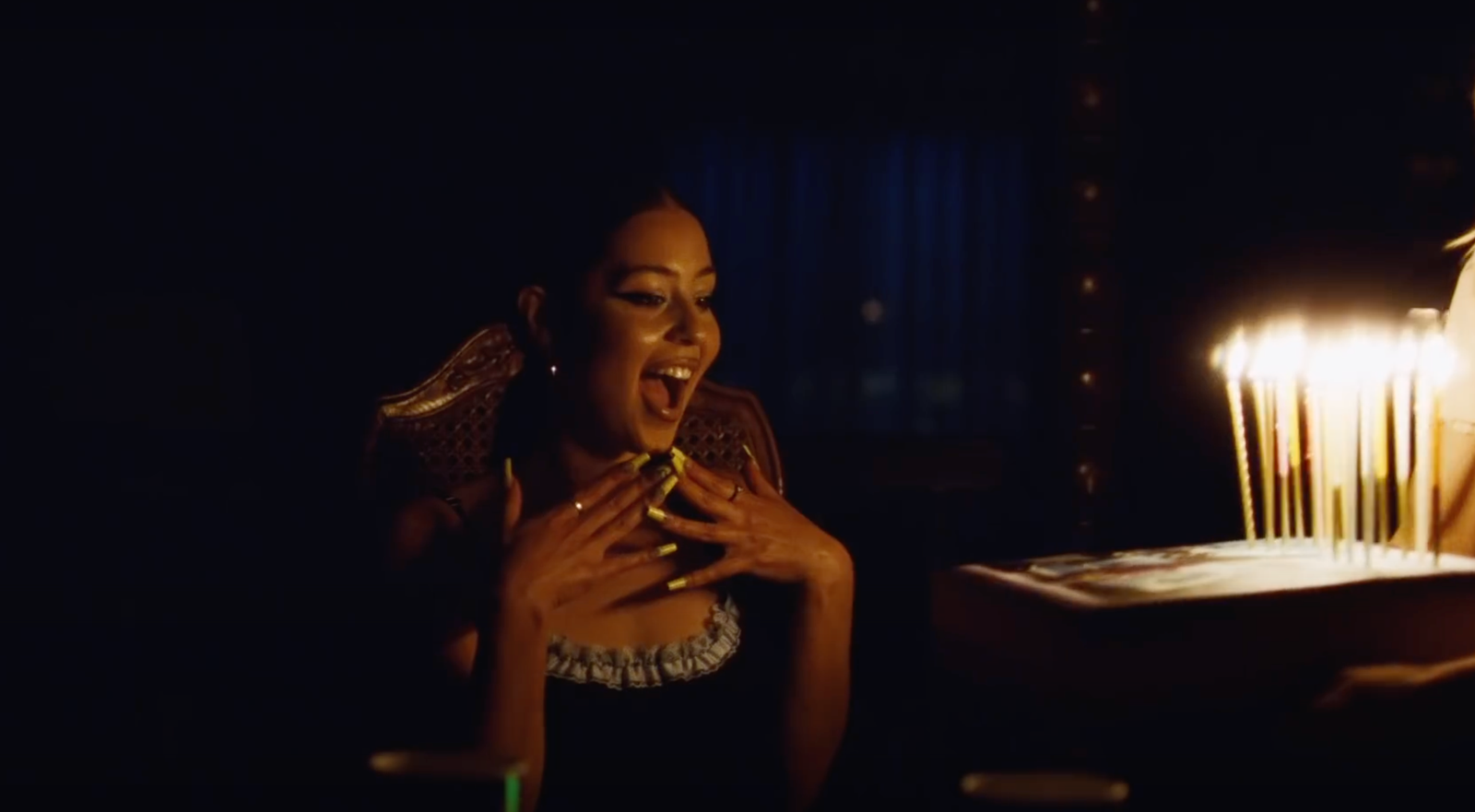 We kind of saw this change from bold and colorful to simple and natural coming, considering that Euphoria's head makeup artist, Doniella Davy, previously told Allure that the looks for season two "are more refined and subtle than [season one's] aesthetic." But not to worry. The bright, loud looks on Jules (played by Hunter Schafer) from season one will be making a comeback, but Davy said they'll be taken down a notch, "and there are fewer and far between."

That said, will the subtle makeup transformation be a hit with fans? To get a feel for Euphoria's newly refined makeup aesthetic, check out the video above. Season two is set to premiere on January 9.