Nathalie Emmanuel, 30, was cast as translator Missandei in season three of Game of Thrones.

The character was introduced when Daenerys Targaryen (played by Emilia Clarke) arrived in Astapor and asked to have her as a gift when she revealed she wanted to buy the Unsullied.

Before getting the important role next to the Mother of Dragons, Nathalie revealed she was having an “awful” time.

The star, who was born in Southend-on-Sea, explained she was working in retail shop Hollister and admitted she “struggled” financially.

“I was working in Hollister as a ‘model’, which basically means you wear the clothes and they can control how you look,” she revealed to Harper’s Bazaar.

She continued: “I was folding clothes, cleaning the toilets, helping people in the changing room… It was awful.

“Financially, I was struggling pretty badly. My plan was to go back to school.”

Nathalie said she was unsure whether Missandei would be written back into Game of Thrones after season three.

Thankfully for Game of Thrones fans and Nathalie, Missandei returned to the HBO series the following year and is still one of Daenerys’ closest aides.

Not revealing too much about the eighth and final season, Nathalie said Missandei will be following her Queen into war. 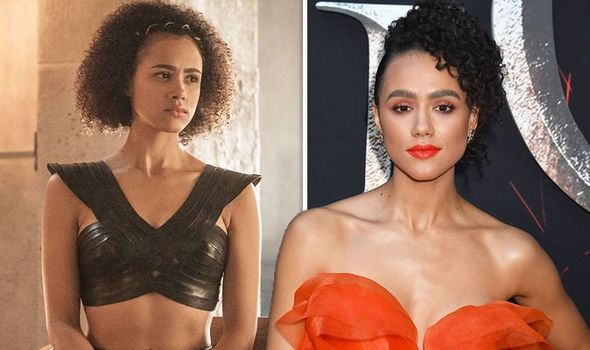 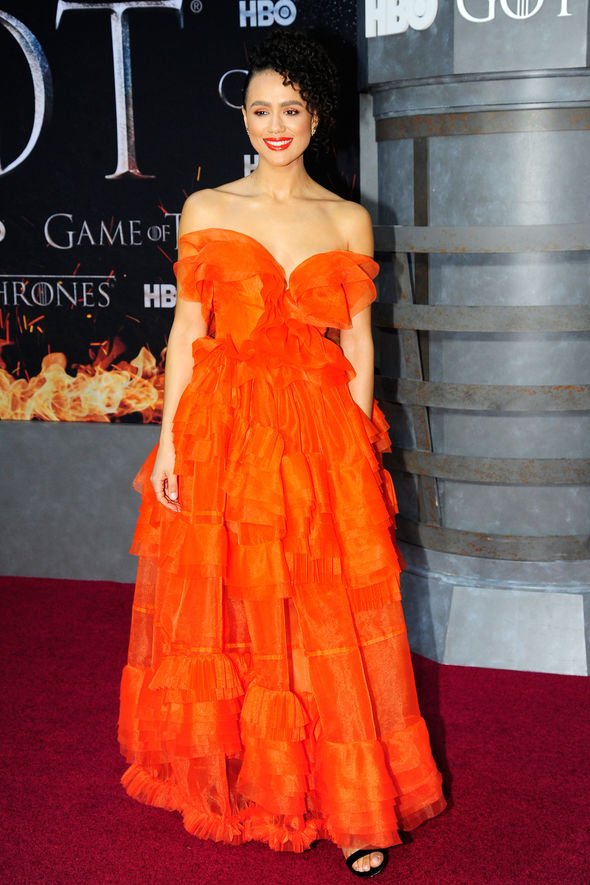 “I think it is very safe to say that the war is here for Daenerys, and Missandei marches right beside her, all the way,” she spilled.

Game of Thrones fans will be no doubt hoping Missanedi and Grey Worm (Jacob Anderson) survive until the end of the season, to develop their love story even further.

The pair finally hooked up in season seven after years of being close with one another.

However, Missandei could be left heartbroken if Grey Worm dies in the Battle of Winterfell, which is rumoured to take place in episode three of season eight.

Teasing his death, actor Jacob told INSIDER: “The whole experience of this season has been super bittersweet. 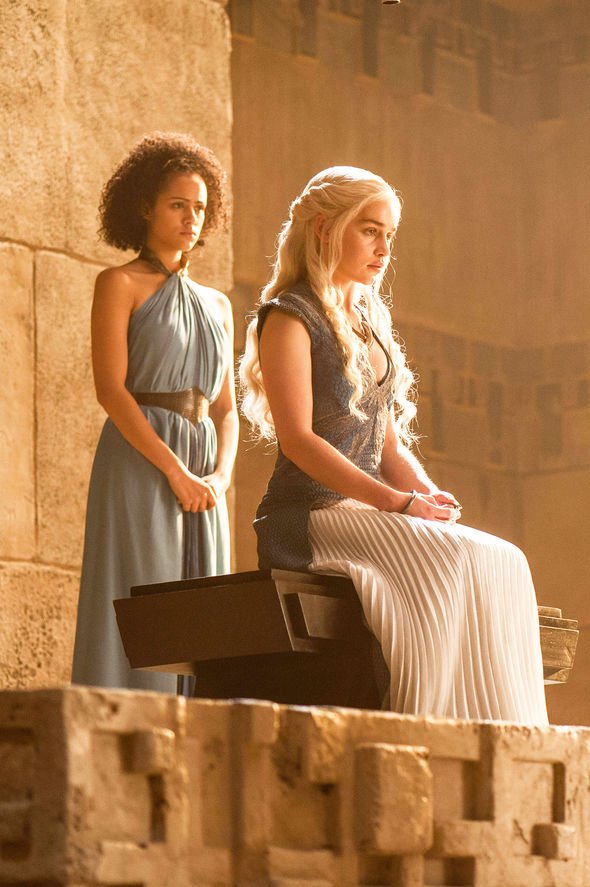 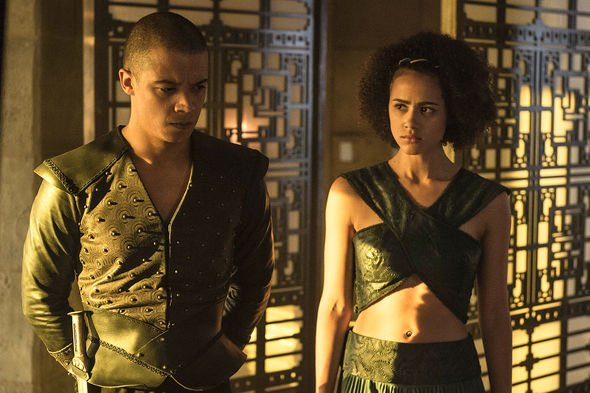 “It’s been amazing, but it’s also been slightly miserable.”

Speaking about brutal scenes, he spilled: “There were moments when you’re freezing cold, you’ve got this weird chemical fake snow in your face, and there’s real snow, and you’re wearing armour and trying to fight in this s**t weather.

“But then occasionally you look around and you’re like, ‘Look how amazing this is’.”

Game of Thrones season eight returns April 14 to HBO and airs on Sky Atlantic at 2am and 9pm a day later.

Nathalie Emmanuel’s full interview can be found online at: www.harpersbazaar.com/nathalieemmanuel

Pink’s Husband ‘Lost It’ During Self-Isolation Amid Coronavirus, Shaves Head at Home

The Weeknd Drops Gory ‘In Your Eyes’ Video