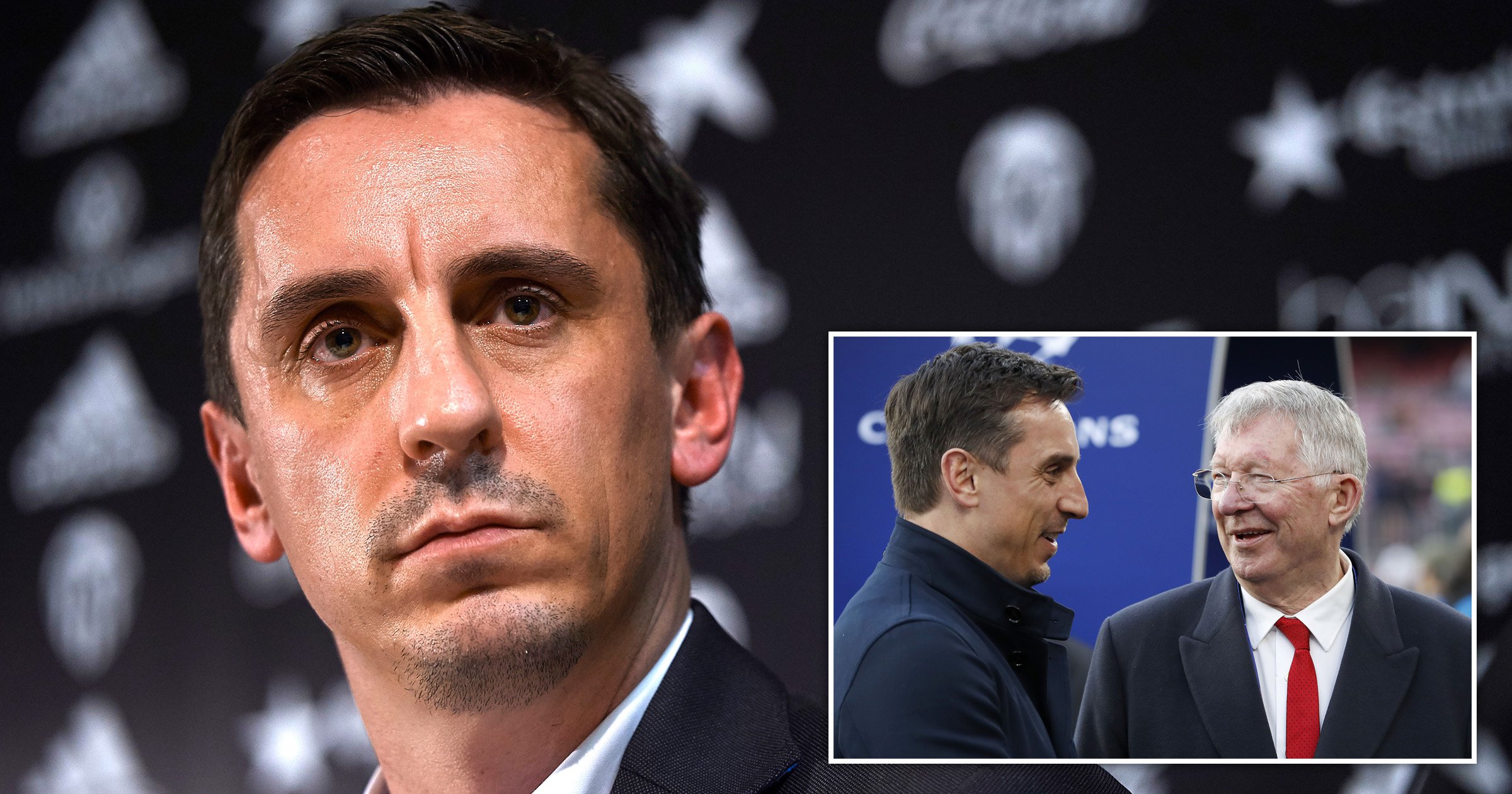 Football pundit Gary Neville has been keeping things honest by sharing a pearl of wisdom courtesy of his old gaffer, Sir Alex Ferguson, on LinkedIn.

Gary, 46, who played under Sir Alex’s stewardship of Manchester United for the best part of 20 years, was inducted into Manchester’s City of Champions Hall of Fame earlier this week but was keen to ‘bring himself down to reality’ and shared the photo he uses to do just that.

The former England captain wrote on the networking platform, where he lists himself as the owner of Relentless Group: ‘I posted out recently that I’d won a couple of awards in Manchester which was a great privilege and honour, I’d had a great week and felt lots of energy.

‘But when I get to a point that feels like a high, I always get this picture out to bring me down to reality.

‘It’s not a negative thing, Sir Alex always used to say ‘You’re getting carried away son’ whenever you were on a high and getting ahead of yourself.’

The former England assistant manager then described the photo of himself he shared, which was taken during his tenure as head coach at Valencia, where he was sacked following the team’s poor performance under his watch after less than four months.

He continued: ‘This is the picture that helps me get back to ground, from my time at Valencia. Sunken eyes, black bags, vacant, lost confidence, doubting myself.

‘I haven’t got Sir Alex in my ear anymore, so I look at this picture and think “right, I’m back to ground, let’s get on with next week and go again!”.

The Sky Sports commentator then added the hashtag ‘#lowscanbebadbutsocanhighs’.

Who knew you could get free motivational chat from a footballing legend on LinkedIn?

As one LinkedIn member quizzed him on if he ever self-critiqued and wondered ‘why it went wrong’, Gary responded:  ‘I’m on record with where I think it went wrong, the mistakes I made, knowing when to say no to something and other insights into my experience.’

The pundit was also straight talking on Wednesday, when he went head to head with Edwina Currie on Good Morning Britain while discussing cuts to Universal Credit.

Describing the £20 per week cut as ‘brutal’, the retired sportsman also blasted former MP Edwina’s call for people to ‘get out there and get the jobs’, calling her language ‘alienating’.

‘They’re not there sitting and thinking “I’m going to take the Chancellor’s money and live off nothing and live off their money for the next 10 or 15 years and do nothing.”’

Britney Spears Dances To Billie Eilish In Return To Instagram