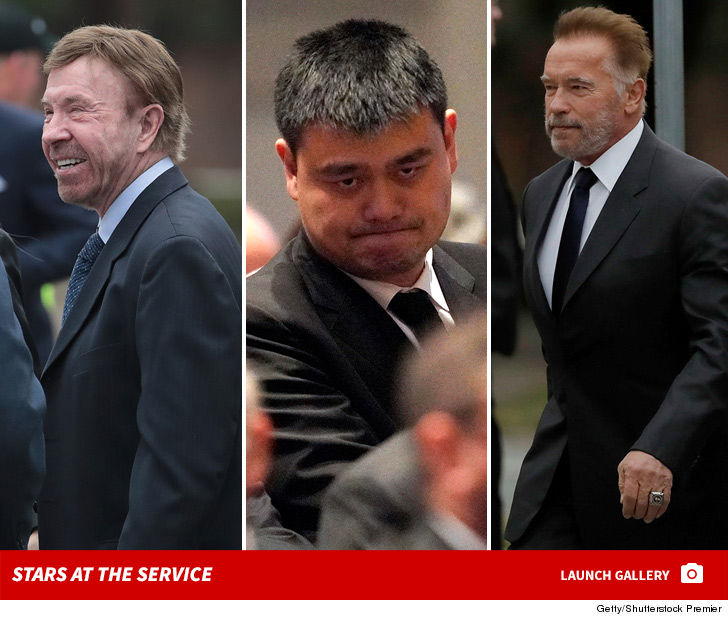 You can clearly tell just how much George H.W. Bush was liked and respected simply by the incredible number of celebs who turned out for the late President’s funeral in the Lone Star State.

Reba McEntire ﻿sang “The Lord’s Prayer” and The Oak Ridge Boys ﻿gave a powerful rendition of “Amazing Grace” during the funeral services Thursday at St. Martin’s Episcopal Church in Houston.

Everything’s bigger in Texas, including Houston sports stars — past and present — who turned out to say goodbye to 41 …  former Rockets centers Yao Ming and Dikembe Mutombo towered over the crowd, while Texans defensive lineman J.J. Watt ﻿brought the muscle with Arnold Schwarzenegger.

Naturally, Chuck Norris was there, and legendary Dodgers manager Tommy Lasorda made the trek from Los Angeles.

Our 41st president, who died last Friday in Houston, will be buried at his Presidential Library at Texas A&M in nearby College Station.

The Truth About Rebel Wilson Being Kidnapped At Gunpoint