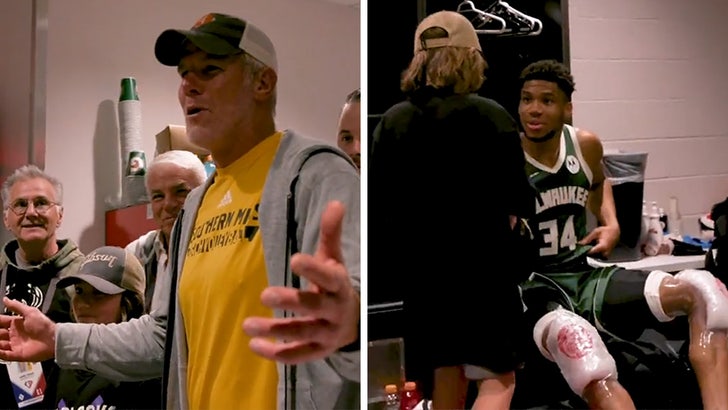 Cool moment between a Hall of Famer and a future one at the Milwaukee Bucks game Wednesday — Brett Favre got to meet Giannis Antetokounmpo, and then The Greek Freak gave his jersey to the ex-QB’s grandson!!

Favre was taking in his first-ever, in-person NBA action at the Golden 1 Center in Sacramento — when after the game ended, he headed to the locker room to thank the Bucks for the experience.

“First time I ever saw a pro game in person, believe it or not,” Favre told the Milwaukee players, adding, “I enjoyed it.” 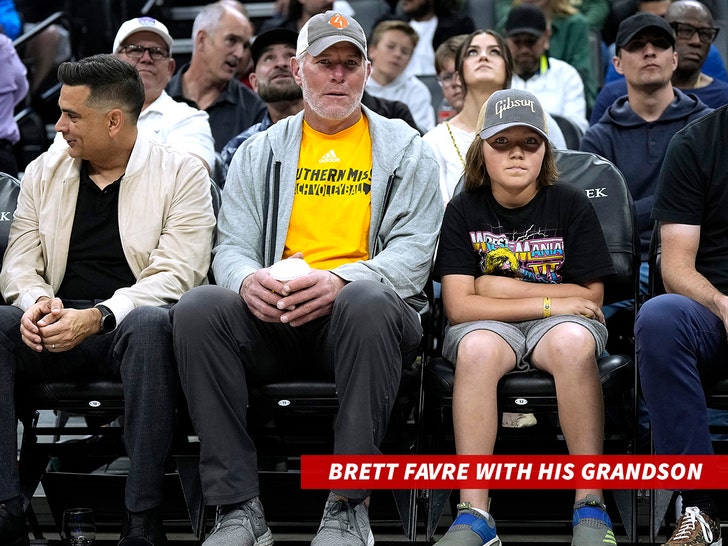 The night, though, became even more special for Favre … after his grandson went around and shook hands with some of the players.

At one point, the young Favre stopped at Antetokounmpo, who offered him his game-worn gear.

“Want this jersey?” Antetokounmpo said while taking the #34 off. “It’s kinda sweaty. It’s yours!”

Giannis also signed it … and you can see the kid was all smiles — and in total shock.

“I’m gonna hang this on the wall!” Favre’s grandson said to Antetokounmpo.

So, great night for everyone for sure.

Selena Gomez Tells Fans to Be Kind to Each Other: ‘I Do Not Stand for Women Tearing Women Down’