Home » Celebrities » Gigi Hadid: Paris designers didn’t want to hire me when I had ‘my volleyball body’ 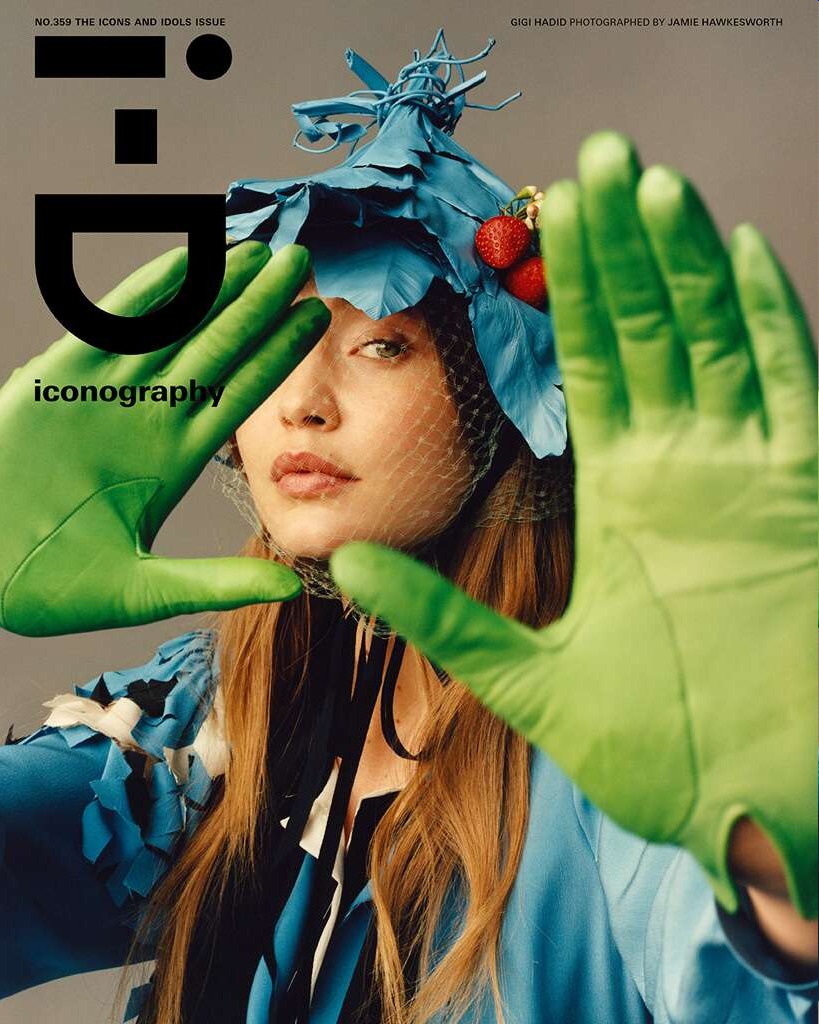 Gigi Hadid covers the latest issue of I-D Magazine to promote… herself, her modeling career, and a little bit of her work with UNICEF. I haven’t read an interview with Gigi in a while, so I came into this one kind of fresh and wondering what she’s been up to. Not a lot? She chats about fashion, her first Paris runway show, and mostly she talks about how much she loves to get away and go to her little cottage/farm outside the city. Some highlights:

Walking in Jean Paul Gaultier’s last couture show: “I was so honoured to be asked to walk in it, because he didn’t just work with the people who he’d worked with for his whole career, but he also streetcast so much of his last couture show. And I think that says so much about who he is as a designer and as a person. He cares so much about the person that’s wearing the look and bringing out something in them.

Gaultier was the first designer in Paris to cast her for a runway: “He was the first designer that let me walk on a runway in Paris, it was in his last ready-to-wear show. At the time I was still starting out in my career, I was coming out of high school, I still had my volleyball body. It was a body that I loved. I knew how hard I worked to have those muscles, to be curved in those places – I kind of miss it now. At the time, people were hard on me and tried to say that I didn’t have a runway body. So for Jean Paul to have me at his last ready-to-wear show in 2015 – not only to have me, but also to put me in an outfit that didn’t cover a lot… like, there were still stylists or designers at that time who were putting me in their shows, but putting me something that really covered my body. And so for him to make me feel like he wanted me to shine in that way, it really meant a lot to me as a young model. And I know that he has done that for a lot of people.

Whether she sees herself getting into acting in the future: “I think that as I get older… well one day I’ll start a family and I don’t know if I will always be modelling. I love the creative side of fashion, it’s so fulfilling. The people I work with make me so happy, I’m so lucky to be around them. But who knows? Maybe I’ll take up full time cooking!

She relaxes on her farm in New York state: “I think my personal space for that is the farm. I think that everyone needs a place, or a space or a moment to themselves where they are able to do what they love and find their thing. For me that’s the farm, and whether that’s doing a little oil painting in the morning and then doing a puzzle in the afternoon… I don’t know, it’s random things. This summer I got really into making art out of resin and I started drying flowers and making dry flower resin boxes and stuff like that. I think it’s so important to just learn new things all the time and even just to try it out and if it fails, that’s fine, and that’s part of it. All those little things really help when I go back into a creative job or a creative environment.

Being away from New York City: “For sure [it helps being away], and I think that the weird and wonderfulness of it comes from also being in isolation. A lot of the time, I’ll have friends and family at the farm, but there are a lot of days where I’m there just by myself, and I sit in my little cottage in silence and just doing these little things for myself. I think that also gives me the energy and the love for what I do. It recharges my batteries.

I’m one of those people who needs to be alone to, as Gigi says, “recharge my batteries.” I can feel strung out if I spend a lot of time with people or a lot of time out in public. I need to go back to my cave and just be quiet and reflective and not have so much noise around me. I’ve always felt like I was weird for feeling like that, but as I get older, I realize that there are lots of people who need the same thing. It’s smart for her to buy herself a little cottage outside the city where she can just be alone and work on her art projects and hear herself think. I was going to make a joke about her oil painting, but honestly… it sounds relaxing and who knows? Maybe her art is good. It’s probably like art-therapy for her.

As for the stuff about her not having a “Runway Body”… truly, it’s not her fault for regurgitating that nonsense. That’s clearly how people in the fashion industry think, and they cannot abide a young woman having any kind of curves or athletic-musculature. 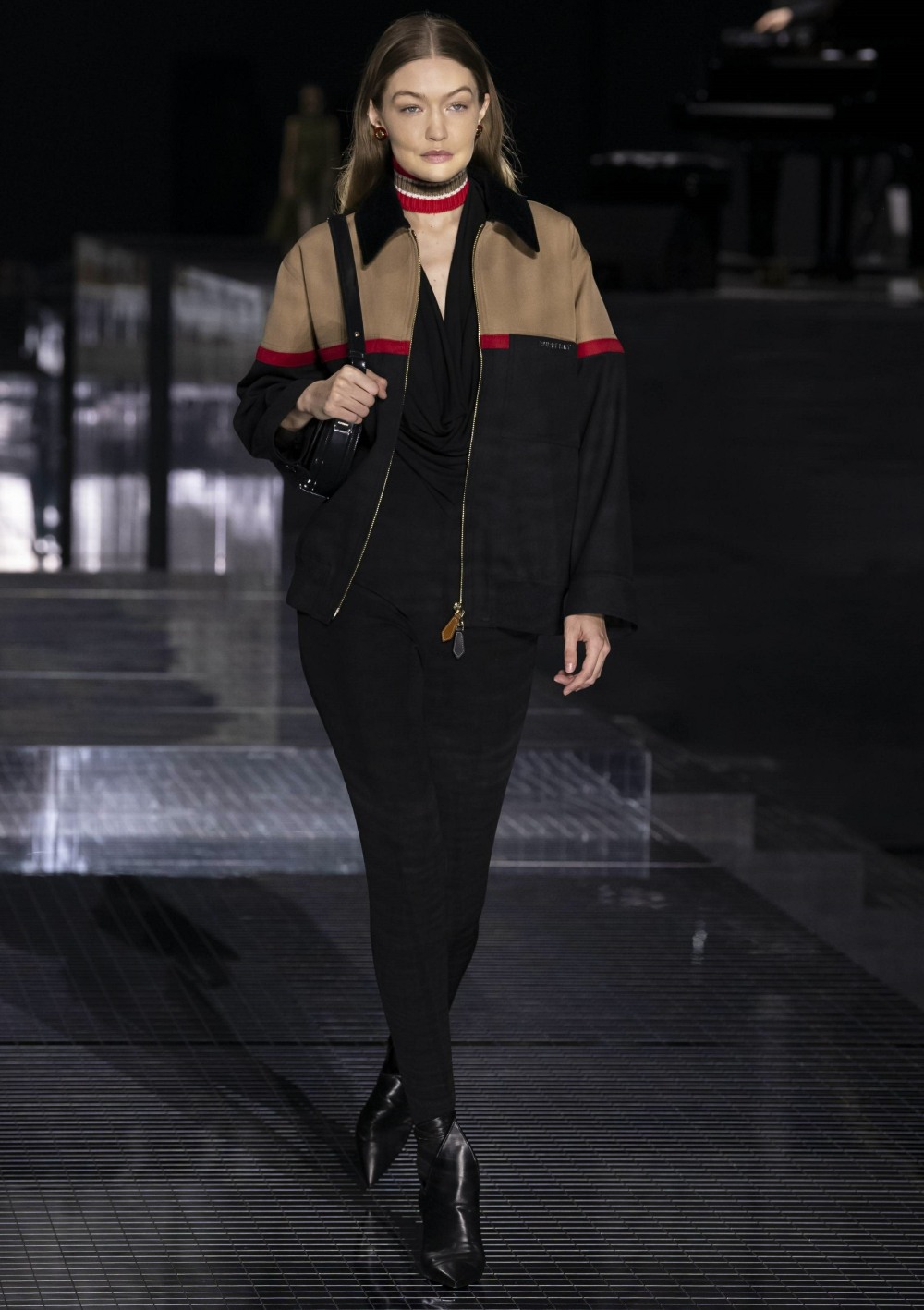 Katie Holmes Steps Out on Thanksgiving in N.Y.C., Plus Paul Mescal, Tom Cruise and More