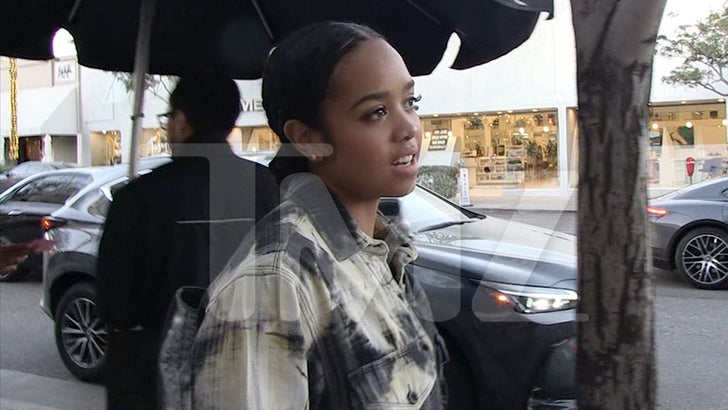 The Grammys are doing what they do … pissing off several notable artists about nomination snubs, but H.E.R. is telling them to focus on the big picture — like their actual art!!!

We got the R&B superstar in Bev Hills this week — just as the nomination backlash was simmering for artists like Summer Walker … whose “Still Over It” album didn’t got get a nom, despite breaking several sales records. 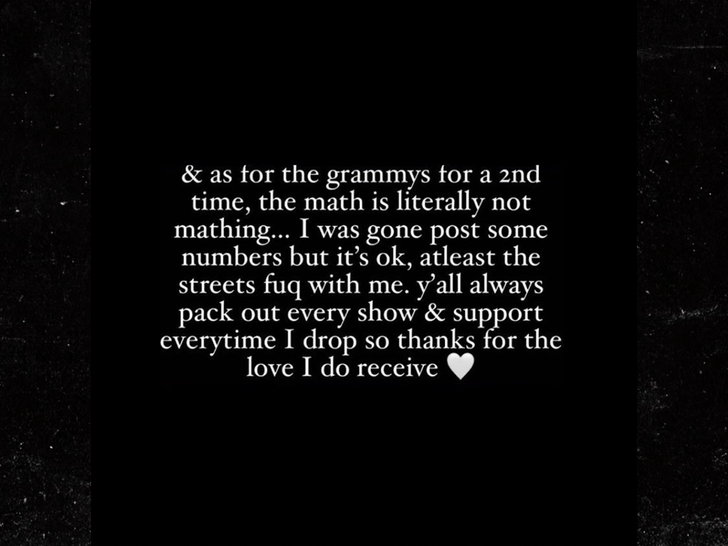 Summer reacted with disappointment — as did Kid Cudi and Denzel Curry on the rap side — and H.E.R. feels their pain, especially when it comes to the women.

She acknowledges while it’s always dope to get recognition from the Grammys, making music should be more about fun and love at the end of the day … so folks shouldn’t take the snubs to heart so much.

H.E.R. has plenty of experience with the Grammys — she performed at the 2020 ceremony —  but knows you simply can’t win them all.

She’s been nominated 21 times, and has won 5 — so, H.E.R.’s advice to fellow performers is to go with the flow.

For instance, Drake didn’t submit anything … and got 4 nominations!!!

Tom Jones admits he ‘booed’ Winston Churchill as a child: ‘My father never forgave him’