Harry Styles is the fashion king!

The 27-year-old singer attended the 2021 BRIT Awards at The O2 Arena in London, England, on Tuesday. He took the stage in a retro patterned Gucci suit, which he accessorized with a stylish brown leather bag with bamboo handle and low-top sneakers with oval enamel detail. The Gucci suit included a wool and silk jacket and pants with macro framed sequence print. The “Treat People With Kindness” crooner also donned white nail polish and an array of rings.

“I continue to be baffled by moments like this and they make me more and more incredibly grateful to be able to do this job everyday,” Styles told the crowd upon accepting the honor, before thanking his fans and “everyone in my life who has my back.” 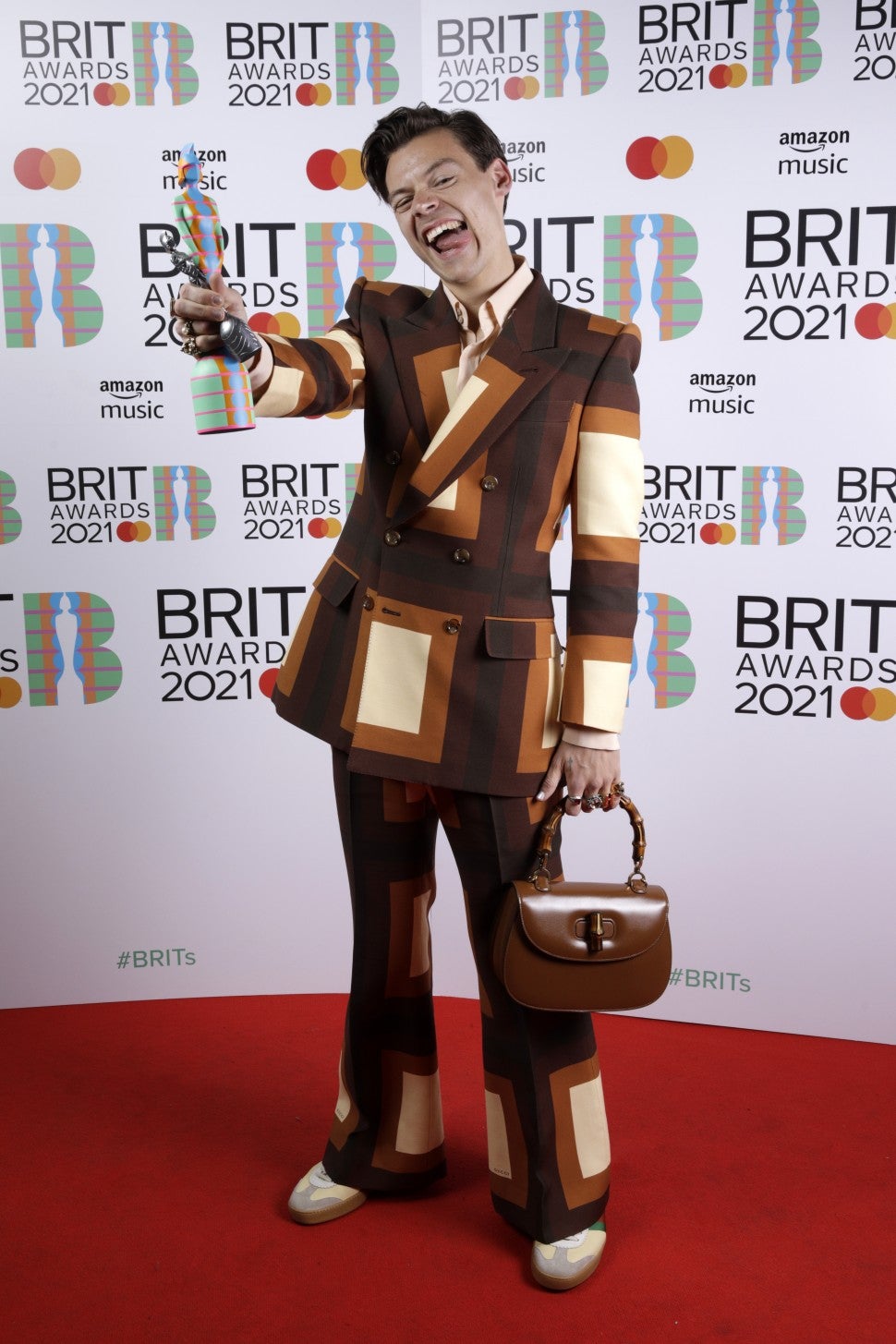 It’s been a busy year for Styles, who also performed the hit song at the 2021 GRAMMY Awards in March. He also took home his first GRAMMY for the single. Additionally, he wrapped filming on Don’t Worry Darling, which is directed by rumored girlfriend Olivia Wilde.

Last week, he and The Crown star Emma Corrin were seen on the set of their upcoming movie, My Policeman, near Brighton, England. 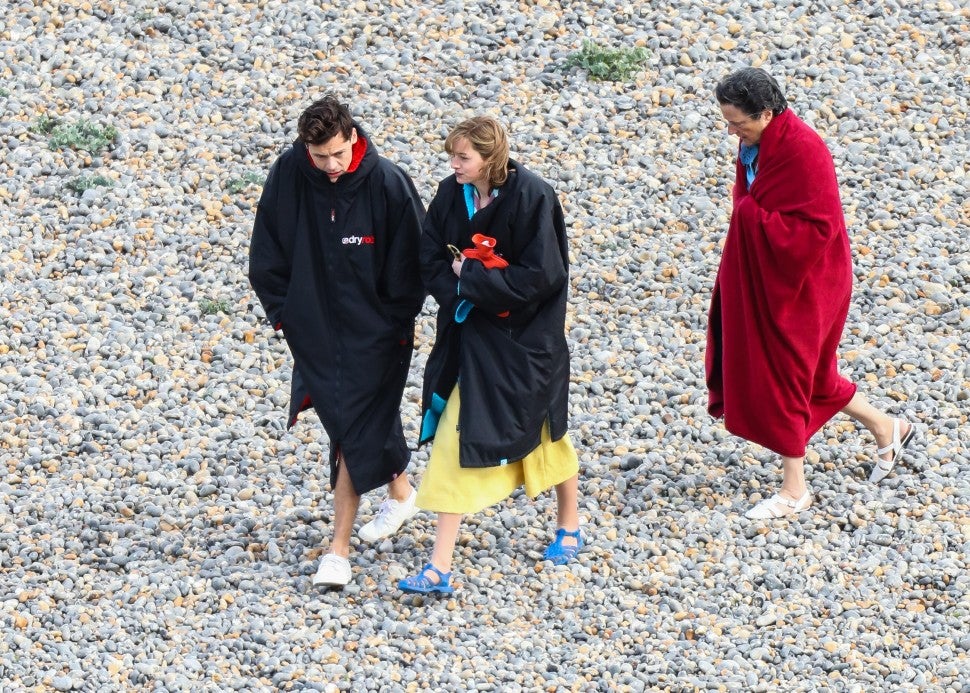 A source told ET last month that Styles and Wilde’s romance has continued to blossom in the U.K.

“Filming during a pandemic in L.A. was pretty all-consuming,” a source told ET. “Now they’re able to unwind, relax, and really enjoy some one-on-one time.”

According to the source, the pair have kept a low profile and tend to avoid public places. “Their idea of a good time is going for a long walk and ducking into a neighborhood pub,” the source shared.

For more on Styles, see below.