For many years, Mike Tyson was known as the most feared man in boxing. Fighting in the heavyweight class, he was a vicious competitor that would knock out many of his opponents within the first two rounds of matches.

Even though Tyson was infamous for his flamboyant style and powerful knockout punches, he was also notorious for being extremely violent and short-tempered. Tyson ended up being convicted of rape in 1992 and served three years of a six-year prison sentence, returning to boxing in 1995.

While locked up, Tyson lived a wild lifestyle that was almost comparable to his life outside of prison. He was one of the most popular inmates in the prison and used his influence to keep other prisoners from engaging in acts of violence against each other. 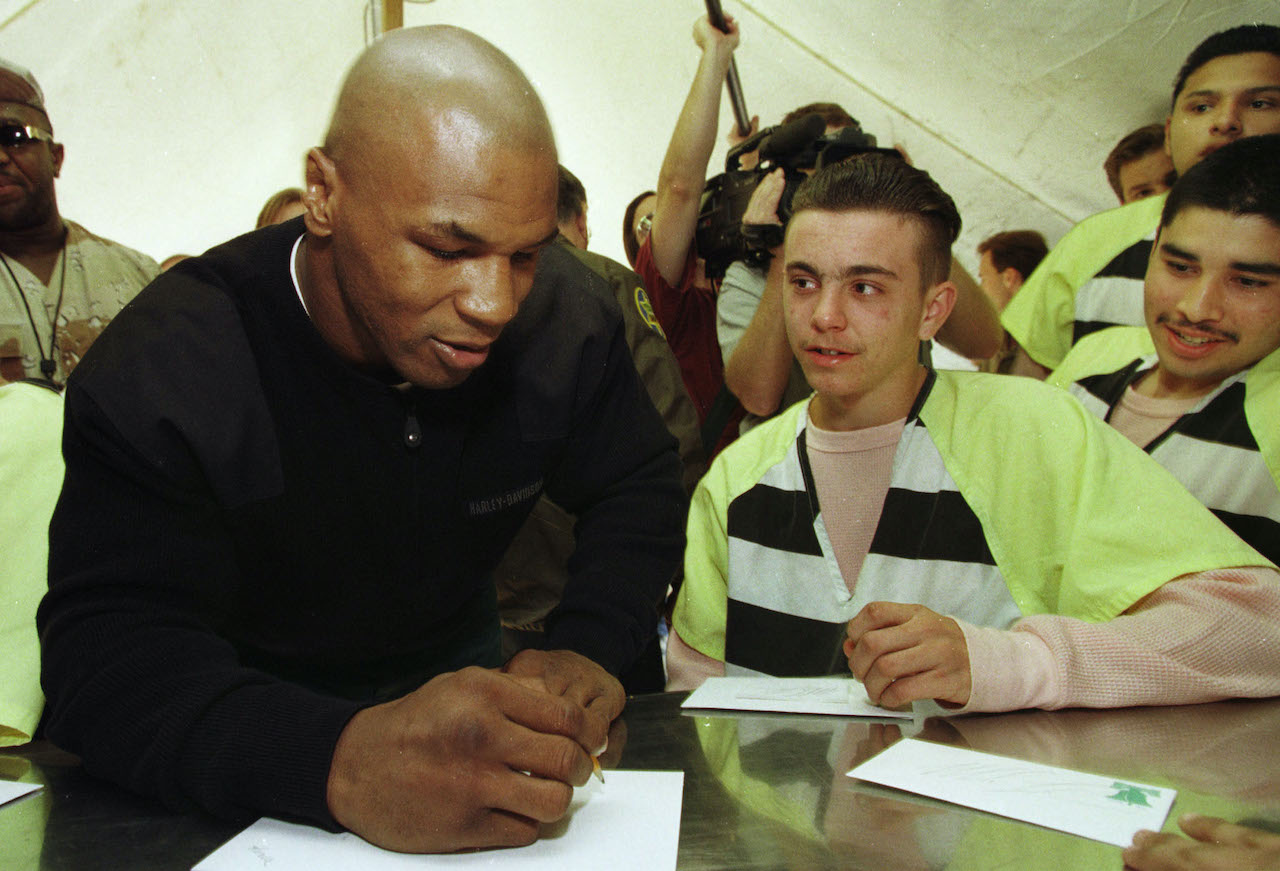 Tyson discussed his peace-making ways behind bars during a 2020 interview with Tony Robbins.

Tyson revealed that he stopped the violence by convincing the inmates to look out for one another since nobody else cared about them.

“I just convinced everybody that we’re all brothers, we’re here together, we’re doing this time and no one cares,” Tyson said. “People were dying in there. They don’t care we’re dying, nobody’s coming here to give you a ribbon that says, ‘Sorry for your loss.’”

He used the time to heal himself emotionally while in prison

While in prison, Tyson was able to reflect on his life and get a better understanding of why he felt so much pain and anger all the time.

“That was just time for me to heal,” Tyson said. “I was bitter and I took it out on other people, I took it out on myself, and I didn’t know how to deal with any adversity at that particular time in my life.

Later in the interview, Tyson admitted that he understood many of the men in the racist Aryan Brotherhood prison gang because he knew that their hate was fueled by pain. Tyson claimed that he never what love felt like, which he thinks is the core problem.

“I’m one of those guys,” Tyson said. “I never experienced love, my love was hurting people. The more people I hurt, the more people love I received.”

Mike Tyson had a lot of fun in prison too

Even though Tyson was a respected leader while he was in prison, he didn’t shy away from having fun too. He revealed on an episode of his Hotboxin’ podcast that he partied nonstop while he was locked away.

“I only did three f—ing years of my life, and I had a ball in prison,” Tyson said on his Hotboxin‘ podcast. “I had a girlfriend, I got a girl pregnant in prison. I was living a life in prison.”

Even though he enjoyed his time away, Tyson struggled to reintegrate with society after his release from prison. In the same Hotboxin’ episode, he admitted that he didn’t want to leave prison because he had become so comfortable, and had a huge chip on his shoulder after coming home.

“I really didn’t know what I was doing when I came out of prison … I had so much f—king venom in me, I wanted revenge. I felt like somebody did something to me, you know … I thought that shouldn’t have happened to me,” Tyson said.