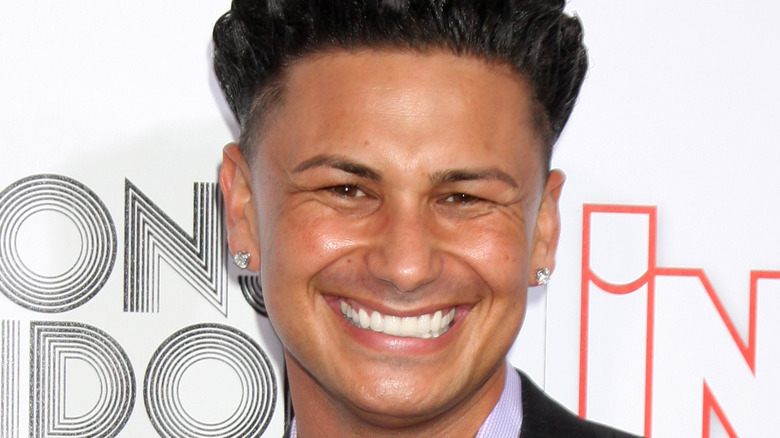 DJ Pauly D – who’s full name is Paul D. DelVecchio Jr. – gained fame as a cast member on MTV’s reality show “Jersey Shore.” Since then, the reality star has appeared on “The Pauly D Project,” “Double Shot at Love,” and “Jersey Shore: Family Vacation,” (per IMDb). During his early years on reality TV, DelVecchio was known as a ladies’ man with no intention of settling down. Fans watched DelVecchio – along with castmates Mike “The Situation” Sorrentino, Vinny Guadagnino, and Ronnie Ortiz-Magro – hook up with a bevy of girls during the show’s original six-season run, however it didn’t last for the young stallion.

In 2013, a woman named Amanda Markert reportedly gave birth to DelVecchio’s daughter, Amabella Sophia Markert (per TMZ). Then, while on “Famously Single” in 2016, he met singer and reality star Aubrey O’Day. The two dated on and off, and even appeared on “Marriage Boot Camp: Reality Stars” to try to make their relationship work. They ultimately parted ways in 2018, with Pauly telling Page Six that he had “dodged a bullet,” while O’Day called the affair “torturous.”

Though DelVecchio’s relationship with O’Day didn’t work out, he seems to have found lasting love with Nikki Hall, whom he met during the first season of “Double Shot at Love.” On the show, women competed for a chance to date DelVecchio and his BFF Guadagnino (per Hollywood Life). Although he had a connection with Hall, DelVecchio broke things off at the finale – only to reconnect with her during the show’s second season. 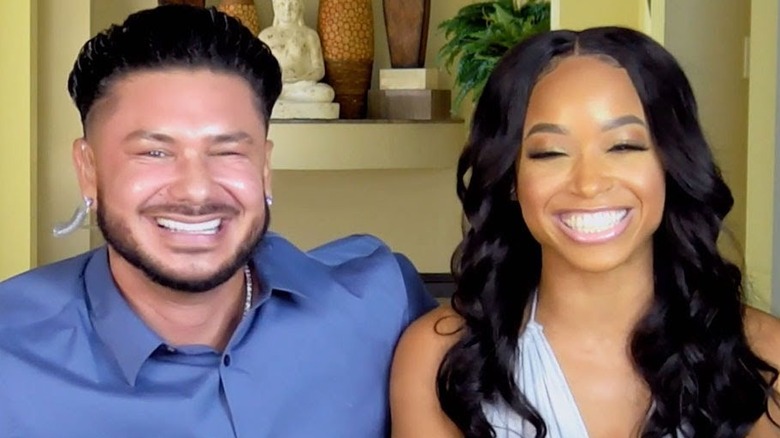 Pauly D appears to have finally found true love with Nikki Hall. The couple have been dating steadily since 2020; Niki has even appeared on an episode of “Jersey Shore: Family Vacation.”

As fans may recall, Nikki, who is a brand ambassador for companies including Pretty Little Things and Dose of Roses (per TV Over Mind), will appear on the upcoming third season of “Double Shot at Love.” This time, however, she and Pauly will be helping his best friend Vinny Guadagnino find love on the dating competition show.

While Nikki isn’t wearing an engagement ring, Pauly has referred to her as his fiancée and even calls her “wifey,” according to Distractify. And to further prove how serious he is about his girlfriend, Pauly revealed that Nikki has even met his daughter, Amabella Sophia Markert in January 2021 (per Screen Rant).

During a January episode of “Jersey Shore: Family Vacation,” Pauly called Nikki “the full package,” according to People, to which he later added, “As a couple, it’s probably been the most fun I’ve had in years.”