Putting haters in their place. Issa Rae said her piece after a Twitter user criticized her appearance.

Every Time Issa Rae, Yvonne Orji Were Like Their ‘Insecure’ BFFs

The Insecure star, 36, trended on the social media platform amid the exchange. “Issa Rae is not an attractive woman to me and that is okay. Every black person aint [sic] attractive,” the person wrote on Friday, May 21. “Also, she will never know who I am and even if she did it doesn’t matter because I don’t want to f–k her or be hired by her.”

After a fan tagged her in a response to the tweet, Rae posted the troll’s profile picture, pointing out their similarities. “Okay, but we look the same?” she commented. “The f–k?” 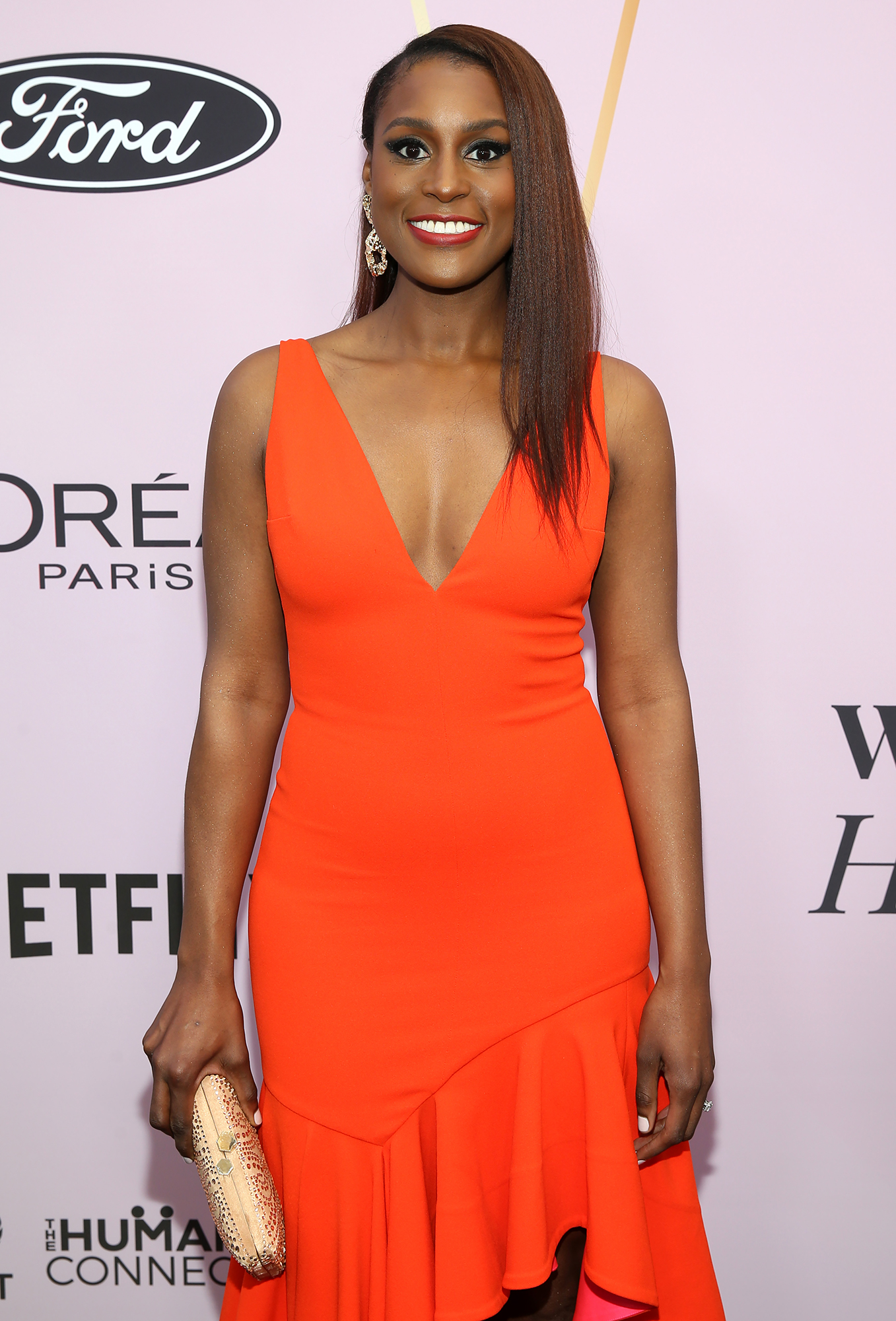 The actress then quipped, “Not my cousins publicly disrespecting me.”

Celebs Fight Back on Social Media

Twitter rallied around Rae amid the incident. “Issa Rae is fine…. y’all get on this app and just say ANYTHING,” one person wrote.

Another tweeted: “Me, praying tonight to wake up tomorrow and be as ‘unattractive’ as Issa Rae.”

Some suggested that people should focus more on the Emmy nominee’s other attributes. “Issa Rae really is fine as hell though, but that doesn’t even matter because her mind is literal [sic] brilliant,” a fan noted. “We have to stop commenting on appearance so much and appreciate what people contribute to society.”

Another claimed Rae was being discriminated against because of her skin tone: “Issa Rae’s attractiveness always being up for discussion is colorism at its finest.”

Vanity Fair released stunning photos from the Lovebirds star’s June 2021 cover shoot earlier this week. In the accompanying story, she reflected on her transformation since her HBO comedy Insecure’s launch in 2016.

“I’m finding myself putting season 1 pressure back on the show again,” she revealed, adding that she has been rewatching the entire show in anticipation of the final episodes. “All these memories come up, so I can’t watch it purely objectively. And then, of course, you look at performance stuff, you look at hair stuff, you look at appearance stuff. You’re just like, ‘OK, wow, I went on TV like that?’”

Rae then detailed her plans to move forward with her career in a different way. “Girl, no! I’m never doing this again,” she said. “Before you asked that question, I told myself I would never write and be in a show that I created again. It takes up a lot of your life, and I like to do a lot of things. I love doing this show. I’m so grateful to be able to do this show. But that’s just not really for me.”

Amie Harwick pictured in final public appearance before her death