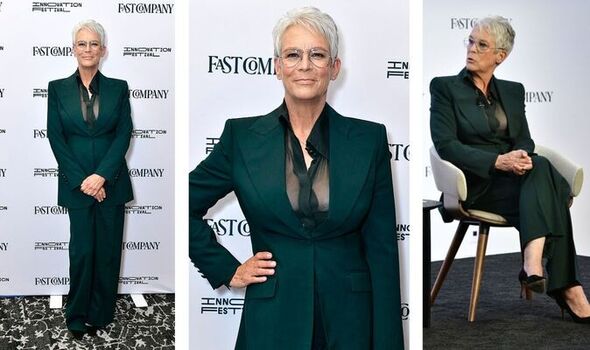 Jamie Lee Curtis dared to bare her curves, but kept it classy as she attended a New York festival yesterday.

The Halloween Kills star, who has been in the business for decades, was in the Big Apple to discuss the Halloween franchise at the Fast Company Innovation Festival in the city.

Her suit jacket buttoned up at the waist before hanging open higher up to reveal a sheer panelled top.

However, her curves were suitably disguised, giving her red carpet look a touch of sophistication.

The smiling star even walked past a fan in a Michael Myers costume at the entrance to the event, in a nod to the Halloween franchise she was representing. 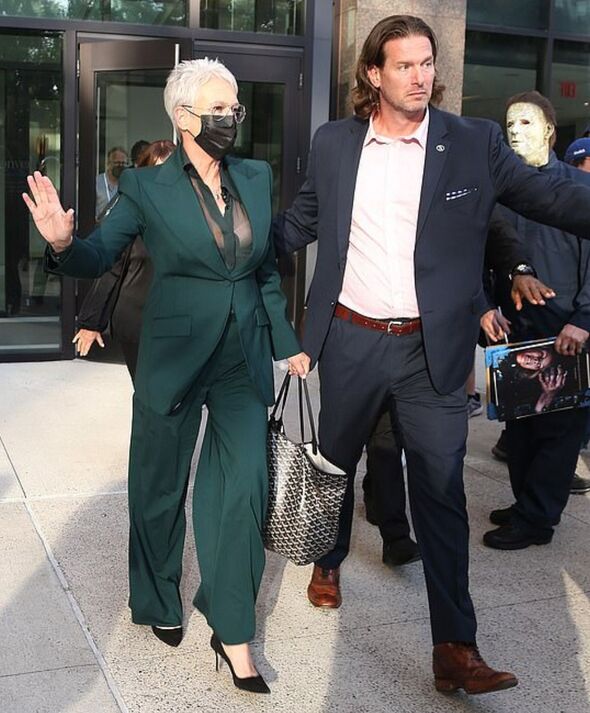 Jamie Lee Curtis was playing it safe with a black mask strapped over her nose and mouth, in spite of Biden’s recent announcement that in the USA, the pandemic is considered to be over. 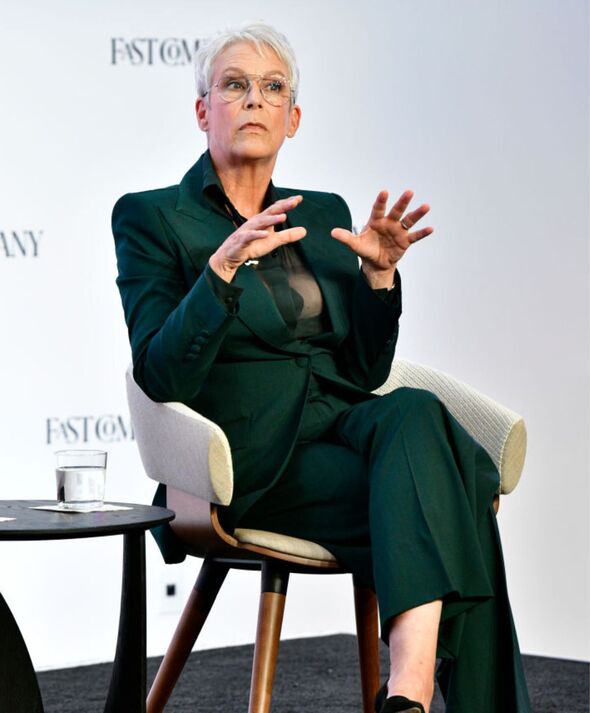 Jamie Lee Curtis modelled her spectacularly attention-grabbing sheer top beneath a business-like suit as she got deep into conversation at the event. 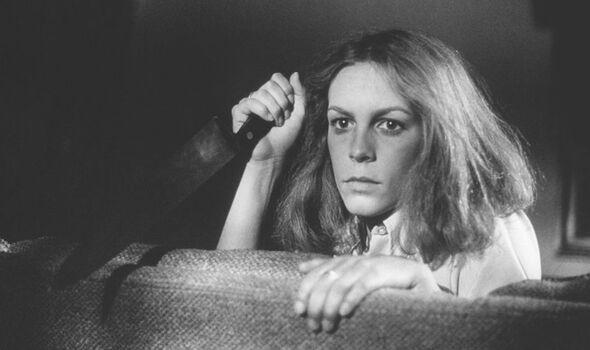 Jamie Lee Curtis is known for her Halloween movies

Jamie Lee Curtis first shot to international fame via her 1978 horror classic Halloween, during which she played the role of Laurie Strode. 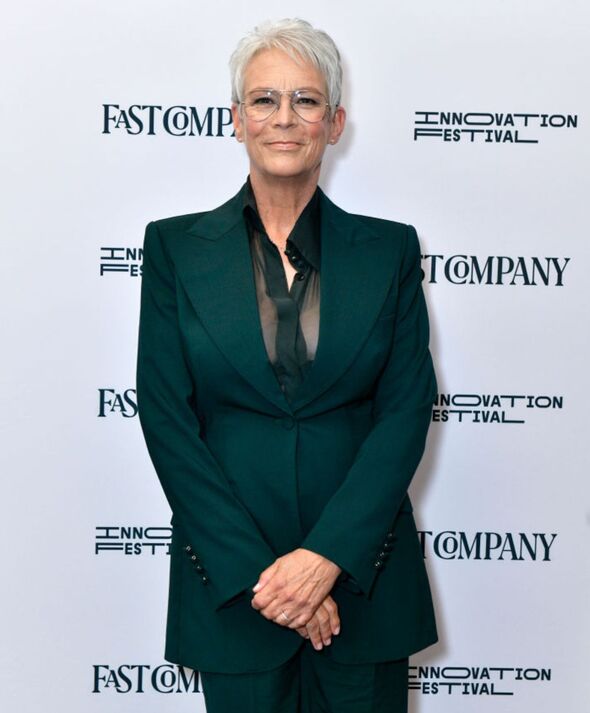 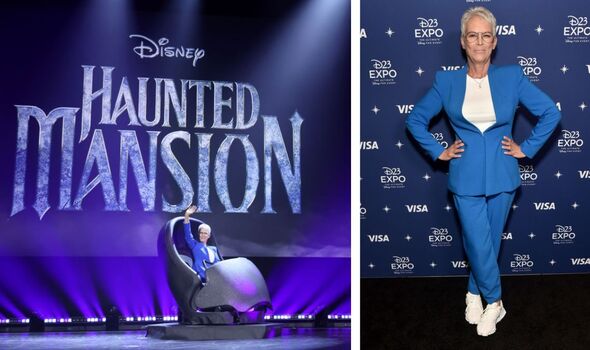 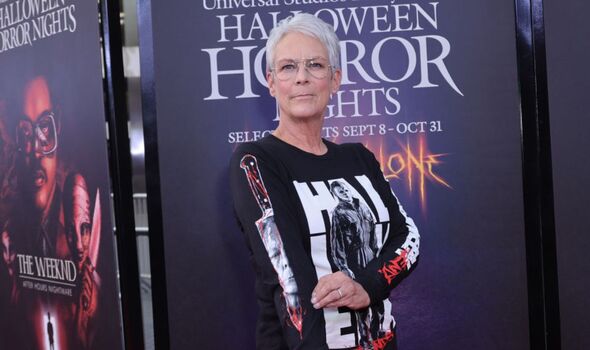