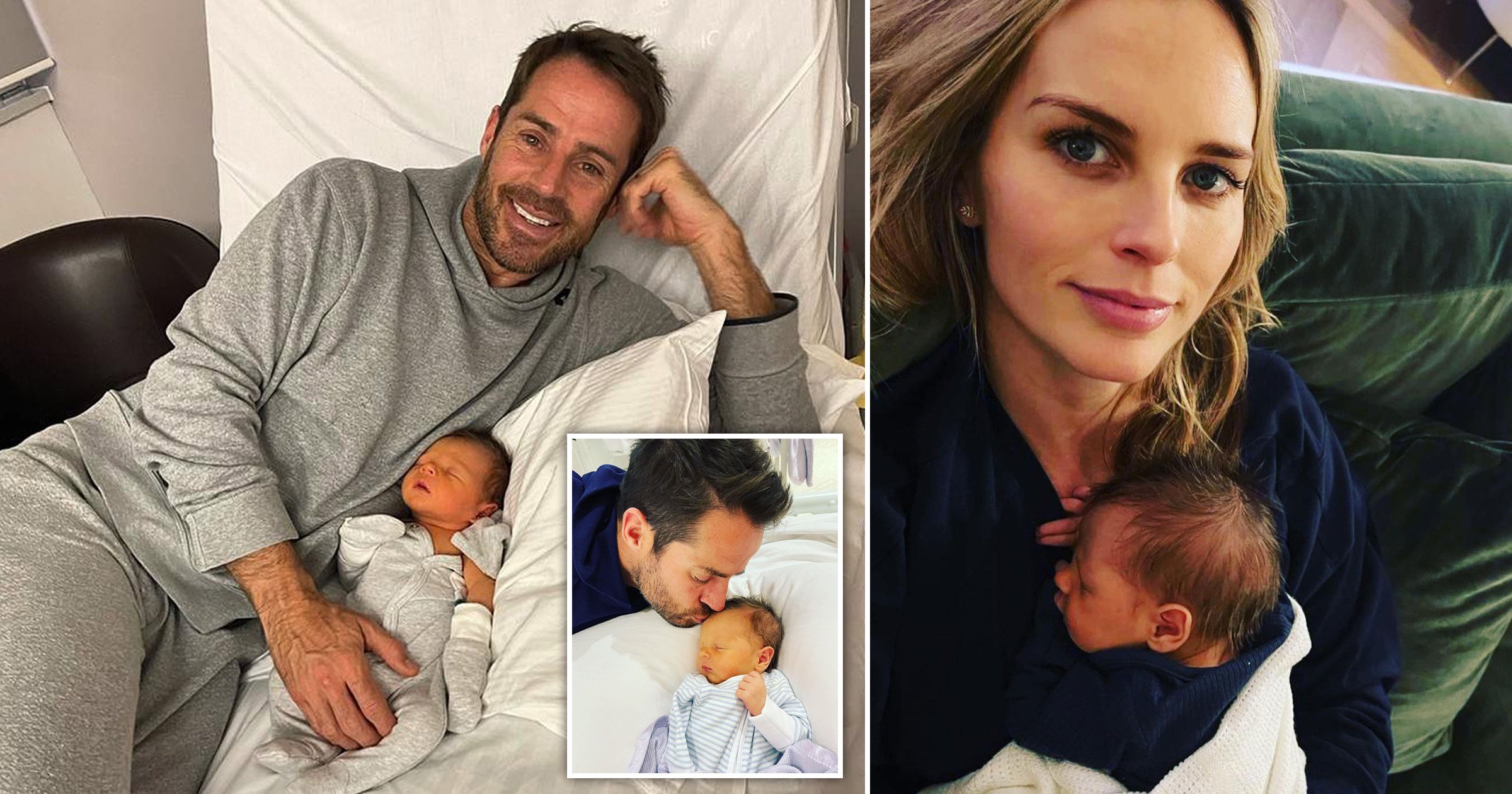 Jamie Redknapp has mastered the art of multitasking as he spent quality cuddling time with his newborn son while catching up on hit TV series Succession.

The Sky Sports pundit announced he had welcomed his first child with wife Frida Andersson on November 24, while also confirming they have named him Raphael.

In a photo shared to his Instagram stories on Saturday night, Jamie, 48, is seen cradling his week-old baby on his chest as they lounged on the sofa beside the fireplace.

However, while the former footballer’s gaze remained fixed on the TV watching HBO drama Succession, which stars Brian Cox and Jeremy Strong, little Raphael decided to enjoy a quick snooze instead.

Jamie captioned the sweet photo: ‘Watching Succession with the lil man,’ before joking: ‘He thinks sleeping is better.’

The sports star shared the lovely news that Frida had given birth to their first child together last Wednesday, with a photo of him smiling widely next to the newborn.

‘Meet Raphael Anders Redknapp, we’re so in love, mum is doing so well too,’ Jamie captioned the photo.

‘We can’t thank the amazing doctors and nurses at the Chelsea and Westminster enough 🙏🏻. So excited for him to meet my boys.’

Frida, 38, shared a series of images to her own account, with a doting Jamie planting a kiss on Raphael’s head.

The couple were first linked in August 2020 and they married in an intimate ceremony in October 2021 in front of around 30 family and friends.

Raphael is Jamie’s third son as he already shares two children, sons Charley, 17, and Beau, 13, with ex-wife Louise Rednapp, who he was married to for 19 years until their split in 2017.

Frida, a model, is also a mother to four other children – three boys and one girl – with ex-husband Jonathan Lourie, a 58-year-old American hedge fund manager.

On Friday, Jamie was spotted outside his home for the first time since Raphael’s arrival, to grab a coffee no doubt to help with all those sleepless nights.

Lori Loughlin and Felicity Huffman to appear in federal court