Jennifer Lopez and Maluma are two of the biggest names in Latin music. And as their recent music videos and Billboard cover story make clear, they are eager to put a spotlight on the success of Latin artists in 2020.

In a joint sit-down interview aired as part of Billboard Latin Music Week, the global superstars and Marry Me co-stars gushed over their collaborations and stressed how each has broken ground for other Latin artists in their wake.

“I can do anything,” she added. “Let me play the president of the United States! You should let me play, you know, whatever. I should be able to do that and that’s always been my goal with my career, is to show diversity in the different things and characters that I could play.”

But her goal has also always been to let her Latinx roots shine.

“Everybody knows that I’m a Puerto Rican girl from the Bronx,” she told Billboard. “It’s not something I’ve ever tried to hide or ever thought I should hide so I can get ahead. I always felt that that individuality is what made me different from every other actress that was out there.”

And while some people may wish she didn’t constantly bring up she is a Puerto Rican girl from the Bronx, she’s not gonna stop anytime soon. “Yeah, because I’m proud of that. And there’s no reason for me to ever hide that part of myself to be successful. To the contrary, I feel it’s the secret to my success,” Lopez said.

Forever proud of where I came from….I will never try to hide that. It’s in my blood, it gives me my fire. ❤️? ¡Únete a mí y @maluma para una experiencia virtual!  Link in my bio ??? #BillboardLatinWeek @billboard @billboardlatin #MarryMeMovie @marrymemovie #NuyoricanProductions

Forever proud of where I came from….I will never try to hide that. It’s in my blood, it gives me my fire. ❤️? ¡Únete a mí y @maluma para una experiencia virtual!  Link in my bio ??? #BillboardLatinWeek @billboard @billboardlatin #MarryMeMovie @marrymemovie #NuyoricanProductions

Maluma, who opened up his shirt to reveal his “Medellin” chest tattoo, doesn’t want anyone to forget he comes from Colombia. It’s the reason why he’s opted to keep singing in Spanish, at a time when U.S. charts are finally embracing Spanish language artists and songs.

“Why should a star sing in English?” he asked, after saying how he’s gotten fans to sing along to his songs in concerts all over the world. “I don’t feel like that’s my essence. And I want to bring my essence around the world. And my essence is singing in Spanish and doing urban music and doing things that represent us.”

J.Lo also addressed her long-rumored Spanish album. “I’m always working on a Spanish album,” the singer quipped. But while she said album may not be coming any time soon, fans can expect the Marry Me soundtrack to feature a bilingual tracklist.

“I wanted to make an album in English and Spanish. I wanted it to be the first English movie that had a bilingual soundtrack,” she shared. And that informed who they were hoping to get for the role of Bastian. “So then we started thinking, ‘OK, who right now is the hottest Latin guy out there who’s making music, and who could act?’”

The answer was obvious: Maluma, who continues to be amazed by the fact that his first-ever movie was opposite Lopez and Owen Wilson. Moreover, as the two shared, having Maluma on board helped further broaden the musical world of Marry Me. Creating songs for Bastian and Lopez’s Kat Valdez was a challenge the two were more than happy to take on.

“This album was actually really difficult because I wasn’t making a J.Lo album. I wanted it to be different than the things that I had done. And also, I was weaving in the songs and writing them for the story,” Lopez added, noting that by the time Maluma joined the film, they got to work on ways of incorporating his sounds and his songs into the finished product.

Fans have already gotten a taste of two of the songs from the film, “Pa Ti” and “Lonely,” which originally had a different and decidedly more controversial title: “Negrita del Bronx” (“Little Black Girl from the Bronx”). A title, the two admitted, they loved.

“They liked ‘Lonely’ better,” Lopez explained, using air quotes around “they,” leaving it unclear who she meant or why the song title (but not the lyric it echoes) was changed to “Lonely.”

“But we like ‘Negrita del Bronx’ better,” Maluma added. 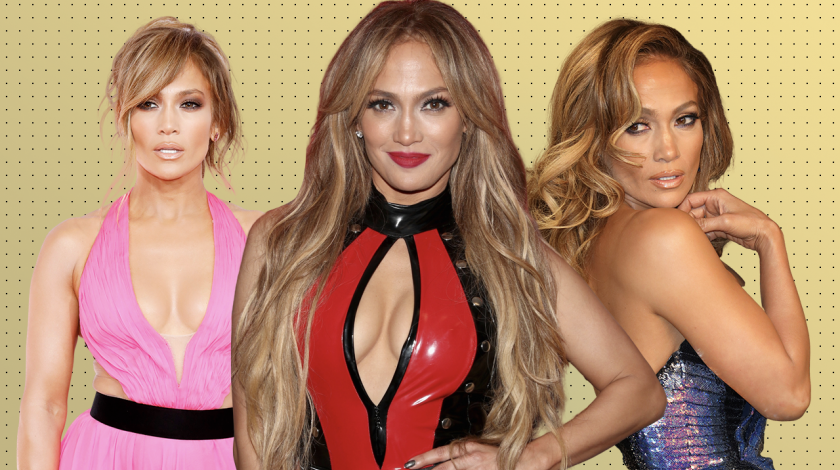