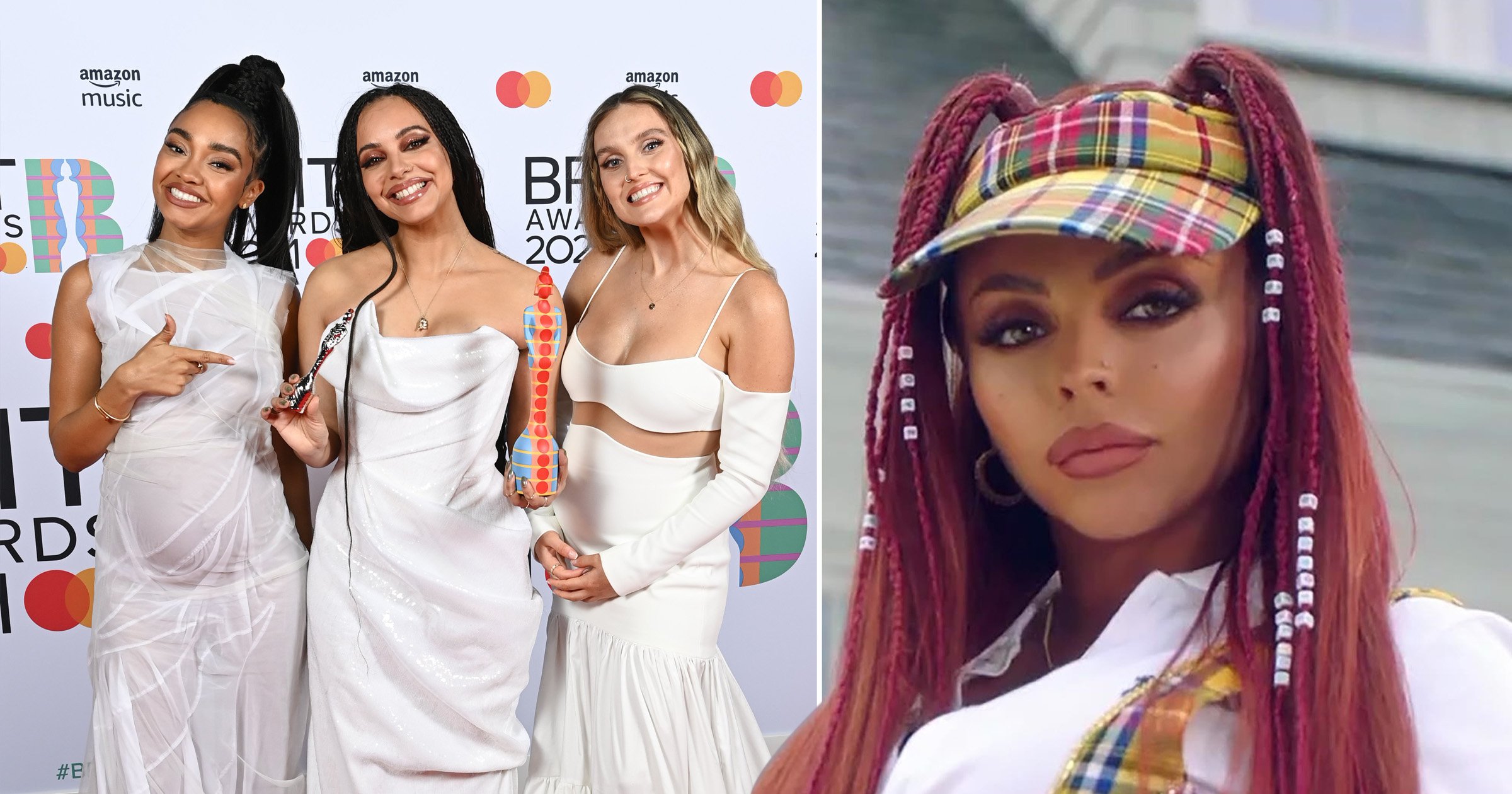 Jesy Nelson reportedly didn’t tell Little Mix or their management she was leaving directly, letting them find out through their lawyers instead.

The singer, 30, quit Little Mix in December after nine years, stating that she was finding it difficult being in a girl band and being compared to her three bandmates.

While both she and the band released statements wishing each other well at the time, sources have since claimed she did not address the split with Leigh-Anne Pinnock, Perrie Edwards and Jade Thirlwall in person.

A source told the Daily Mail: ‘Jesy created this scenario. She left the band without telling the girls or management directly and they heard about it through her lawyers.

‘Those around her have been supporting her for ten years and protected her and are devastated over all this.’

It comes after a social media star exposed DMs Leigh-Anne had allegedly sent him, jokingly suggesting he do a video about Jesy ‘blackfishing’ in her new video for Boyz, as well as telling him: ‘She blocked us. Cut us off. Horrible person.’

Tensions between Jesy and Leigh-Anne also reached a head when Jesy appeared on an Instagram Live with Nicki Minaj, who features on her first solo track, to address the DMs.

Jesy was seen laughing along as Nicki accused Leigh-Anne of being envious that Jesy had gone solo, calling her a ‘jealous clown’.

The Leigh-Anne DM exchange was said to have left Jesy ‘devastated’, with a sources adding she couldn’t believe ‘someone she once called family could be so cruel.’

An insider added to the MailOnline: ‘It’s not fair to criticise Leigh-Anne over this. She was just upset as were others over blackfishing, and social media is awash with it.’

They also claimed that Leigh-Anne had addressed ‘blackfishing’ – when a white person emulates black attributes to benefit from them – with Jesy prior to her leaving the band.

Metro.co.uk has reached out to Jesy Nelson’s reps for comment.

Danica McKellar: 25 Things You Don’t Know About Me!