It wasn't long after announcing their split that Julianne Hough and Brooks Laich found themselves at the center of reconciliation rumors.

The two have routinely supported one another publicly and have even commented on one another's social media posts.

Similarly, Laich has proven to still be close to Hough's brother, Derek.

Now, a source has told People magazine that the famous pair are "definitely working on their marriage again."

The insider added that "reconciliation is looking more and more likely." 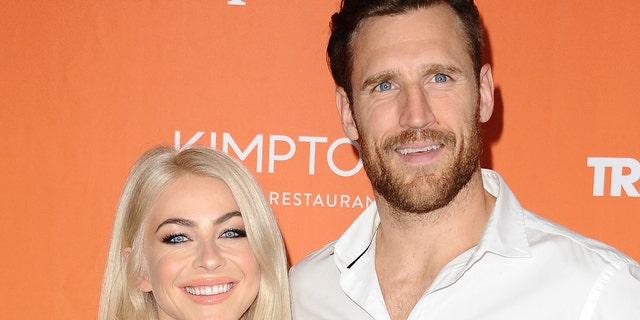 Julianne Hough (left) and Brooks Laich announced their split in May, but reconciliation rumors have swirled in recent months. (Photo by Jason LaVeris/FilmMagic)

Reps for Hough, 32, and Laich, 37, did not immediately respond to Fox News' request for comment.

This isn't the first time that a reunion between the two has been mentioned.

“They are both a bit anxious and in the past have gone back and forth in terms of their relationship, so things are always up in the air with them,” a source told Us Weekly in July.

They added: “But they are not back together even though Julianne fully does want him back.”

Similarly, Laich is "definitely still open to getting back together with Julianne," an insider previously told People.

"If that were an option, he would be all in," they said. "Her friends and family love him, and everyone is pulling for him. He's a great guy, and they would love to see Julianne give things another chance."

Adding fuel to the fire is a recent Instagram post from Hough, which featured a reunion between herself and Koda, Laich's dog.

The post contained a picture and video of Koda resting his head on top of Hough's.

"This sweet boy loves his momma," she wrote in the caption.