Having fun! Becca Kufrin and Blake Horstmann are “both single but aren’t dating one another,” a source exclusively tells Us Weekly amid relationship rumors.

Everything Becca and Blake Have Said About Their Relationship

“Becca and Blake are just friends,” the insider says, noting that just because they have been seen “flirting with each other, doesn’t mean they’re dating.”

Horstmann, 32, was the runner-up from Kufrin’s season of The Bachelorette in 2018. The Minnesota native, 31, ultimately gave her final rose to Garrett Yrigoyen, and he proposed during the season 14 finale. 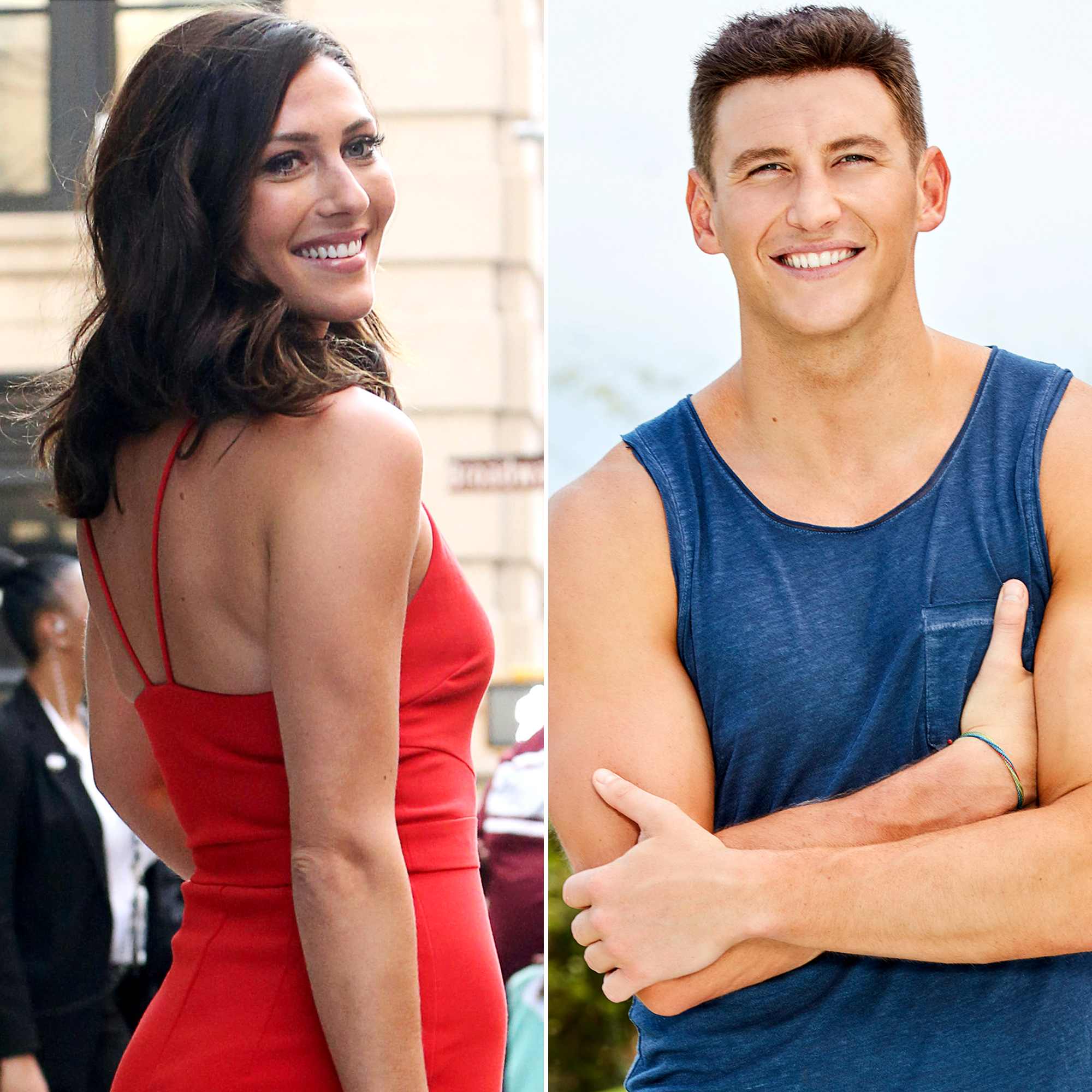 The Bourdon creator confirmed in September 2020 that the pair called it quits after two years. The breakup came after months of speculation that there was trouble in their relationship after Yrigoyen, 32, made controversial comments in support of the police amid the Black Lives Matter protests in June 2020.

Since her public breakup, fans have been rooting for a rekindled romance between Kufrin and the “Behind the Rose” cohost, but for now, they’re just friends.

The former publicist and the DJ “both care a lot about each other and have always been supportive of one another,” the source tells Us, adding that they “run in the same group and hang out from time to time.”

In March, the Colorado native spoke out about fans desire for him to get back together with Kufrin following her failed engagement.

“Me and Becca have a great relationship. We talk, we’re friends,” he explained on Us’ “Here for the Right Reasons” podcast at the time. “And also, the way her and Garrett ended — I think people just want to see me and Becca happy, which is a compliment, like, it means a lot. It really, really does. We’re close friends and everything. And we’re, like, always gonna have each other’s back and care for each other. But I don’t know why everybody was shipping us or still is shipping us so hard.”

Although the exes insist that aren’t romantically involved, they have sparked dating speculation based on their flirty dynamic recently.

Last month, Kufrin sent a heartfelt birthday message to Horstmann alongside a throwback photo of the pair celebrating with cake together.

Every Rose Has Its Thorn! Bachelor Nation Couples Who Have Split in 2020

“HBD @balockaye.h!” she wrote via her Instagram Story in April. “To celebrate, I’d like to share an embarrassing photo of when we were babies. At this moment I’m virtually shoving your face in a cake.”

The Bachelor in Paradise alum — who was previously linked to Hannah Goodwin, Caelynn Miller-Keyes and Kristina Schulman before going on the spinoff series — reposted the photo and captioned it, “Look at us babies” with laughing and heart-eyes emojis.

More recently, she jokingly gave him a rose during a night with friends as documented on Kendall Long’s Instagram Stories earlier this month.

Emma Corrin Shares Behind-the-Scenes of The Crown — Including Her Princess Diana Bridal Moment!

Inside the Bizarre History of 'Tiger King' Director Eric Goode

Olivia Jade was 'literally never at school,' she jokes in 2018 video