Kaley Cuoco is pregnant! The star, 36, announces she is expecting her first child, a daughter, with new beau Tom Pelphrey, 40, in 2023

Kaley Cuoco is pregnant with her first child.

The Big Bang Theory actress, 36, shared the news on social media on Tuesday as she held up a pregnancy test. The star is expecting the child with her boyfriend, 40-year-old Tom Pelphrey.

‘Baby girl Pelphrey coming 2023 beyond blessed and over the moon… I [heart] you @tommypelphrey !!!’ she wrote on Instagram.

In the new images both Kaley and Tom had wedding bands on their ring fingers suggesting they may have already wed. 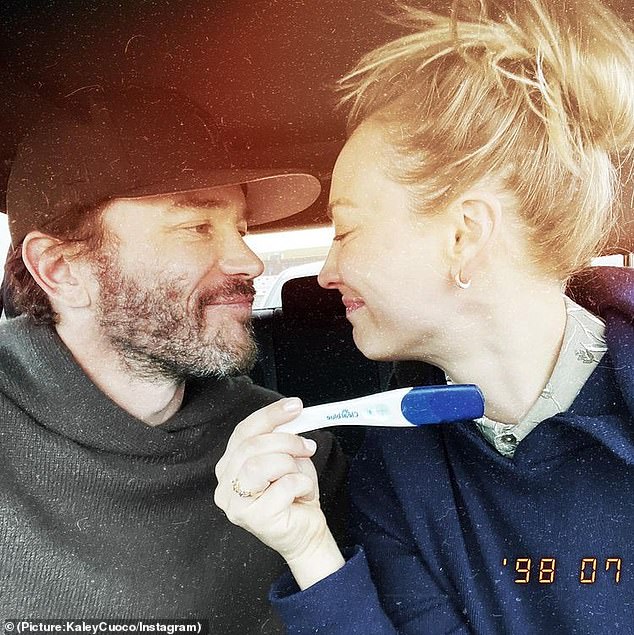 Sweet: Kaley Cuoco is pregnant with her first child. The Big Bang Theory actress, 36, shared the news on social media on Tuesday as she held up a pregnancy test

In one image she held up a pregnancy test as she smiled at her beau.

In another, they were showing off the cake that was a reveal that they were expecting a girl. And in another image, Kaley showed off her bare baby bump as she wore a bra.

They were last seen together in mid September at HBO Max’s post-Emmy bash at San Vicente Bungalows.

The star put on a loved up display with her boyfriend.

They made their relationship red-carpet official during the earlier Emmy Awards.

Cuddling up to her 40-year-old beau, the star was pretty in pink in a Dolce & Gabbana tulle dress, while her boyfriend opted for a classy black tuxedo. 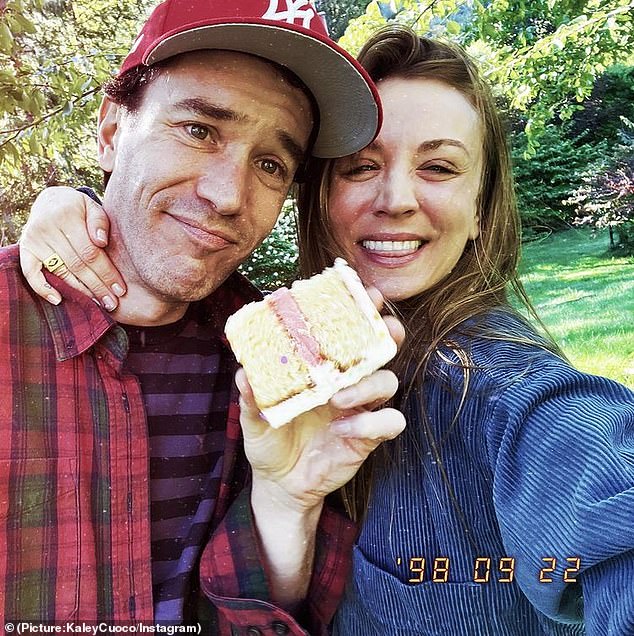 Her man: The star is expecting the child with her boyfriend, 40-year-old Tom Pelphrey 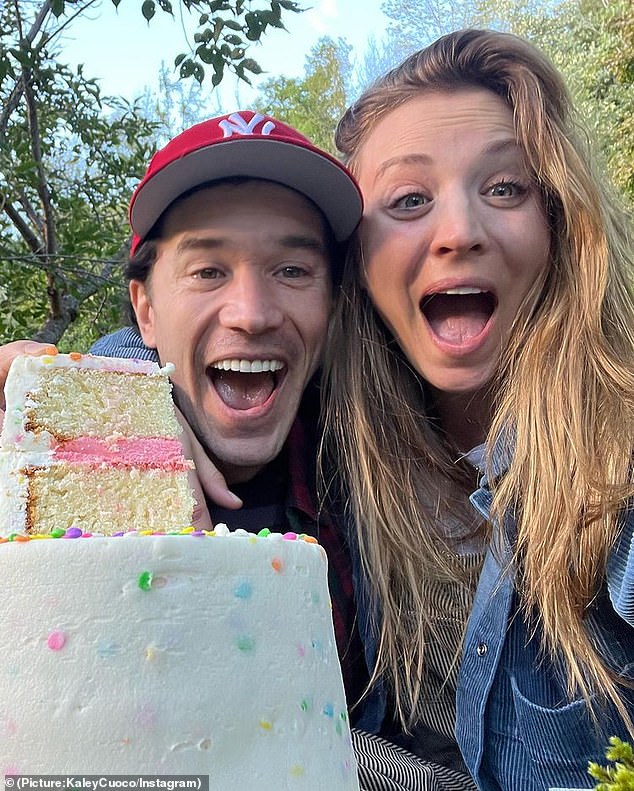 Gender reveal: ‘Baby girl Pelphrey coming 2023 beyond blessed and over the moon… I [heart] you @tommypelphrey !!!’ she wrote on Instagram 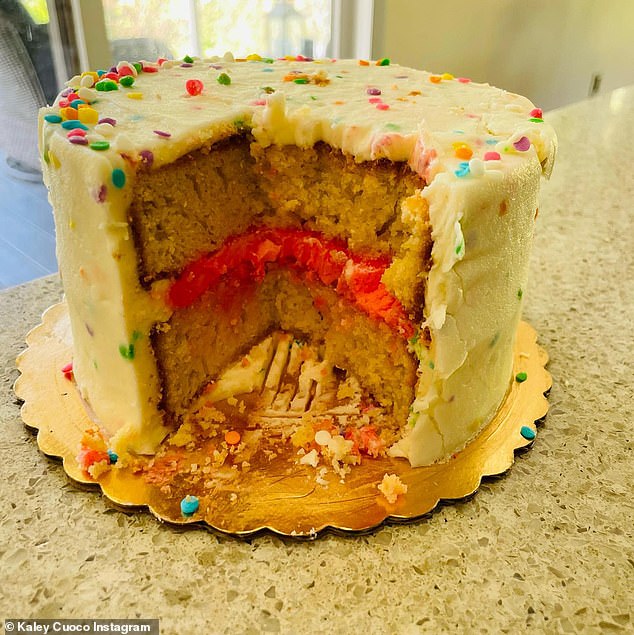 The cake said it all: The center of the cake had pink frosting which meant she is having a girl

The pair appeared in high spirits as they enjoyed the event, which was exclusive for Emmy nominees.

Wrapping an arm around one another, the smitten couple beamed for the camera as they enjoyed some drinks – with Ozark star Tom keeping his eyes locked on Kaley.

The lovebirds went public with their relationship in March. 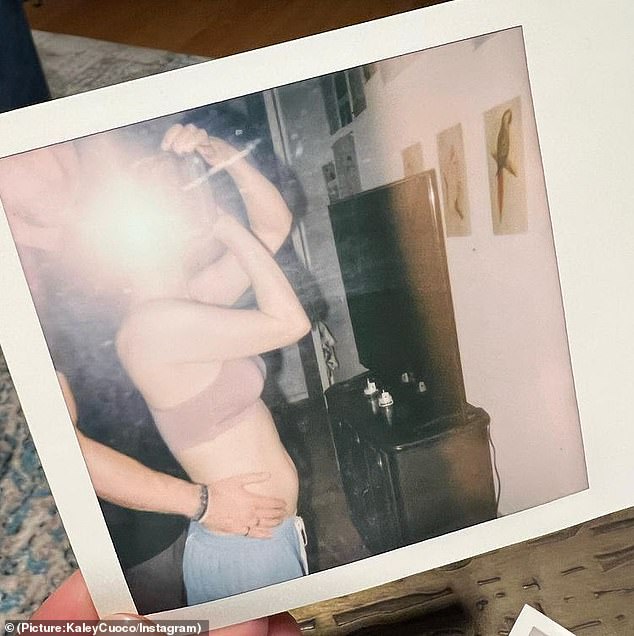 There is the bump! She also showed off her belly as she wore a bra; his hand was on her side

But finally crossing the A-list rite of passage, they took the relationship red-carpet official during the 74th annual Emmy awards show.

Kaley was nominated for Outstanding Lead Actress in a Comedy Series for the second year in a row for her acclaimed HBO Max dark comedy thriller The Flight Attendant. 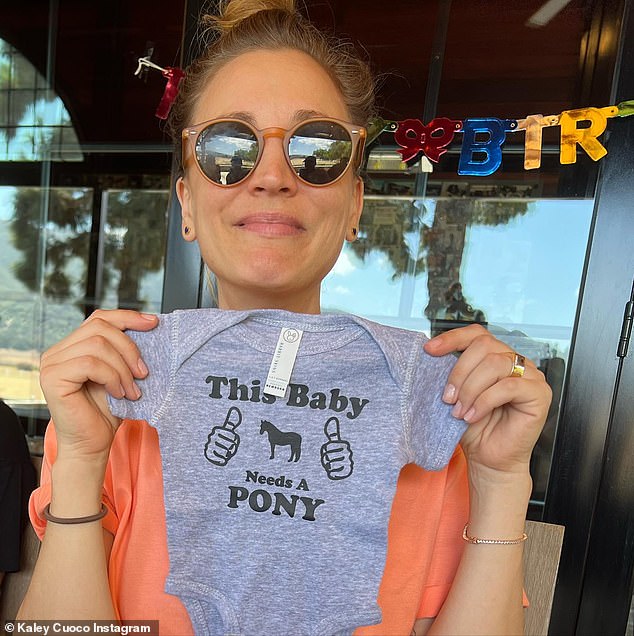 She is already preparing: She held up a onesie that said, ‘This baby needs a pony’ 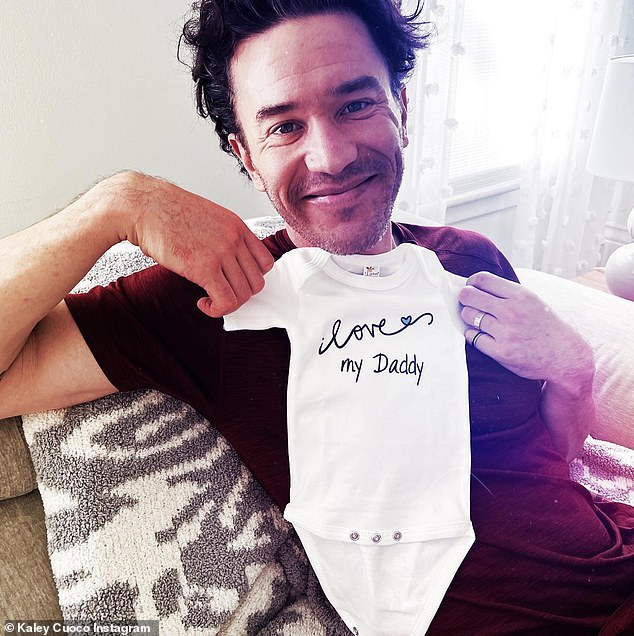 So cute: He flashed a wedding band as he held a onesie that said, ‘Love my daddy’ 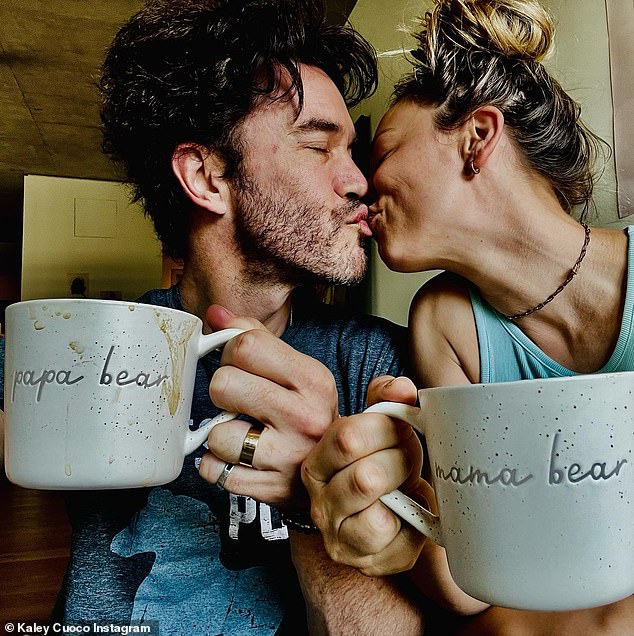 The cuteness is real: He held up a mug that said Papa Bear whereas hers said Mama Bear 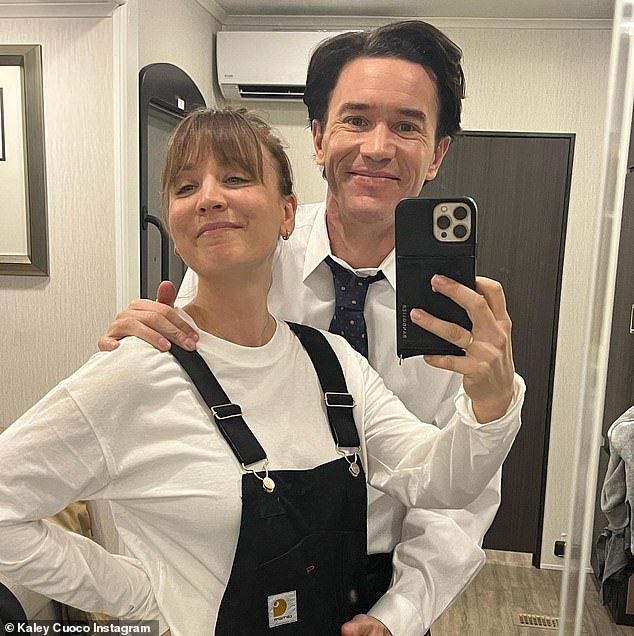 She is already in maternity overalls: Cuoco beamed with pride in this selfie; she too had on a wedding band

She stars in The Flight Attendant as the leading character, who is addicted to alcohol and has risky trysts with her passengers.

When she wakes up in Bangkok next to a passenger she hooked up with on a flight, only to discover that he has been murdered, she is thrust into a dangerous world of international intrigue.

While Tom was also a nominee as well for Outstanding Guest Actor in a Drama Series for Ozark. 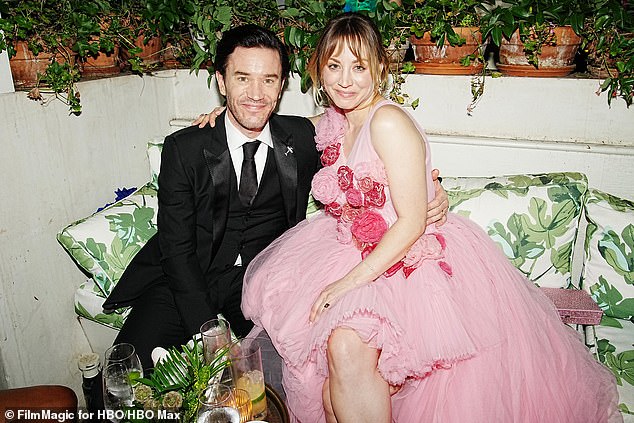 Close: The couple was last seen at an Emmy party in mid September 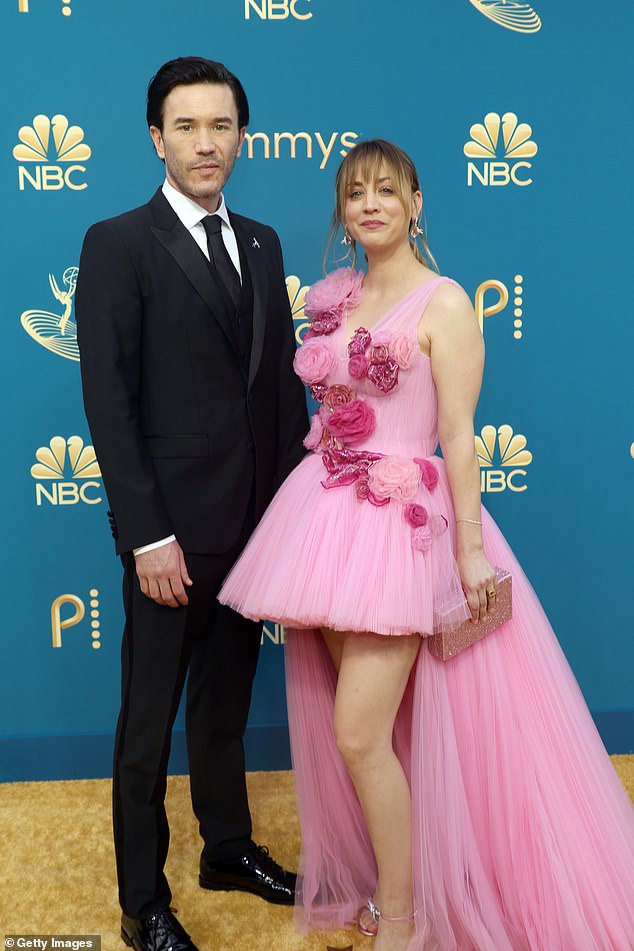 Going public: Kaley and Tom made their red-carpet debut earlier on at the 2022 Emmy Awards in Los Angeles 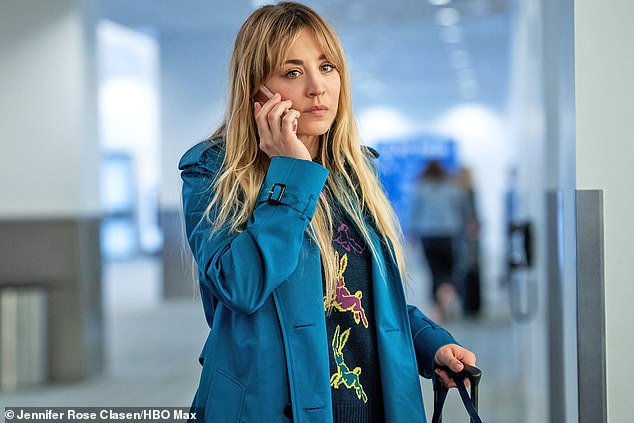 Acclaimed: Kaley stars in The Flight Attendant as the title character, who is addicted to alcohol and has risky trysts with her passengers, until she’s drawn into a shady world when she wakes up next to a murdered passenger

After her second divorce, the star claimed that she never planned to get married again.

But describing her first meet with Tom as ‘love at first sight’, Kaley recently told USA today: ‘We have the same manager [Andrea Pett-Joseph], and we were set up by [her], which is so Hollywood. She’s like, “Oh my God, I think you guys are perfect for each other.”‘

90 Day Fiancé's Jorge Talks Ex Anfisa, If He Would Return to the Show