It’s been 11 years since Carole Middleton, 67, and her husband Michael, 73, watched their eldest daughter the Duchess of Cambridge tie the knot with Prince William in a very high-profile wedding.

While thousands of people tuned in to watch their daughter’s big day, little is known about the Middletons nuptials. Following the couple’s 42nd wedding anniversary, we take a look back at Kate’s parents’ relationship, from Carole’s sparkling engagement ring to her unseen wedding dress…

How did Carole and Micheal Middleton meet?

Carole met flight dispatcher Michael while she was working as a flight attendant for British Airways.

Although it is not known what engagement ring Micheal originally gave his wife, Carole has been spotted with two gorgeous rocks on her left hand over the past few years. The first was a solitaire diamond which was nestled next to her gold wedding band when she visited Kate and Prince at the Lindo Wing at St Mary’s Hospital shortly after Prince George was born in 2013. 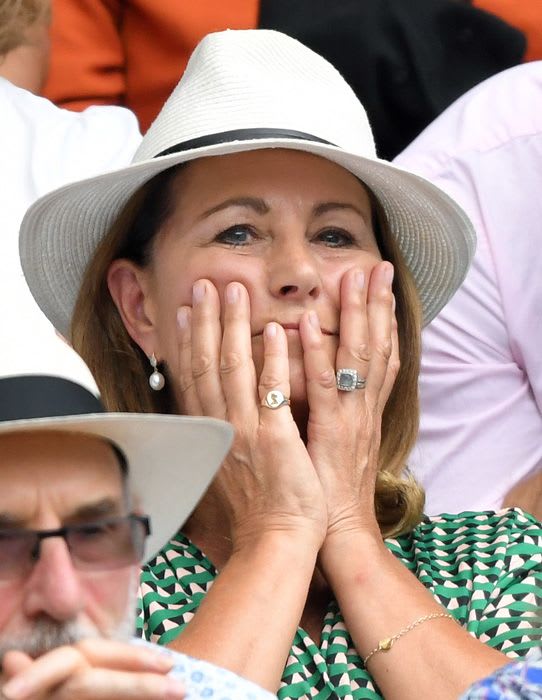 A few years later, however, Carole was pictured wearing a stunning engagement ring which was visible when she attended the Wimbledon Tennis Championship in 2017 and 2019.

Not dissimilar to her daughter Pippa‘s art deco style, which is estimated to cost around £200k, it features a square blue stone in the centre surrounded by diamonds.

When did Carole and Micheal Middleton get married?

The pair got married on 21 June 1980 in Buckinghamshire, which means they marked their 42nd anniversary on the same day as their son-in-law Prince William’s birthday, shortly after Father’s Day.

While they have not released any photos of their wedding day, we now know what bridal dress Carole wore thanks to her son James’ recent wedding with Alizee Thevenet.

James and financial analyst Alizee got married in France in September 2021, and shared their wedding photos exclusively with HELLO!. Alizee opted for a casual floor-length white bridal gown with a Bardot neckline, floaty sleeves and embroidered detailing, which was the exact one her mother-in-law wore back in 1980.

“While talking about dresses with Carole and sharing ideas during lockdown for inspiration, I tried on her wedding dress and fell in love with it,” she said.

“It fitted me perfectly and was exactly what I wanted. It always troubled me that wedding dresses are only worn once so it was amazing to give such a beautiful dress a second lease of life.”

How many children do Carole and Micheal Middleton have? 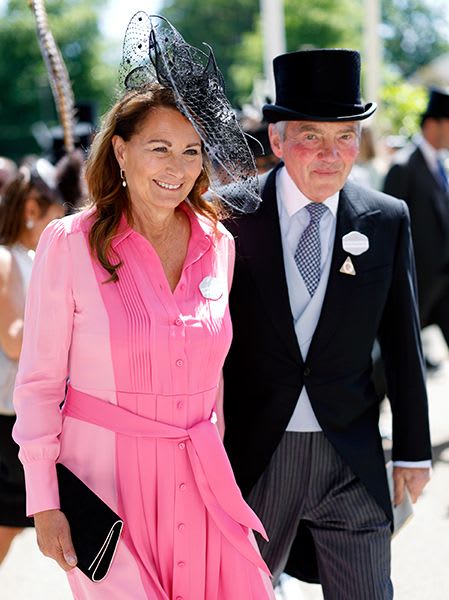 The couple are parents to three children. They welcomed their first child Catherine in 1982, followed by Pippa in 1983 and the youngest child and only son, James, in 1987.

All have since had weddings of their own, and Carole and Micheal are now grandparents to Kate and William’s children Prince George, Princess Charlotte and Prince Louis, and Pippa’s children with her husband James Matthews, Arthur and Grace.

Adam Lippes on How It Feels to Dress the First Lady