“I know I can’t speak for anyone else’s experience besides my own but I want to acknowledge that I have only ever had positive takeaways from my time with Ellen & on the @theellenshow,” the “Smile” singer, 35, tweeted on Tuesday, August 4. “I think we all have witnessed the light & continual fight for equality that she has brought to the world through her platform for decades.”

She added, “Sending you love & a hug, friend @TheEllenShow.”

Perry has been interviewed and performed on The Ellen DeGeneres Show a number of times through the years. She most recently appeared on the daytime talk show in September 2019, when she discussed her engagement to Orlando Bloom and her past feud with Taylor Swift, among other topics. (The American Idol judge is now expecting her first child with Bloom.)

Perry was one of the nine celebrities that Nachos Figueras called on to support DeGeneres, 62, on Sunday, August 2. In an Instagram post, the polo player, 43, wrote, “We love Ellen right?” and tagged stars including Jennifer Aniston, Jennifer Lopez, Michelle Obama, Pink and Justin Timberlake. Figueras also called the Emmy winner a “great human being.” 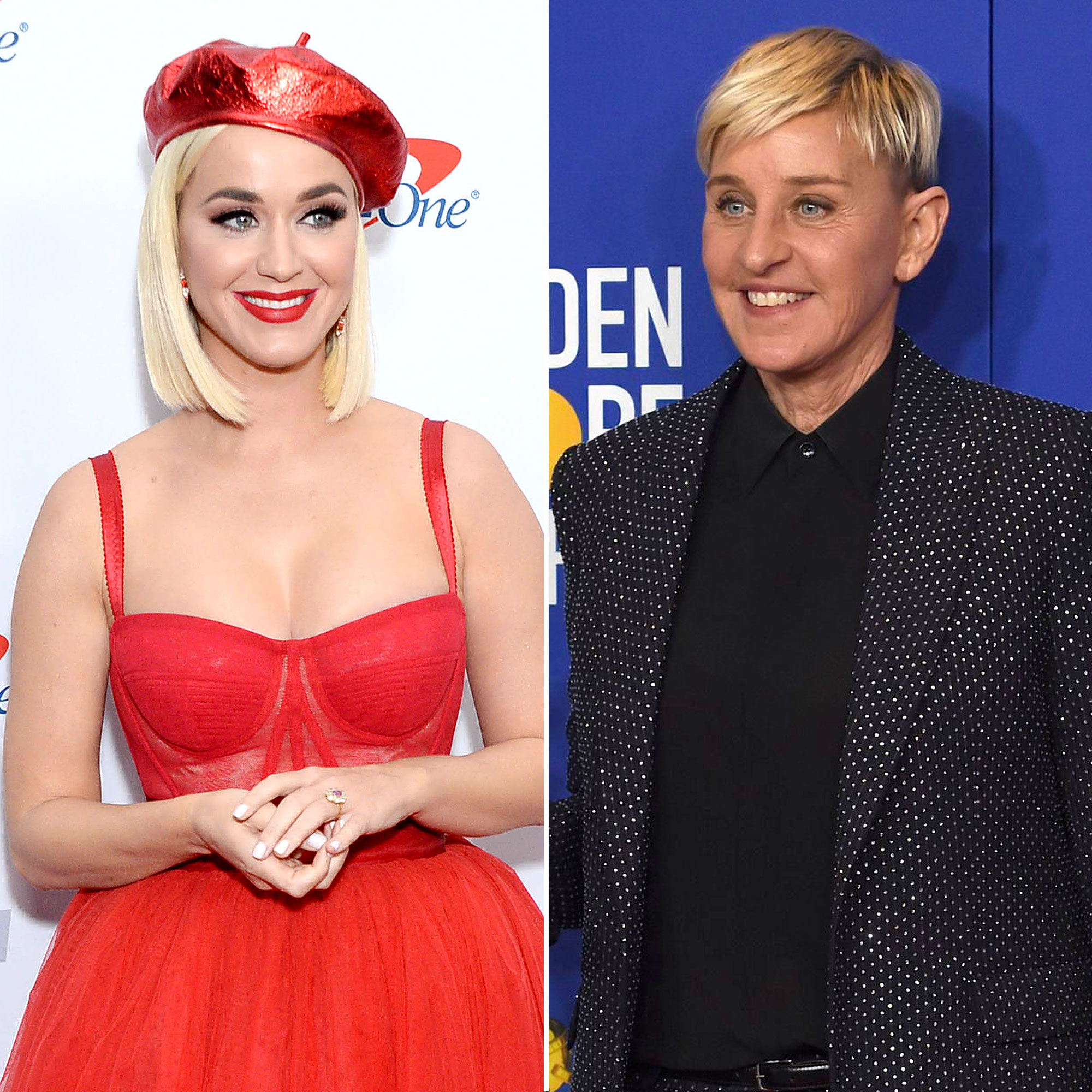 Ellen DeGeneres Through the Years

DeGeneres, who has been dogged by rumors about her behavior for years, faced a great deal of backlash in July after BuzzFeed News published two damning reports about her and her staff. The first alleged that Ellen DeGeneres Show employees have been subjected to racism, fear and intimidation, while the second accused multiple executive producers of sexual misconduct, which they denied.

The reports led Warner Bros. to launch an investigation into the talk show, which premiered in September 2003. The studio told BuzzFeed News on Thursday, July 30, that its “preliminary findings … indicated some deficiencies related to the show’s day-to-day management,” although the probe is still underway.

DeGeneres apologized to her staff in an internal memo on Thursday, writing in part, “On day one of our show, I told everyone in our first meeting that The Ellen DeGeneres Show would be a place of happiness — no one would ever raise their voice, and everyone would be treated with respect. Obviously, something changed, and I am disappointed to learn that this has not been the case. And for that, I am sorry.

A source exclusively told Us Weekly that producers held a call with staffers on Monday, August 3, and assured them that “the show will go on” and that the host “is not giving up.”