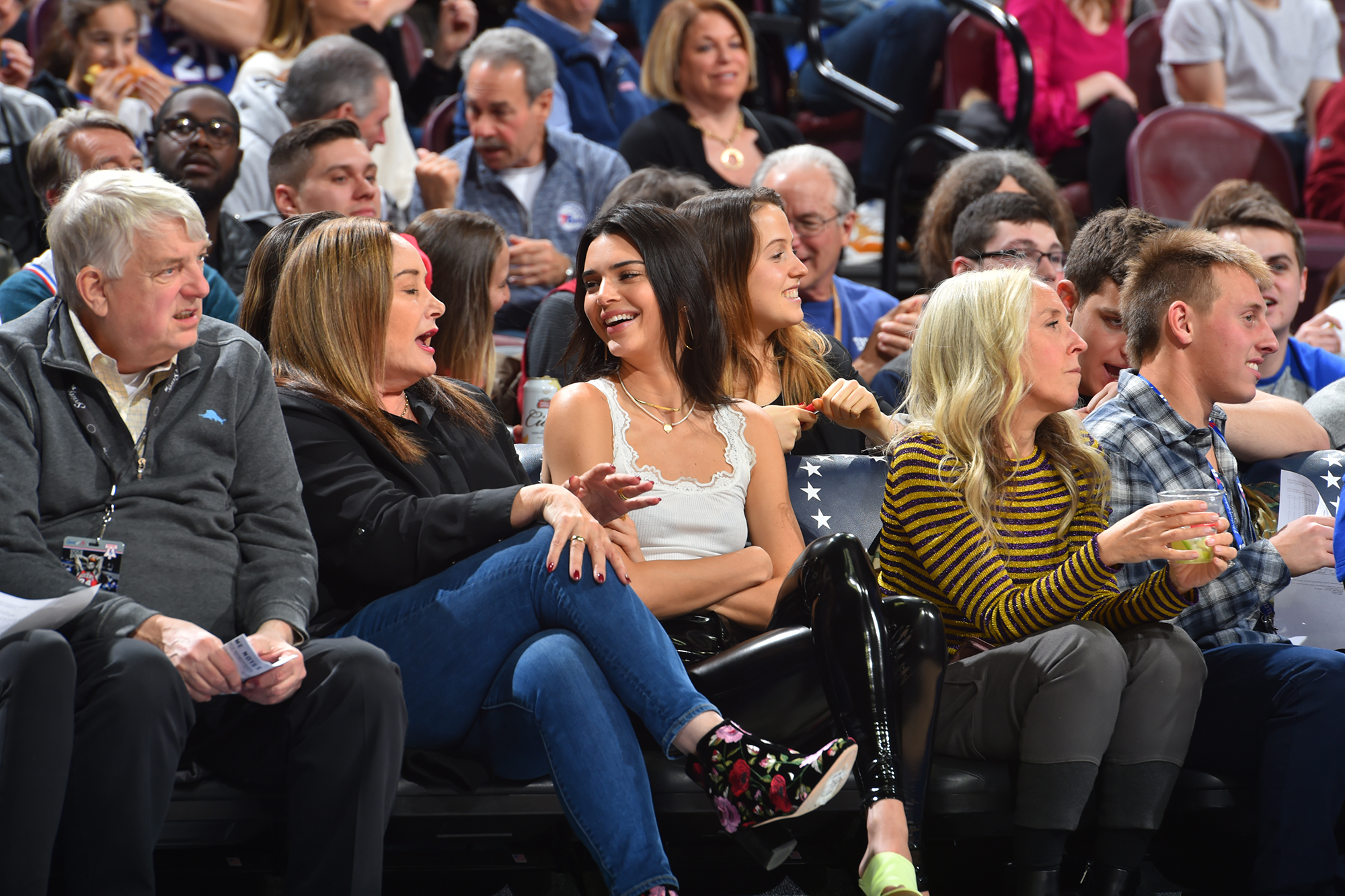 Family bonding! Kendall Jenner was all smiles as she sat courtside with Ben Simmons’ mom, Julie Simmons, at the Wells Fargo Center in Philadelphia while his team took on the Washington Wizards.

Jenner, 23, sported a white lace tank top and leather pants as she and Julie laughed together during the 76ers game on Friday, November 30.

The outing comes just days after a source exclusively told Us Weekly that the model and NBA player “are not together but they’re hanging out.”

The insider added: “They’re not exclusive and they’ll never be boyfriend [and] girlfriend, but they’re still having fun and hooking up. Kendall likes hanging out with Ben – he’s funny and can relate to a lot of things that Kendall relates to.”

Jenner and Simmons have been spotted out and about recently in Philadelphia, including a Monday, November 26, stop into Whole Foods to grab soup from the market. Despite splitting in September after four months of dating, the two continue to remain close.

“He’s in the spotlight and understands that they need to be on the down-low. He also travels and works as much as she does, so it works for them,” added the insider of what the two share in common. “Kendall values her privacy more than any of her sisters, so you will rarely see [her and Ben] out together officially.”

The Victoria’s Secret angel has also been on hand to cheer on the athlete, 22, at multiple games this season. Last month, Jenner jokingly booed her sister Khloé Kardashian’s beau Tristan Thompson during Simmons’ game against the Cleveland Cavaliers. (Thompson, 27, made headlines for cheating on Kardashian, 34, while she was pregnant with their now 7-month-old daughter, True, in April.)

Colin Kaepernick Just Scored Another Huge Deal Off the Field