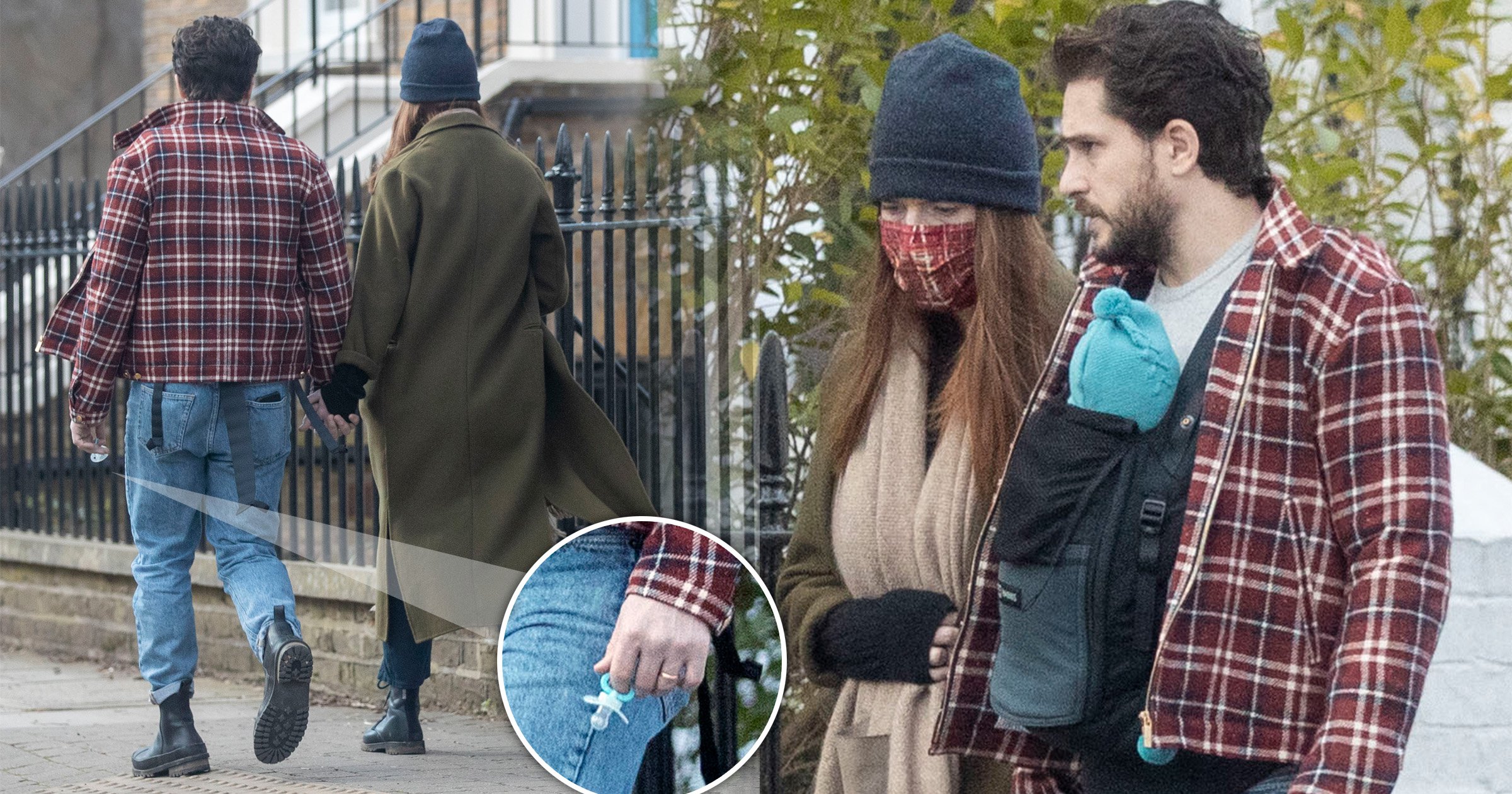 Kit Harington and Rose Leslie were proud parents as they took their baby boy for a walk.

The Game of Thrones stars welcomed their son recently, but have yet to share photos of their little one or share his name.

The new parents were spotted keeping their heads down on the streets of London with their bundle of joy.

Kit, who played Jon Snow on the drama, carried the newborn in a carrier on his chest on the low-key stroll, clutching a dummy in his hands.

The 34-year-old rocked a checked shirt and grey t-shirt, coupled with jeans and black boots.

She finished the look off with a navy beanie hat and cream scarf, with a patterned face mask.

The pair met on the set of the award-winning HBO series, with their characters becoming lovers.

The lovebirds announced their engagement publicly in 2017, and tied the knot the following year at a stunning castle in Scotland.

They were surrounded by their Game of Thrones co-stars, including Sophie Turner, Emilia Clarke and Maisie Williams.

Rose later confirmed their baby news by unveiling her bump in a stunning photoshoot for Make Magazine.

Chatting to the publication, she revealed that they had moved back to England to set up a family home together.

‘What a glorious thing to be able to run to the countryside and recoup,’ she said.

‘It’s a great privilege to be surrounded by greenery, birdsong and hedgerows, and our delightful neighbours. It’s so peaceful.’

While they have kept much of their pregnancy behind closed doors, Kit’s publicist confirmed their new arrival to Metro.co.uk, telling us: ‘They are very, very happy!’